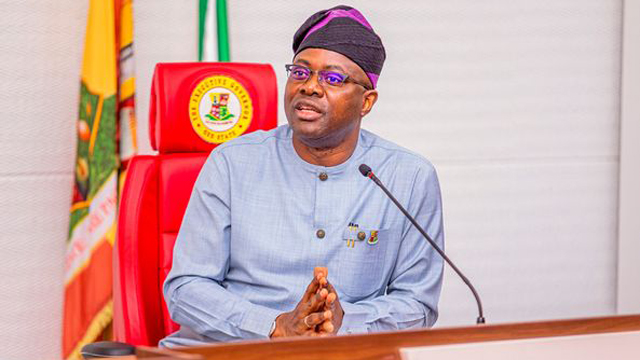 Offices of the Ibadan Electricity Distribution Company (IBEDC) in Ibadan metropolis, Oyo State, have been sealed on the order of the state government over outstanding tax debts.

The News Agency of Nigeria (NAN) gathered that the organisation had earlier disconnected electricity supply to the State Secretariat due to the huge amount of money owed by the state government.

In its swift reactions, the Oyo State Government, through Dr Wasiu Olatubosun, the State Commissioner for Information, Culture, and Tourism, said the state government, confirmed the closure of IBEDC offices due to debts owed by the company.

An official of IBEDC, who pleaded anonymity, told NAN:
“Yes, IBEDC owes some tax, but the amount is not as huge as the electricity bill the state government is owning.

“So, now we are saying that if they pay their electricity bill, we will pay the tax also,” the official said.

The IBEDC Chief Operating Officer, Mr John Ayodele, had in a statement intimated the customers on the development.

Ayodele said: “We appealed to the state government to look into the matter so as not to exacerbate the situation.

“The management of Ibadan Electricity Distribution Company (IBEDC) Plc hereby informs its esteemed customers of the retaliatory and illegal action of the state government over the issue of its huge indebtedness.

“The Oyo State Government on Wednesday, Feb.9, 2022, commenced the sealing of our offices within the state over some suddenly contrived debts labelled revenue bills and personal income without due notification.

“This issue of revenue bills and personal income arising now is quite suspicious.

“He said the Oyo State Government is owing IBEDC a whopping consumption outstanding of N450 million for over a period of three years.”

He said that the company, as part of efforts to get the outstanding pay initiated, several engagements, through correspondences and physical meetings, took place, but all these efforts yielded no result.

“No business in this country can run successfully with such a huge outstanding balance, the power we distribute to customers must be accounted for and paid for, we have no choice, but to disconnect the Oyo State Secretariat.

“So, it is worrisome to see that the government has sealed off our offices with these underhand and arm twisting tactics, instead of paying the debts owed.

“This was not done in good faith and it would have a damaging effect on the business and service delivery to our customers.

“The IBEDC Chief Operating appealed to the State Governor, Mr Seyi Makinde, to look into the matter in the interest of all concerned, as this would further exacerbate the power challenges and pressure on residents and commercial activities within the state.

“IBEDC engages in essential services to the public and the effect of this arm twisting tactics can at best be imagined, if not quickly arrested,” Ayodele said.

Olatubosun said that there was no truth in the news making the rounds that the state government sealed off the IBEDC offices in Ibadan, because the company disconnected the government office.

He said that the company had been owing revenues, totalling over N400 million in the last two years.

Olatubosun said that the state government had approached the High Court of Justice in Ibadan to seek an order to seal off the premises of IBEDC.

He said that this was because the company had been ignoring bills served it by the State Board of Internal Revenue Service for the past two years.

2023: Nigeria bleeding under APC, PDP must take over – Wike

2023: Nigeria bleeding under APC, PDP must take over – Wike