Ovation for Abiodun– the best governor on education 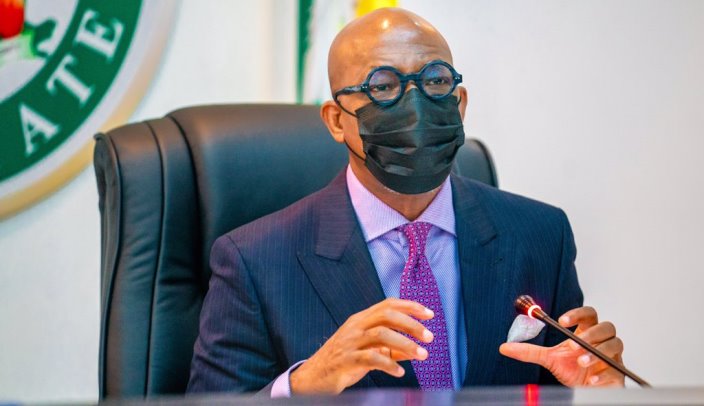 When Malcolm –X, the lateAfrican-American leader in the civil rights movement, stated that: “Education is our passport to the future, for tomorrow belongs to the people who prepare for it today”, he hit the nail right on its head.In fact, from the global perspective,the Agenda 21 of Report of the United Nations defines Sustainable Development as one” that meets the needs of the present without compromising the ability of future generations to meet their own needs”. Furthermore, in December 1992 the UN General Assembly established the Commission on Sustainable Development (CSD) which came up with 13 items on Sustainable Development Goals (SDGs).

Amongst these are reduction of poverty and hunger, granting access to safe water and sanitation, affordable clean energy and of course, quality education and equality. Several countries across the world which have willing signed to the SDGs have to walk the talk on the implementation of these goals.

Emmanuel Onwubiko: How not to be a finance minister

It is gratifying therefore, that here in Nigeria, which ranks as the country with the highest number of school-aged children who are out of school, a state governor decided from the first day in office to give priority attention to deliver the dividends of democracy through quality education mantra.Perhaps, he must have been driven by the wise words of the avatar, Nelson Mandela who stated that: “Education is the most powerful weapon which you can use to change the world”. And as Charles Rangel rightly noted: “A quality education grants us the ability to fight the war on ignorance and poverty”. That governor is none other than the visionary, focused and goal-getting Prince Dapo Abiodun of Ogun State.

Ogun state again, one might ask? Yes, of course, because to non-indigenes, the state symbolizes the most profound influence of western education in Nigeria. For instance, it was there that ‘Iwe-Irohin’, Nigeria’s first-ever published newspaper in English and Yoruba came to Nation’s public sphere and ran for eight good years (1859-1867).

It is worthy of note that the mere mention of ‘Ogun state’ triggers waves of nostalgia sweeping the fecund mind with perfect pictures of Professor Wole Soyinka, (the first African Nobel Laureate in literature), Professor Adeoye Lambo (the late professor of medicine of international repute); late Fela Anikulapo Kuti (Africa’s most iconic and influential musician ever) and of course, late Chief Obafemi Awolowo, (the political enigma whose tremendous achievements in the field of education remain a reference point till date). We cannot but also mention the political juggernaut, Chief Aremu Okikiola Obasanjo, aka OBJ who has remained a defining factor and force in Nigeria’s effervescent political environment for decades.

But let us get down to the brass tasks. What exactly are the unique offerings and landmark achievements of Governor Abiodun in the critical field of education that have earned him the prestigious laurel as the best governor in that sector for Year 2020? That is the million-Naira question. The answers are not far-fetched.

According to the president of the National Parents’ Teachers Association(NPTA),Chief Adeola Ogunbanjo, the innovative and impactful ideas Abiodun has brought to bear in the sector include free education, stoppage of education levies, offering of automatic employment to best graduating students in higher institutions, renovation of schools and increase in students enrollment. These are some of the factors that led to the award.

Ogunbanjo noted that: “During the COVID-19 pandemic, no incident was recorded in Ogun schools. Of course, this was possible because the governor brought his managerial skills into play. We see you as education -friendly governor and that is why we are giving you this award as the best Governor in education for 2020”.The NPTA President, also described the “OgunDIGI” Class as an innovation that was able to keep the students in the state busy during the pandemic, calling for its adoption by other states across the federation.

Not left out of the thumps-up and accolades for the state governor in the same regard is the statement by the National Association of Ogun State Students (NAOSS). According to the National President, Comrade Gbemileke Ogunronmbi, the members acknowledged Governor Abiodun as the most student-friendly governor in the history of the state. The association attributed the unprecedented development in primary, secondary, and tertiary levels of education to the commitment of the governor to restore the lost glory of education in the State.

“We commend the courage, resilience, and doggedness of Governor Dapo Abiodun in reviving the education sector of the state. The governor has shown to all the good people of the state that nothing is impossible to achieve if only one sets his mind to it. He went on to list the specific areas that have turned the education fortunes around for good.

For instance, he listed the long-neglected Moshood Abiola Polytechnic (MAPOLY), Abeokuta which he describedwas like “a walking corpse”. But with Governor Abiodun’s a intervention, today, MAPOLY is back on her feet, with a good number of employed staff, matriculated students, robust IGR, and an overall working system”.

Similarly, he mentioned the Tai Solarin College of Education (TASCE), Omu, Ijebu which was shut down for almost two years as a result of the crisis that engulfed the school by the previous administration.But graciously, in less than two months in office, Governor Abiodun set up a visitation panel to make reformatory recommendations on the situation of the school and in November 201. The governor inaugurated a 12-member Governing Council chaired by Chief Yemi Adefulu, and good enough currently TASCE has returned to its old glory, having held its first combined convocation ceremony. He added that: “One of the most remarkable achievements of Governor Abiodun is the rehabilitation of 236 primary schools across all the wards in the state”.

Another remarkable and innovative feat by Governor Abiodun-led administration is the focus on technical and vocational education as a means of taking the youth out of the unemployment market. Towards attaining the aims and objectives of the project the government has revitalized some of the technical colleges to train artisans. He has also set up a TechHUB facility to enable youths leverage on Information and Communication Technology (ICT).

Going by his response to the award, the governor explained that the ongoing rehabilitation of primary schools across the state was to provide the right environment for teaching and learning, assuring that the gesture would be extended to secondary schools and technical colleges. And he also stated that the government was working towards a uniform curriculum, with fibre optics cables currently being laid to educational institutions to enable students have access to Internet service and allow for e-learning.

All these remind us of Mandela’s statement that: “When learning and teaching continually improves, everything improves. Quality is never an accident; it is always the result of intelligent effort.” And with all these laudable achievements, Abiodun reminds us of the valid position of late John F. Kennedy that:” All of us do not have equal talent but all of us should havean equal opportunity to develop our talents”.

It is therefore, big kudos to Governor Abiodun for being a torch bearer as handed over by the great, brilliant-minds of the older generation. He should keep holding aloft the bright beacon in the long, dark tunnel of ignorance and history will surely judge him right.

The key to high-quality drinks and happy consumers