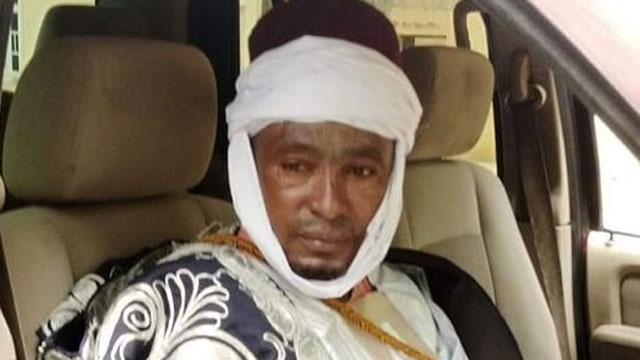 Outrage and rejection have continued to trail the purported plan by some Shuwa Arabs, said to be an ethnic group from Borno State to crown one Idris Adanno as the Sultan of Shuwa Arabs of Edo State.

Reacting to the development, the Edo State Government condemned the planned coronation describing the move as sacrilegious and threat to peace and security in the state.

In a statement issued in Benin City by Secretary to the State Government (SSG), Osarodion Ogie, the government assured citizens that the state government would take firm and decisive action to prevent the actualisation of the illegal act.

Traditional ruler of Eyaen, Prince Osazuwa Aiwerioghene Iduriase, denied knowledge and involvement in the plan, which ceremony was scheduled for August 21, 2021 at his Rialto Hotel.

Iduriase maintained that he was not a part of the plan to install a sultan in Edo State and Benin Kingdom in particular, noting that he was aware that there could never be another monarch in Benin Kingdom apart from Oba Ewuare II. He added that the Benin Kingdom recognised only the Sultan of Sokoto.

Besides, President of Benin Solidarity Movement (BSM), Curtis Eghosa Ugbo, said Benin indigenes would resist what he described as ‘an evil act’ by persons who are bent on fomenting trouble.

“This will never happen in the Benin Kingdom, we are Benin. We want the security agencies to trail the individuals. We express displeasure at the plan, because in Benin Kingdom, we only recognise our Oba,” he said.

Also, Coordinator of Great Benin Descendants (GBD), Imasuen Izoduwa, said the organisation would meet and lock up the proposed venue of the coronation for allowing what he described as “such nonsense in Edo land.

On his part, Amos Ehinomen Uagbor said: “Is this obtainable elsewhere?
We should now have Oba and Sultan in Edo State? In fact, the venue should be sealed.”

When contacted on the telephone, a man, who identified himself as Hassan Yakubu Jidda, confirmed the planned ceremony adding: “We have already done the coronation with Seriki Hausa and we are planning the party to celebrate the coronation. The Oba of Benin and the state government are aware.”