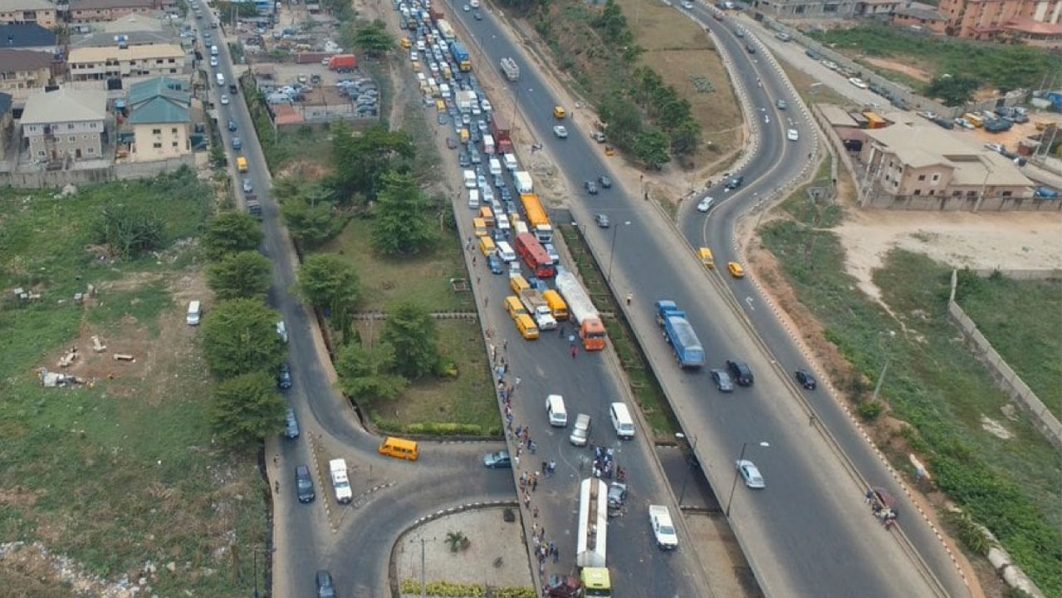 A 40-feet container on Sunday crushed two cars, leaving one person dead and the other injured on the Otedola Bridge, the News agency of Nigeria (NAN) reports.

Mr Nosa Okunbor, the Head of Public Affairs, Lagos State Emergency Management Agency (LASEMA), who confirmed the incident, said that the remains of the victim were claimed by his relatives.

He also said the yet to be identified but injured driver of the container-laden truck that crushed the two cars was ferried to the Trauma Centre near FRSC Office by old Lagos-Ibadan Toll Gate.

“LASEMA in a just-concluded operation involving one fatality, rescued a seriously injured truck driver at the Otedola bridge incident scene this morning, July 18.

“The yet-to-be-identified injured truck driver conveying the 40 feet container that crushed two vehicles which left one driver dead, was hurriedly ferried to the Trauma Centre.

“Remains of the late driver of one of the vehicles, one Mr Lawal, has been claimed by his relatives as the agency worked assiduously to evacuate all impediments from the road,” he said.

He said the situation reports upon arrival at the scene showed that the 40 feet container on a truck with an unknown registration number fell on the two cars.

“One adult male lost his life, while the driver of the container truck sustained serious injuries and has been rushed to the Lagos Trauma Centre.

“The affected vehicles have been evacuated off the road with the agency’s light and heavy-duty equipment.

“LASEMA Response Teams, NEMA, FRSC and LASTMA were joint responders in the recovery operation,” he said.

He added that the road was cleared of every impediment and ready for vehicular movements.