Osun 2022: Oyetola candidature will be bad for APC – Stakeholders 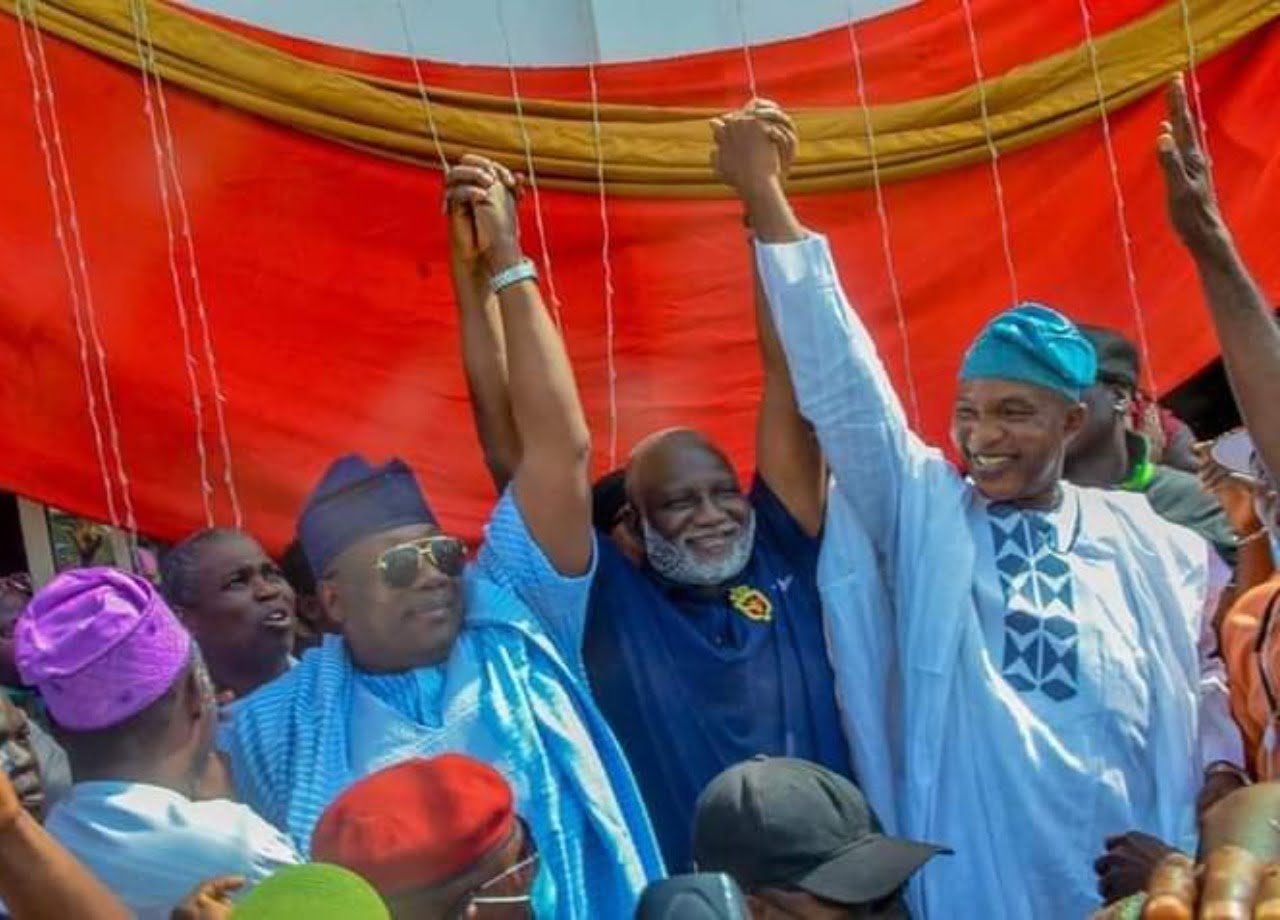 Prominent leaders of the All Progressives Congress (APC), Osun State Chapter have declared that the party will not win the 2022 gubernatorial election in the state if it fields Adegboyega Oyetola, the incumbent governor.

This is as the party leaders have also pledged their readiness to work as a team to rescue the State from imminent collapse and electoral loss.

Speaking on Thursday at the special meeting of The Osun Progressives (TOP), a faction of the ruling APC in the State, the immediate past Deputy Speaker of the House of Representatives, Lasun Yusuff, a former Speaker, Osun State House of Assembly, Najeen Salam and a former Secretary to the Osun State Government lamented that Governor Oyetola had been playing politics exclusivity and had brought disunity to the party since he took office in November, 27, 2018.

The trio who had contested the party ticket with Oyetola in 2018 and who are aspiring to contest the ticket again in 2022, agreed to work together to restructure the party and position it for victory in the election.

They added that they have resolved to downplay individuals’ political interests and accept to work with whoever emerged among them as the candidate of the party in 2022.

Yusuff, who regretted that it was painful that the State chapter of the party was in the hands of an impostor, added that the development had caused disarray, thus restructuring was needed.

The former Deputy Speaker acknowledged that he decided to join hands with other party leaders on the need to take the party back to genuine progressiveness.

“Our party ran into problems in 2018 because its leaders refused to allow collective leadership to play out and Governor Adegboyega Oyetola was imposed on APC members.

“This time around, the leaders of the party are ready to embrace collective leadership. We will start this by presenting a candidate from our camp against Oyetola during the primaries of the party,” he stated.

Najeen Salam, who also accused Governor Oyetola of mismanaging the party because he got the party’s ticket on a platter of gold, noted that it was disheartening that genuine party members who worked for his emergence were being treated as outcasts by the governor and his group of supporters.

Salam urged party members to work in unison to realize the dreams of the majority in a bid to salvage the party and the State.

Expressing surprise that Governor Oyetola had succeeded in chasing away quality APC members from the party in the state, Alhaji Adeoti was of the opinion that it was hypocritical and unfair for the current administration to dissociate himself from the policies, programmes and projects of his predecessor.

While revealing that windows of reconciliation had closed in Osun APC, the former SSG accused party leaders of nonchalant attitude towards settlement of misunderstanding in the party.

He upheld that what was needed was unification in order to rescue the party from sinking since some party leaders who belonged to the governor’s camp were not willing to relate with anybody that has a relationship with Aregbesola.

Earlier, Rasaq Salinsile, the factional APC Chairman in the State, had disclosed that the party had decided to choose a candidate from Osun West Senatorial District in the 2022 gubernatorial election.