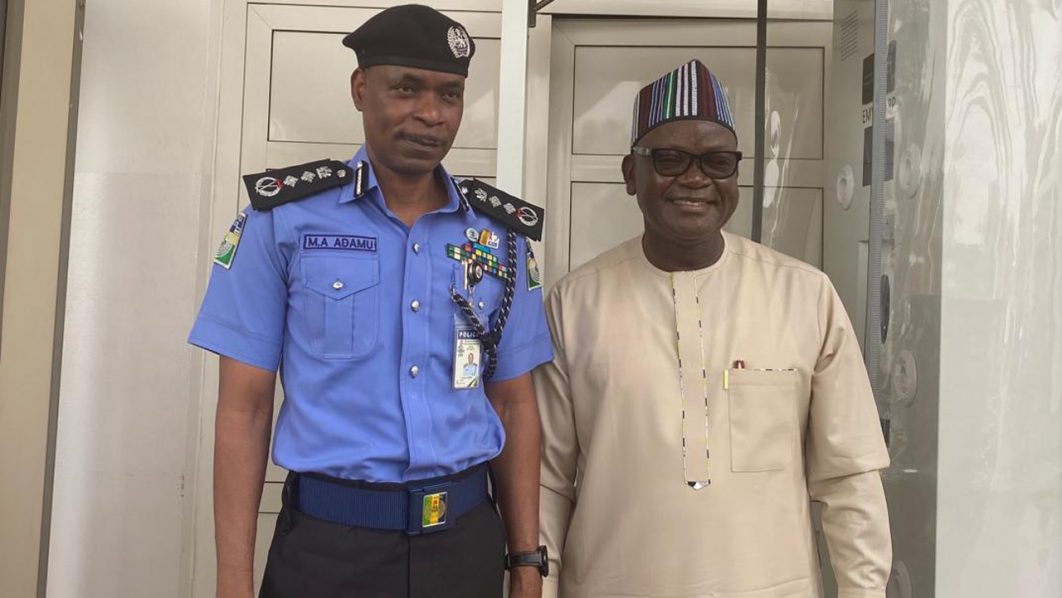 [FILES] IG Mohammed Adamu after a meeting in Abuja with Ortom. Photo: TWITTER/GOVSAMULEORTOM

Gov. Samuel Ortom of Benue has expressed optimism that Nigeria will overcome its current security and economic challenges and achieve the desired development.

The governor stated this in his Easter message issued by his Chief Press Secretary (CPS), Mr Terver Akase, and made it available to the News Agency of Nigeria (NAN) on Saturday in Makurdi.

According to him, it is only when citizens support the leadership in building a crime-free society that the government’s efforts at improving the standard of living can be fully achieved.

He urged Nigerians to continue to show love to one another, as Jesus Christ taught His followers.

“As the world celebrates this year’s Easter, my administration will continue to place priority on the security of lives and general welfare of the people.

“I am confident that the current economic and security challenges facing Nigeria will be overcome for the country to move to the next stage of development,” the governor said.

He added that the death and resurrection of Jesus Christ, as symbolised by Easter, was a period when Christians should draw closer to God so that they could reap from His grace and mercy in the face of adversities.

Ortom encouraged the people of the state to sustain the support they had been giving to his administration to enable it to provide greater development in various sectors of the economy.

He reaffirmed his administration’s resolve not to surrender the state to criminals and gave assurance that the long arm of the law would certainly catch up with bad elements.

Ortom wished the people of the state and Nigerians generally, home and abroad, joyful Easter celebrations.