Ortom decries vandalism of school by cultists in Makurdi 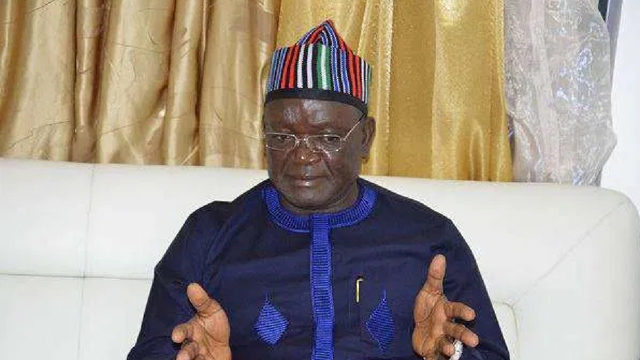 Gov. Samuel Ortom of Benue has described the vandalism of facilities at St. Catherine Primary School, Makurdi by cultists as needless and barbaric.

Ortom made the expression while speaking at an inspection tour of some facilities and projects in Makurdi on Monday.

The governor expressed worry that the school had become a haven for cultists, saying, “I am told that the vandalism on this school was done by cultists”

He said that the renovation of the school would be captured in the forthcoming phase of the schools upgrading exercise.

Ortom called on security agencies to strengthen the security around school facilities in the state to avoid similar acts of vandalism.

“I also urge the Universal Basic Education Board and the school management to fortify security within school premises.

“Employ security guards to watch over school premises and ensure that cultists and hoodlums do not come near,” he said.

The governor further expressed concerns that the school had become a shadow of its former self because of the activities of cultists.

“This school is very dear to me, this is the reason I came to see things personally. I am worried at the level of decay and vandalism,” he said.

He said that the state government had released N150 million for the repair of some leaking roofs in the hospital.