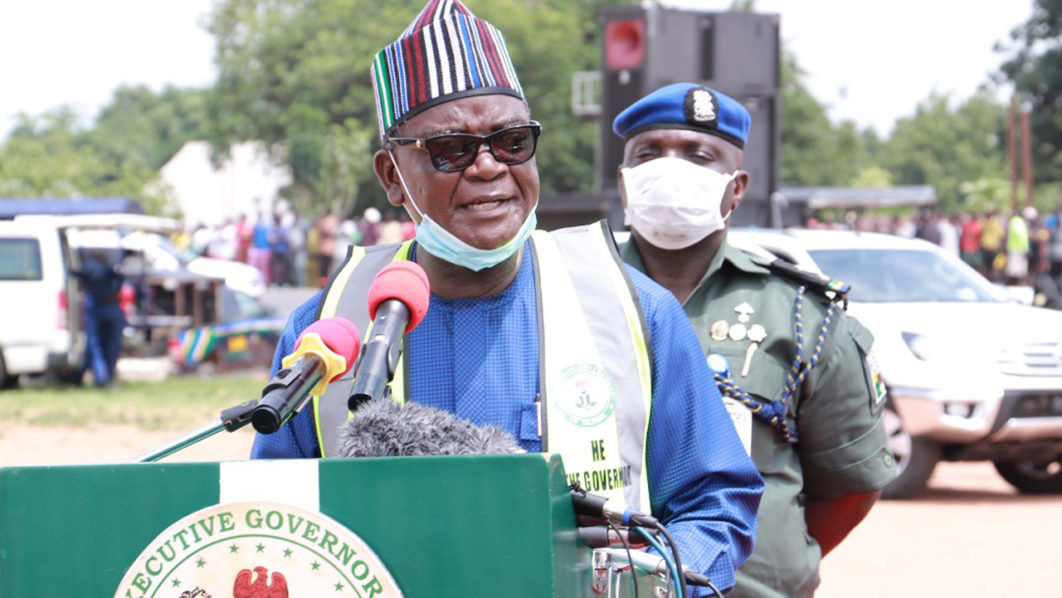 Gov. Samuel Ortom said his convoy was attacked on Saturday while leaving his farm on Makurdi-Gboko Road.

Ortom, who appeared ruffled while speaking to journalists on Saturday at the Benue People’s House, Makurdi, said armed militia men, numbering about 15, advanced quickly towards his convoy with sophisticated weapons but were repelled by his security details.

He said the men, dressed in black, had trailed his convoy from the farm.

Ortom said he had to run for dear life while his security details engaged the bandits who escaped into the nearby bushes.

He said that he would send a petition on attack to The Presidency, to ensure that criminal elements were flushed out of the state.

He also called on the Federal Government to act swiftly by deploying troops to arrest armed militia gangs hiding in the forests between Makurdi and Abinsi to allow peace and tranquility to reign.