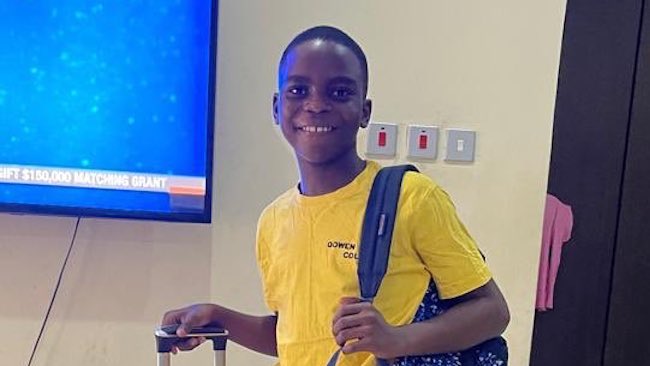 The Civil Society Action Coalition on Education for All (CSACEFA) has called on the government and relevant stakeholders to urgently intervene in the reoccurring issues of violence in schools.

The Policy Advisor of the coalition, Mrs Odinakach Ahanonu, made the call in a statement made available to newsmen in Abuja on Monday.

Ahanonu said it was necessary for Nigeria Security Agencies, the Federal Ministry of Education, Departments and Agencies, the Minister and Commissioners for Education and the Governors to find ways to curb them.

According to her, the coalition is pained by the news of the barbaric torture fed with poisonous substance and leading to the death of 12 years old Sylvester Oromoni who until his death was a Junior Secondary student of Dowen College in Lagos.

“Worrisome and painful is the manner in which the schools and teachers have been trivialising the issues, lying to the world and making us believe that the young promising and intelligent boy had a domestic accident in the field while playing football with his peers.

“Day in day out we receive news and stories of all types of violence being perpetuated in schools on our children.

“Worrisome is the fact that most of the violence act on students are happening at the city centers where law enforcement is expected to be stringent.

“We need not remind the government that there is urgent need to implement all the numerous policies put in place to protect children from attack in schools,” she said.

Ahanonu appealed to the Federal Government and various states government to intensify efforts in ensuring that proper investigation was conducted into the death of Oromoni.

She called for investigation in the cases of other students who had been molested, degraded and killed in schools whether in the private or public schools.

She advised that Dowen teachers and management should be placed under strict supervision and monitored while conducting investigation into the torture and eventual death of Oromoni.

She further said that the Lagos State Government should within the next one week be compelled by the Federal Government and all well-meaning Nigerians to hold weekly media briefing on the development of the investigation.

“Lagos State Government should also as a matter of urgency subject its LASMA staff and management to Psychological evaluation, to ascertain their fitness to enforce law.

“The coalition is making this call based on the death of Babs Fafunwa Millennium Senior and Junior Secondary School children returning from school.

“CSACEFA is seeking for justice for the death of Master Sylvester Oromoni, the school children killed by the recklessness of LASMA.

“We therefore demand that the minister of education provide a comprehensive report on this violence,” she added.

The News Agency of Nigeria (NAN) reports Oromoni, a student of Dowen College, a private school in the Lekki area of Lagos, was said to have been allegedly bullied by senior students in his hostel, which led to his death after sustaining grave injuries.