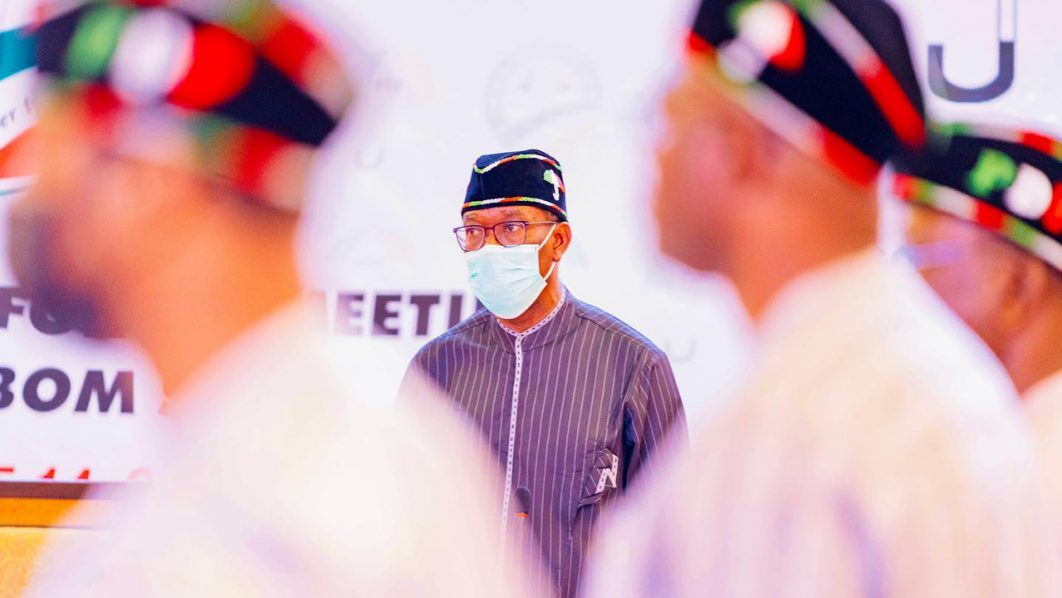 Okowa stated this at a two-day retreat of the Investment Committee of the Revenue Mobilisation, Allocation and Fiscal Commission (RMAFC), at Government House, Asaba with the theme: Repositioning Federation Investment For Enhanced Revenue Performance.

At the retreat organised to enhance RMAFC’s revenue generation and monitoring strategy for improved public spending, Okowa said to ensure effective monitoring of crude oil production and export, technology, such as artificial intelligence and robotics should be deployed to guarantee cost-effectiveness and management.

He canvassed elimination of delay arising from granting of permits to agencies that often leads to the high cost of drilling.

Okowa also advocated urgent curbing of crude theft, kidnapping, piracy, and illegal bunkering, saying it was a consensus that many oil and gas agreements reached with International Oil Companies (IOCs) and operators had not been closely monitored, hence the low level of compliance.

He pointed out that the agreements formulated and signed a long time ago did not reflect present economic realities, adding that as a major oil producer, the Delta State government was particularly concerned about the agreement with host communities.

He, therefore, urged the IOCs and operators to honour the General Memorandum of Understanding (GMoUs) with the host communities for meaningful infrastructure development and employment generation for sustained peace and stability.

The governor urged RMAFC’s Investment Committee to take a critical look at the seeming lack of competitiveness in Nigeria’s oil and gas sector, saying the country had one of the highest production costs in the global oil industry.

Receiving the RMAFC Chairman and members during the visit, Okowa stressed the need for a new revenue allocation formula that would favour the states and councils in the country.

Speaking, Minister of State for Budget and National Planning, Clem Agba, said the ministry had ensured an effective budget performance framework since 2019.

Agba, who was represented by Commissioner from Edo in RMAFC, Victor Eboigbe, said it was crucial to improving on federation investment to ensure efficiency in public spending, adding that Federal Government’s economic and sustainability plan had worked well, as health and economic indices were improving.

On his part, Chairman of RMAFC, Elias Mbam, commended Okowa for improving security, roads, and education infrastructure in Delta, adding: “The primary objective of this retreat, therefore, is to ascertain and appraise the country’s investment, with regard to revenue accruals into the Federation Account.

Earlier, Chairman of Investment Committee of Commission, Andrew Agbaga, who welcomed participants to the retreat, said they would deliberate on the current penalty on gas flaring, in spite of the huge volume of gas flared by oil companies.