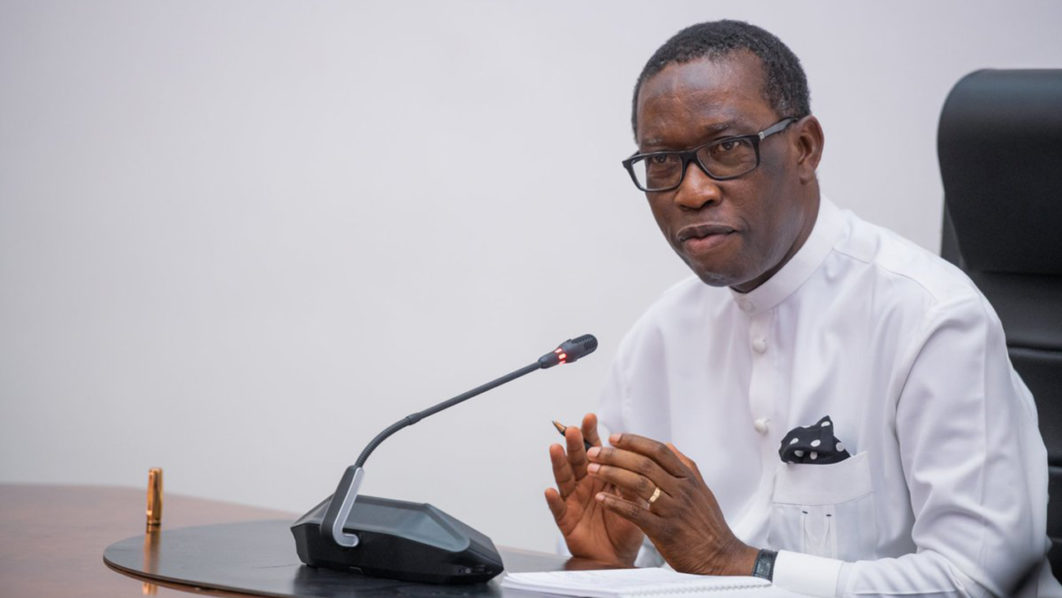 Gov. Ifeanyi Okowa of Delta has congratulated the Vice President, Prof. Yemi Osinbajo, as he clocks 64.

The governor’s felicitation was conveyed in a statement issued by his Chief Press Secretary, Mr Olisa Ifeajika, in Asaba on Monday.

Okowa lauded Osinbajo for his astute contributions toward good governance in the country.

He said that despite challenges, the vice president had continued to make quality contributions to the stability and growth of Nigeria’s economy.

The governor, particularly recalled Osinbajo’s invaluable role in the enthronement of peace in the Niger Delta, saying that his efforts helped in halting agitations and destruction of oil facilities in the region.

According to Okowa, the vice president deserves some accolades for his leadership role in improving the nation’s economy, especially as Chairman of the National Economic Council (NEC).

“Osinbajo’s selfless service to the nation and his numerous accomplishments in personal and public life, readily came to mind at a time like this.

“As Chairman of the National Economic Council, you have made remarkable contributions to the growth and development of the nation’s economy with the support of governors and other stakeholders.

“On behalf of my family, the government and people of Delta, I congratulate His Excellency, the Vice President of Nigeria, Professor Yemi Osinbajo, as he celebrates his 64th birth anniversary.

“Your Excellency, we are proud of your sterling accomplishments, uncommon patriotism and humility which have remained the hallmark of your leadership since you became the Vice President of our great country.

“These qualities that you epitomise are some of the worthy traits that inspires us in our quest to build a Stronger Delta for our people.

“As people of the Niger Delta, we must thank you for your diplomatic shuttles that led to the resolution of agitations and destruction of oil assets in the region.

“On this occasion of your 64th birth anniversary, it is my prayer and that of all Deltans that God will continue to bless you with good health, wisdom and many more years in His service and country,” he said.