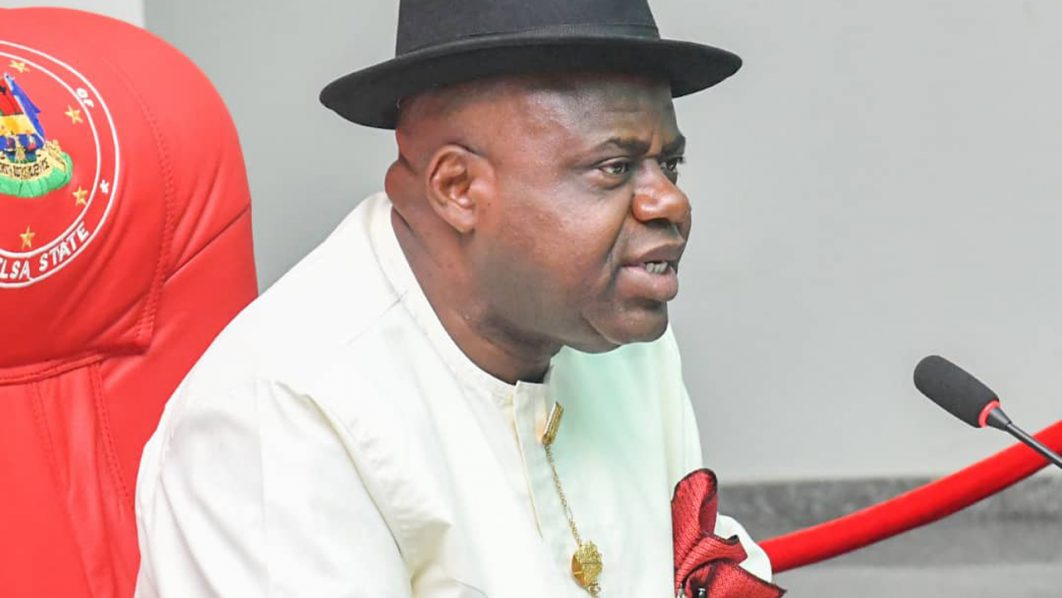 Gov. Ifeanyi Okowa of Delta has congratulated his Bayelsa counterpart, Sen. Douye Diri as he clocks 62 years.
The governor’s felicitation is conveyed in a statement by his Chief Press Secretary, Mr Olisa Ifeajika on Friday in Asaba.

He lauded Diri for his tremendous contributions through service, to the development of his state and country.

According to Okowa, since Diri came into the saddle of governance in Bayelsa, Yenagoa, the capital and other parts of the state have witnessed remarkable improvements in infrastructure and aesthetics.

He commended the governor for his determination in making a difference in the state, including assiduous work toward achieving Universal Health Coverage for Bayelsans.

“I must commend you my dear brother governor for your already acknowledged accomplishments in the development of your state in the short time you have held sway.

“I am aware of your efforts at ensuring that the Bayelsa Airport becomes operational to give Bayelsans the opportunity to have aviation services instead of travelling to Port-Harcourt and Owerri for such service.

“Your Excellency, it is worthy of note that you are delivering universal health coverage and improving health facilities for the people of Bayelsa, and I must commend you for that.

“Your selfless and impressive start as governor of Bayelsa has already distinguished you as an emerging nationalist and one to look out for in the emerging political firmament in our country.

“I must also acknowledge your unwavering commitment to the course of the South-South region, especially as we contend with prevailing challenges in the region and country.

“On behalf of my family, the government and people of Delta, I congratulate a gentleman of honour and integrity, a consummate politician and budding nationalist, Senator Douye Diri, on his 62nd birth anniversary.

“I am extremely proud of your great achievements in the short time you have led your state.

“I urge you to continue using your God-given exalted position to render service conscientiously to your people.

“On this auspicious occasion of your birth anniversary, I join your family, friends and well-wishers to thank Almighty God for your life which has been marked by divine favour and sterling attainments,” Okowa added.