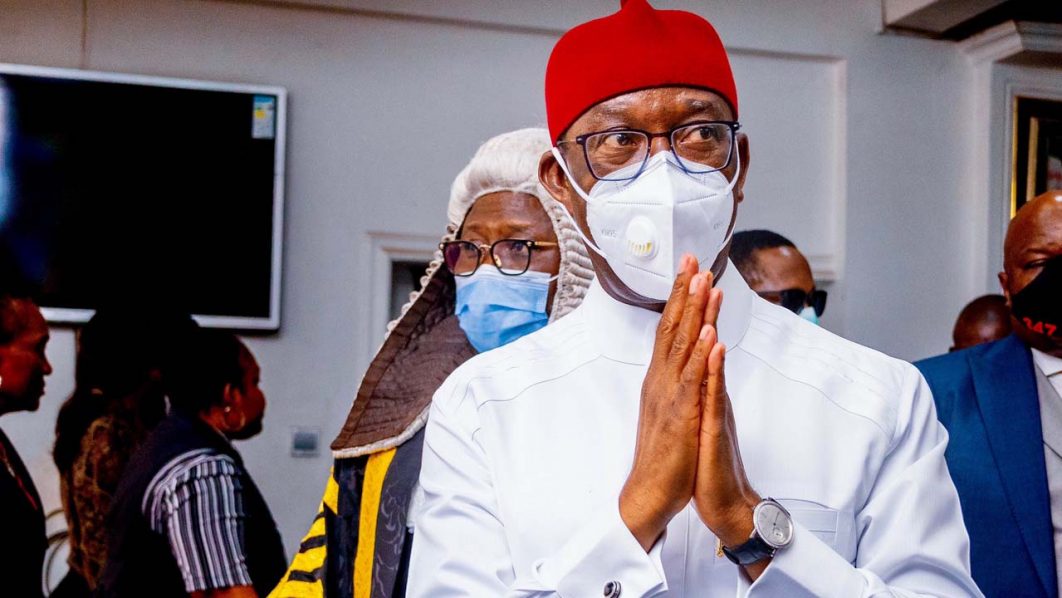 Gov. Ifeanyi Okowa of Delta has advocated for impactful reforms that will make youths in the country more resourceful and competitive globally.

Okowa stated this on Sunday at the “Christ Flock World Convention 2021″ of Flock of Christ Mission, Enerhen in Uvwie Local Government Area of the state.

The governor, who inaugurated the church’s “Youth Dream Centre”, called on youths to make use of the centre to better their lives and contribute meaningfully to societal growth.

According to him, the youth represent the future of the country, calling for sustainable efforts to mould them into becoming leaders of tomorrow.

He urged Christians to preach the word of peace to transform individuals to the way of God.

The governor commended church leaders for helping him in charting the path of greatness for the people of the state.
“I thank God for the vision of our Presiding Bishop and for the idea of building a centre for our youths.

“More than ever, it is time for us to truly communicate with our youths.

“Not only the youths of this church but those of the entire country and beyond, because the temptations of these end times are numerous.

“Communication will help us to grow a better future, as there is always a tendency for youths to be misled into

unprofitable ventures.
“If we allow them to continue in that stead, we will be destroying the future of our country.

Okowa called on ministers of God to always have the courage to speak the truth to government and those in authority, when the need arose.

“In everything we do, we must realise that we should give account in heaven.
“I pray that our church leaders will continue to communicate that to us as leaders in authority, to remember that there is God to be accounted to.

“It is my hope and prayer that God will continue to impact on all of us so that in the last days, we have good stories to tell,” he said.

Okowa thanked the people of Warri and Uvwie for their patience with government, adding that solutions were in sight on the drainage and road challenges in the area.

He said that the storm drainage projects in Asaba had been a success story, assuring that the people of the two areas would soon heave a sigh of relief from the challenges of flooding.

“It is my prayer that we will be able to complete the drainage projects so that we can begin to work on the roads, to ensure sustainability,” he said.

Earlier, the Bishop of the church, Simeon Okah, spoke on the message entitled: “The God that made these days to be your days of blessing”.

Okah said it was God’s intention from beginning that man should live a life of blessings.

He said that Christians were in a time of God’s visitation and blessings, adding that God would make everything beautiful at the right time.

The cleric, who said that Nigeria was God’s project, urged Christians to put their trust in Him, as their pains and sufferings were temporal.

“In all my years of ministering, I have never seen anywhere in the Bible where it was written that those who obey God will suffer.

“Jesus Christ suffered for us after He had left heaven to die for our sins to give us life in abundance,” he stated.
The bishop prayed for Okowa that God would give him the grace to finish his tenure with great achievements in the state.

Prices of vegetables, other perishable produce crash in Kano