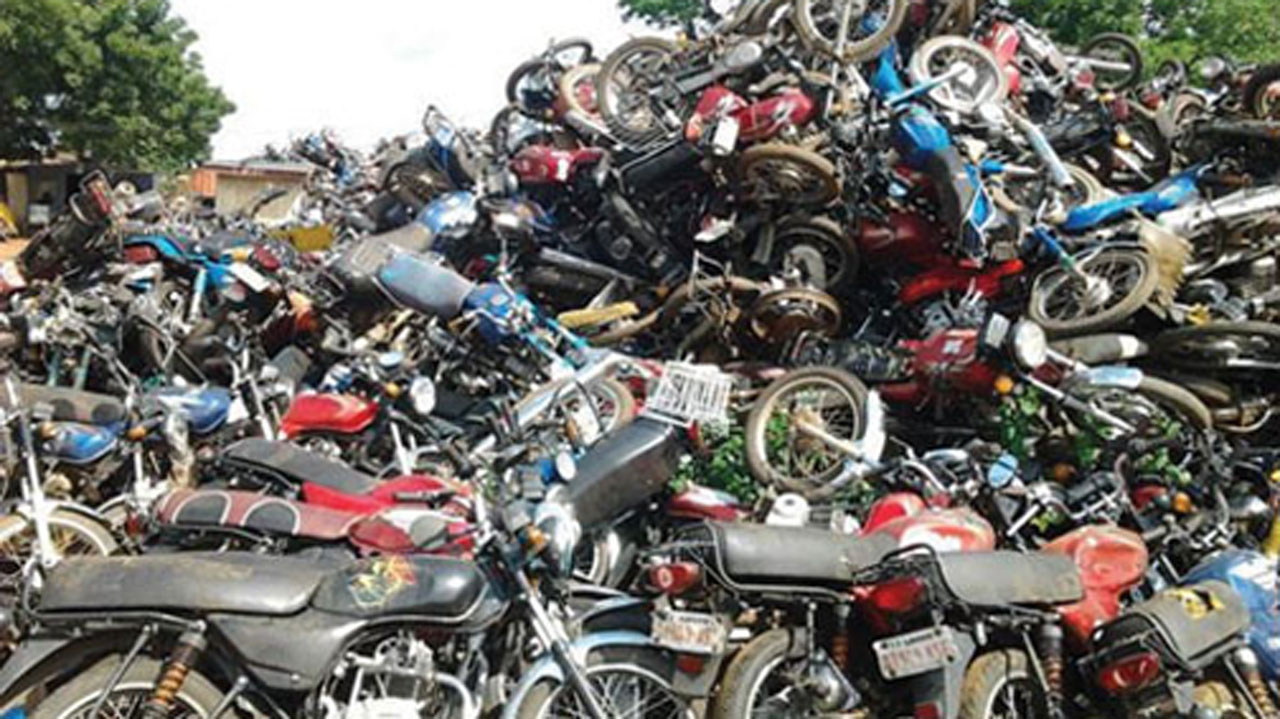 Commercial motorcycle operators, popularly known as Okada riders in Ejigbo, a Lagos suburb, have protested alleged extortion and harassment of their members by members of the Nigeria Police in the area.

It was alleged that the commercial cyclists are angry with officers of the division for allegedly turning them to their Automated Teller Machine (ATM) and raiding them on the roads, especially at Jakande Estat Gate.

They claimed that apart from extortion, they also impound their motorcycles and transfer them to the Lagos State Task Force, where the motorcycles are crushed if they fail to part with a certain amount of money.

In protest, the riders mobilised their members against the police where two patrol vehicles were vandalised.

They reportedly warned the Police to stop impounding their motorcycles or face their wrath.

After the attack, it was gathered that the morale of the officers became subdued for fear of renewed attacks.

However, they arrested four of the riders in connection to the attack and damaging of Police patrol vehicles.

The suspects are 25-year-old Ibrahim Banasho; 23-year-old Rabiu Mustapha; 43-year-old Jimoh Oasis and 35-year-old Femi Ajayi, while others were said to be at large.

Those arrested were subsequently charged before the Ejigbo Magistrate court for conspiracy, malicious damage and assault.

But Lagos State Police Public Relations Officer (PPRO), Adekunle Ajisebutu told The Guardian yesterday, that men in uniform are not scared of attack.

He said: “Our morale is not down, no one or group can threaten us, we are doing our work.

“Maybe arrested members of the Okada riders are just protesting, but they can’t threaten us, our spirit is high and we are focused.”