Ohanaeze sympathises with Umahi over demise of commissioner 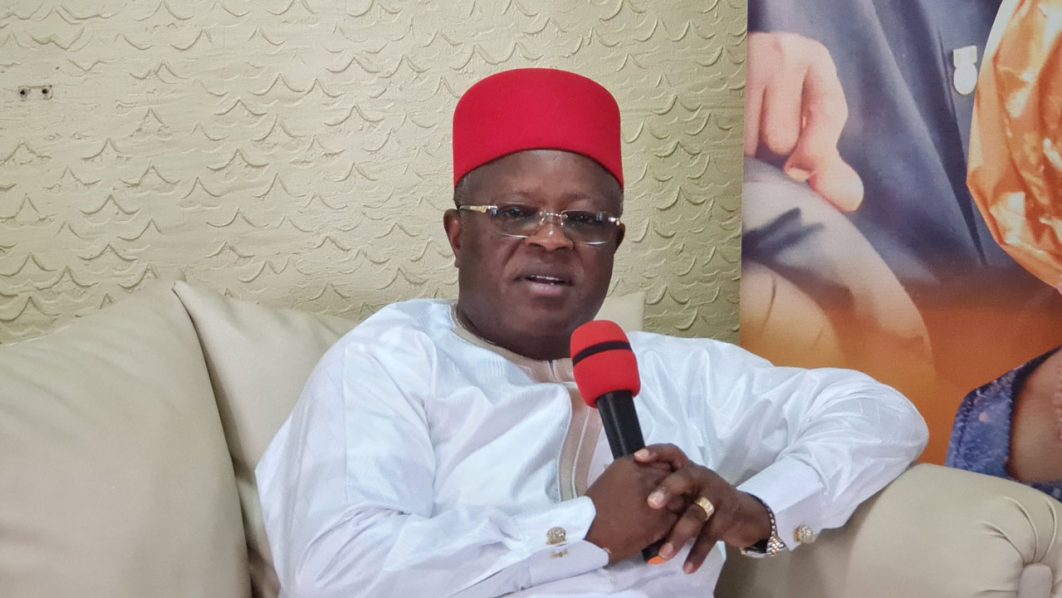 Ohanaeze Ndigbo Worldwide, yesterday, sympathised with Governor David Umahi over the death of his Commissioner for Works and Infrastructural Development, Fidelis Nweze, who died after a ghastly motor crash, describing his death as a great loss to Igboland.

In a statement, the Secretary-General of Ohanaeze Ndigbo, Mazo Okechukwu Isiguzoro, said his demise was a horrible experience for all Ebonyi citizens, as Nweze was a pillar behind the scene for the infrastructural revolution of Umahi since 2015.

He prayed that God forgives the late commissioner’s shortcomings and grant his soul eternal rest, comforting the government, people of Ebonyi State and the immediate family the fortitude to bear this irreplaceable loss.

The statement read: “Ohanaeze Ndigbo Worldwide calls on the government and the people of Ebonyi State to mourn the late commissioner for the next four Igbo market days by the Igbo tradition, starting from Monday, June 28, 2021.

“He was a pillar behind the scenes for the infrastructural revolution of Governor Umahi, since 2015, a true son of Ezza Nation and Igboland.”

“His demise after a ghastly motor crash was a horrible experience for all Ebonyi citizens, as this painful demise calls for sober reflection and Igbo leadership sympathises with the chairman of the Southeast Governors Forum, and Governor Umahi, the immediate family of the late commissioner, and Ezza nation, we identified with them in this trial and tragic moments.”