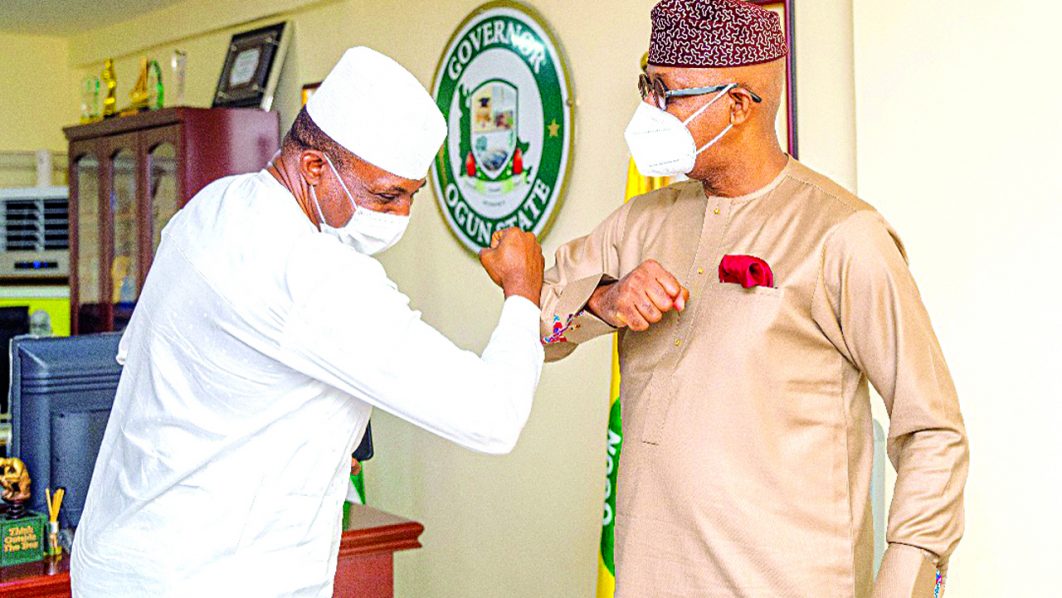 Ogun State Governor Dapo Abiodun, yesterday, said the state government had executed over 75 projects across the 20 local councils in the last six months.

Abiodun, who disclosed this while commissioning 500KVA, 33/0.415KVA Transformer at Ward 6, Oloka-Afon; 500KVA, 33/0.415KVA Transformer at Ward 5, Ilara and a block of two classrooms with office accommodation at Community Primary School, Oke-Agbede, Ward 2, in Imeko-Afon Local Council, said the projects would bring about vibrant infrastructural and human development in the state.

The governor, represented by Commissioner for Local Government and Chieftaincy Affairs, Afolabi Afuape, stated that the projects were the last to be done in the first phase of the exercise in the councils.

Earlier in his welcome address, Chairman, Transition Committee, Imeko-Afon, Chief Olusola Oke, lauded the governor for the exemplary initiative to make the local councils more functional, as well as improving the living standard of the people.

Also, Chairman, Oke-Agbede Community Development Association, Mr. Obagbo Adebisi, said the additional classrooms at Community Primary School, Oke-Agbede was timely, urging the government to beef up security to safeguard the lives of the pupils and members of staff in the school.

IN another development, former Speaker of the House of Representatives, Dimeji Bankole, yesterday, paid a courtesy visit to Governor Dapo Abiodun.

The two leaders went into a closed-door meeting that lasted about two hours immediately after the former two-term lawmaker arrived at the Oke-Mosan secretariat around 4:12 p.m.

Bankole, who was accosted by reporters on the outcome of the meeting, was evasive, saying: “Yes, I was in the building. I met with the governor.”

When asked about his impression of the government of Dapo Abiodun, he quipped: “So far, so good”, adding that his meetings with both the President and the governor had “good outcomes.”