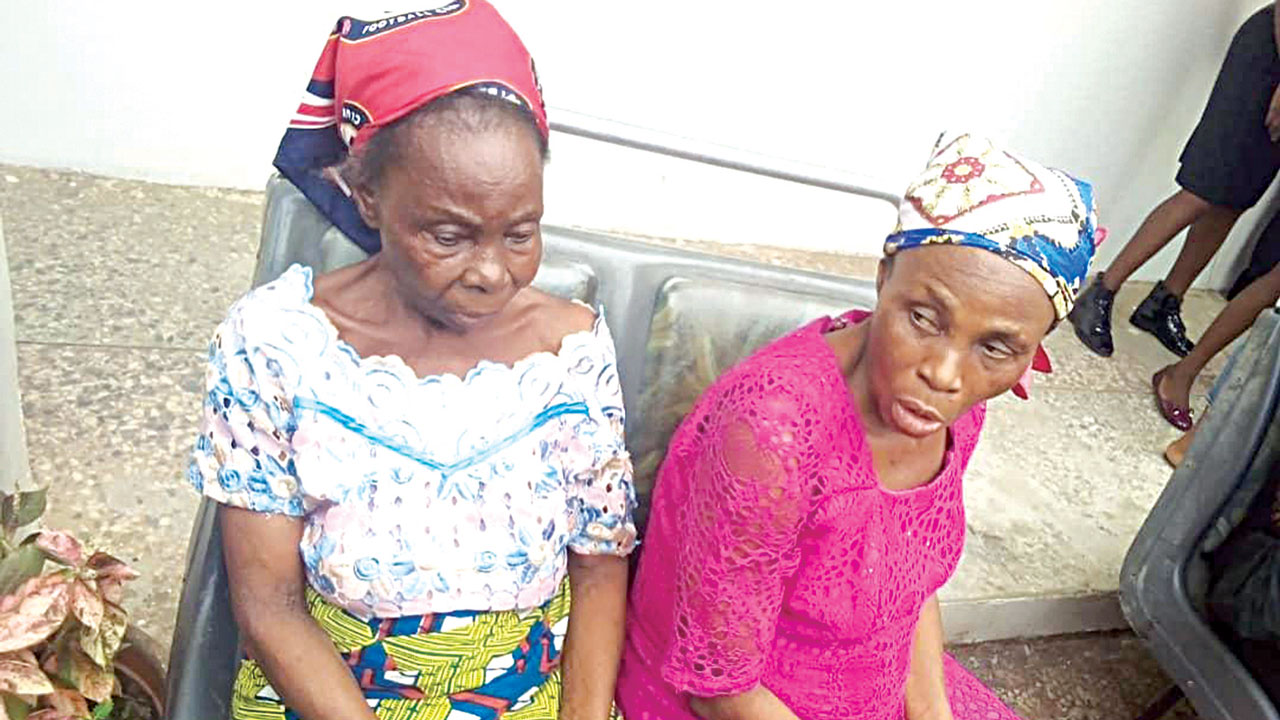 Two women, including an 80-year-old, Mrs Chidi Felicia Nwafor and Rejoice Raymond, 39 have been arrested by police operatives in Anambra State for alleged child trafficking and torture.

Police operatives said the arrest of the 80-year-old mother and her accomplice, who are natives of Umunya, Oyi Local Government Area of Anambra State, followed a report to its office at the 3-3 Police Station, Ezunaka, about the nefarious activities being perpetrated by the women.

Anambra State Police Public Relations Officer, Haruna Mohammed, stated that the suspects allegedly confined two boys and a girl inside different rooms at No.13 Akunwanta Mbamalu Street, Federal Housing Estate, Onitsha, and subjected them to physical and emotional torture without food and inflicted several wounds on their bodies, leaving them unconscious.

“The victims, who were severely battered with lacerations all over their body, were found in the pool of their blood, rescued and rushed to the hospital for medical attention. Exhibits recovered at the scene included some fetish substances, blood stained canes, concoctions and other incriminating items,” he said.

Haruna disclosed that the three children from preliminary investigation were allegedly sold to the suspects by Sabina Izuora, whom he said is “a notorious child trafficking kingpin who has been on police wanted list for child trafficking, child stealing and forgery.”

He stated that a further investigation also revealed that “the suspect was involved in unlawful adoptions, using forged police reports, forged authorisation letters from the Ministry of Women Affairs and sworn court affidavits, to sell children stolen from all parts of the country to her waiting customers, both within and outside Nigeria, including a recent attempt to smuggle out two children (a boy and a girl) allegedly stolen from Niger State since 2018.”

He said all the children recovered were under protective care of the Anambra State Ministry for Social Welfare, pending when their biological parents would show up, adding that investigations were ongoing and efforts intensified to apprehend other accomplices in the
matter.

Haruna said that the Commissioner of Police, Monday Bala Kuryas, had enjoined people of the state and the general public “to apprehend or report at the nearest police station, or call police emergency number 07039194332, whenever they see Mrs. Sabina Izuorah, formerly of Social welfare Department, Awka South LGA, but recently transferred to Social Welfare Department, Ihiala LGA, currently at large and evading police arrest in connection with the offence of child stealing/ trafficking, forgery and perjury.”