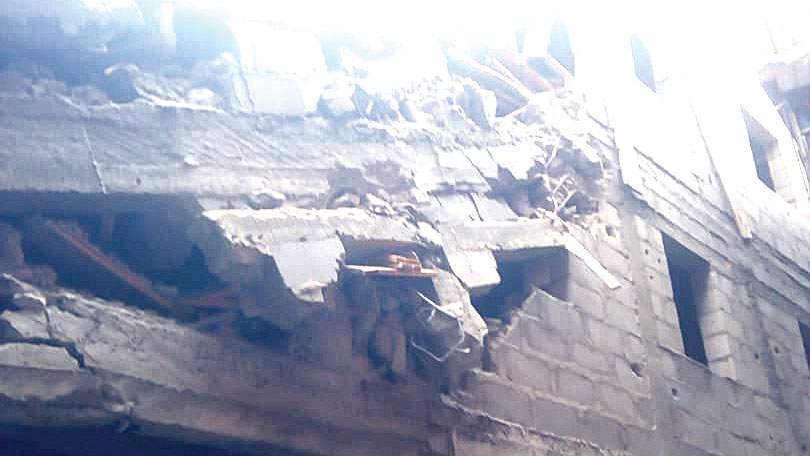 A three-storey building in Ajegunle, in the Apapa area of Lagos, has collapsed but occupants escaped death. The building, located at 16, Olufiditi Street, Off Safejo/Alaba Road, Alaba, Ajegunle, was said to be under construction and housing about 16 construction workers when it collapsed at about 2:00a.m. on Sunday.

It was gathered that workers, who were sleeping beneath the structure, fled as the foundation began to shake before it collapsed.

A resident, Bayo Kassim, told The Guardian that the owner was notified of the condition of the building, but he ignored the warning.

It was also discovered that the developer and the owner of the structure were served notice by the relevant agency but they ignored it and continued with the construction before the collapse.

He said: “People on the street have tried to draw the owner’s attention to the building, but he ignored it several times. I have an inherited building beside it and I remembered reporting to the local government here to stop the construction but nothing was done.”

He further revealed that no life was lost but a shop owner who rented a part of the building lost his goods to the collapse. Director-General of Lagos State Emergency Management Agency (LASEMA), Dr. Femi Oke-Osanyintolu, who arrived at the scene along with his men, confirmed that no casualty was recorded, while the building had been sealed off following discovery of violation of building codes.

He said the title of the property might be revoked if the owner is found wanting after investigation.