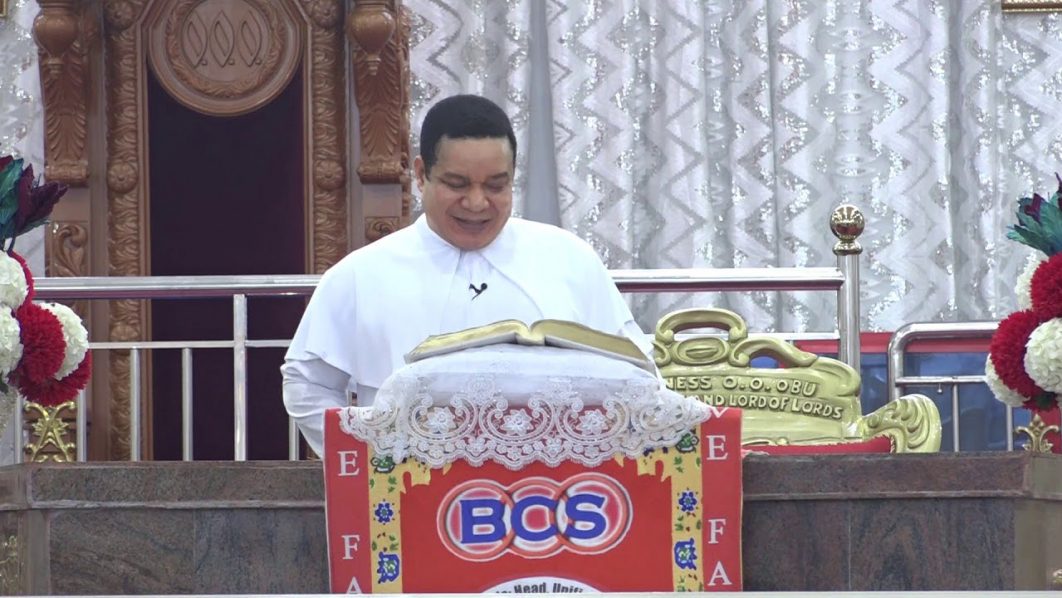 Leader of the Brotherhood of the Cross and Star (BCS), Olumba Olumba Obu, has said that the agitation for Biafra is a pointless exercise.

Spokesman of BCS, Edet Archibong, who represented the leader, while briefing the press on behalf of Obu, in preparation for the leader’s coronation anniversary, said: “Biafra does not exist in the world map because Nigeria is the nucleus of the Kingdom of God.

“The leader has looked at the map of the world spiritually and there was nowhere he found Biafra, so agitation for it is a futile exercise. The father does not want the country to be broken up because the nucleus of the Kingdom of God is in Nigeria.”

Archibong noted that the 2021 coronation anniversary would be a week-long event featuring numerous activities, including devotions, humanitarian works, football competition as well as evangelism in states and nations.

Others include homage by the 24 celestial elders and Biakpan chiefs, a visit Mother Elizabeth Redeemed Home and Prisons, choral competition among others.