Obaseki launches ” Clean Nigeria – Use the Toilet” campaign in Edo 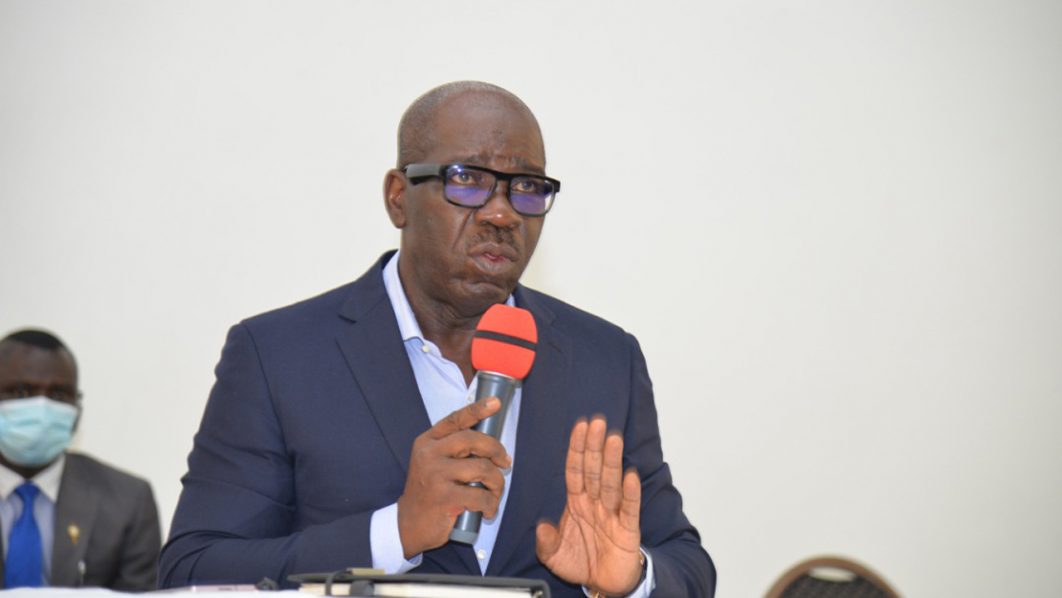 Gov. Godwin Obaseki of Edo, on Friday, in Benin, launched the “Clean Nigeria – Use the Toilet” campaign in Edo, in a bid to end open defecation across the state’s 18 Local Government Areas by 2025.

Obaseki, who was represented by the Edo Head of Service, Mr Anthony Okungbowa, said that the inauguration of the campaign was geared towards creating awareness amongst the residents of the state.

“The objective of what we are doing here today is to ensure that Edo people have access to adequate, affordable and sustainable sanitation facilities.

“Landlords are mandated to provide latrines in their homes, business premises and commercial apartments, inclusive.

“My administration has put in place a machinery to eradicate open defecation in urban, semi – urban and rural areas, through the establishment of a Small-Town Rural Water Supply Sanitation Agency, (STRUWASSA) at the state level.

“The Water Sanitation and hygiene (WASH) department, at the Local Government Area, is part of the programmes for implementing Open Defecation Free (ODF) drive,” he said.

In his remarks, the Minister of Water Resources, Suleiman Adamu, implored the people of Edo to own and drive the campaign in their respective communities, to help eradicate open defecation.

Adamu, who was represented by the Director, Water Quality and Sanitation, Mr Emmanuel Awe, said that the practice of open defecation, which had impacted negatively, especially on women and girls, could be stopped through collective efforts.

In her address of welcome, Mrs Mercy Omoregie, the General Manager, STRUWASSA, said that it was sad to see Edo identified among states with the high prevalence of open defecation practice in Nigeria.

Omoregie, however, assured that with intervention of their development partners, such as the European Union and UNICEF, Edo would improve in its quest to exit the status and become a force to reckon with.

Delivering her keynote address, Mrs Akongie Oboh, the Permanent Secretary, Edo Ministry of Water Resources, assured that her ministry was working assiduously to ensure that sanitation facilities were provided in public places.