Nwoko bags NAPS prestigious award of the University of Benin 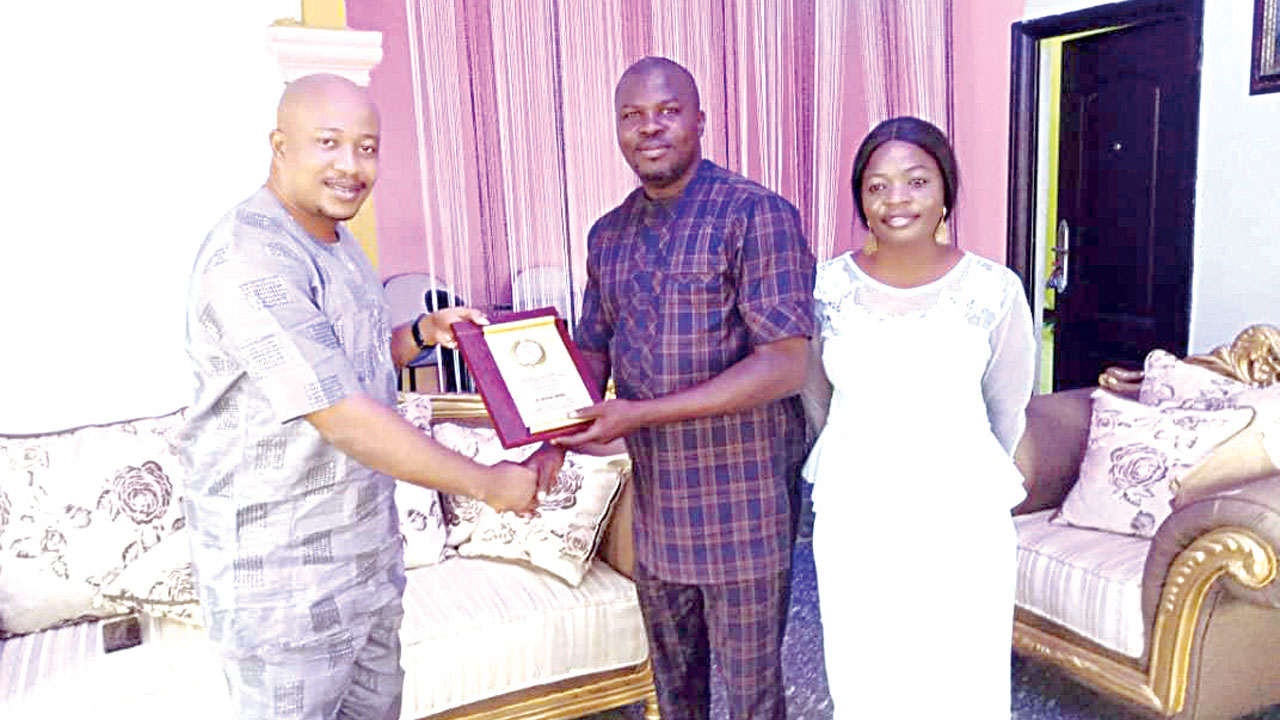 Dr. Michael Nwoko has bagged NAPS prestigious award. The award was presented to Dr. Nwoko, yesterday, in Idumuje-Ugboko, Aniocha North Council by the president of the association, Mr. Chris Ovie, alongside the secretary, Miss Janet Ailegbo.

According to the association’s president, Ovie, the award is in recognition of the extraordinary progress by Nwoko in his chosen career as a seasoned health care practitioner and his contributions to humanity and society in general.

Nwoko, while thanking the National Association of Postgraduate Students for finding him worthy of the prestigious award, stated that this would spur him to great work in his determination to render selfless service to humanity.

Nwoko further stated that as an alumnus of the great University of Benin, he will continue to do his best to support the Institution towards ensuring it attains a standard that can confirm to international standard.