Nurses embark on strike in Ogun over alleged kidnap of members 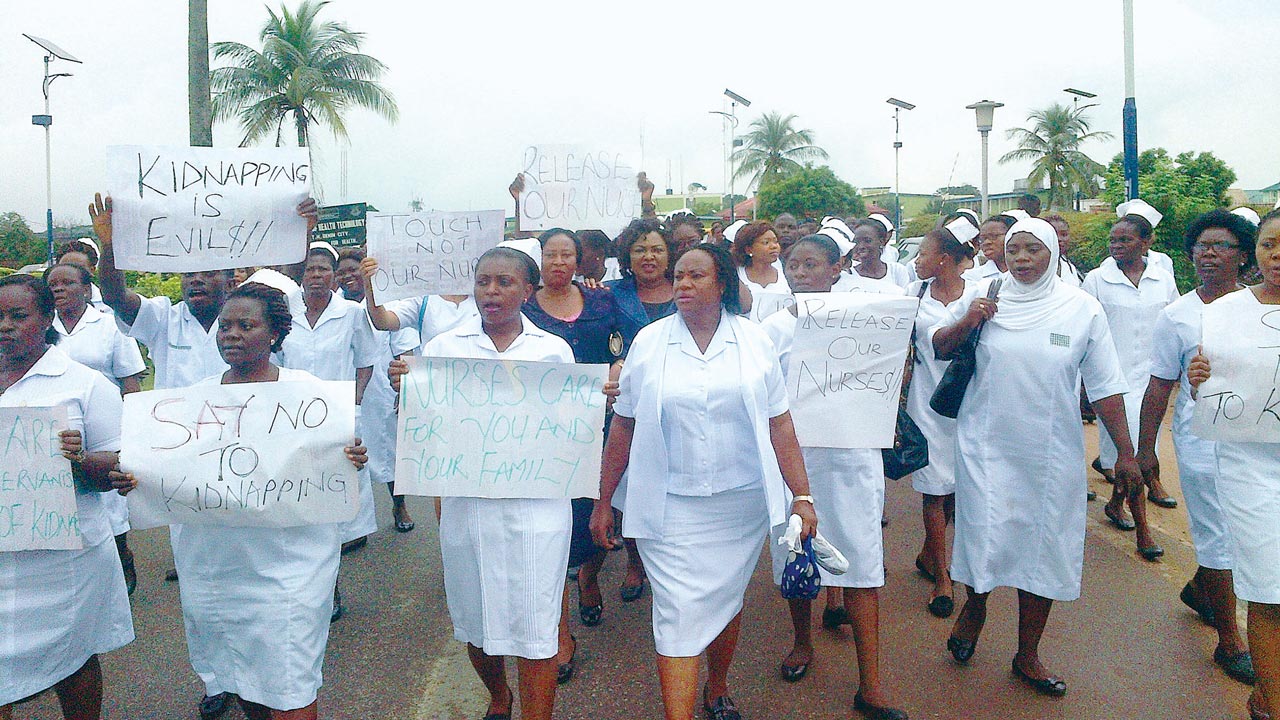 The National Association of Nigeria Nurses and Midwives (NANNM), Ogun Council, has embarked on strike over the kidnapping of its members and insecurity in the state.

The strike had taken effect from midnight of April 13, it said .in a statement jointly signed by the Chairman of NANNM, Roseline Solarin and the state NMA Chairman, Dr Oladayo Ogunlaja.

It described the alleged recent kidnappings of health workers as “disheartening, repugnant and unacceptable”.

It added that the state government’s approach of not negotiating with the alleged kidnappers had made them believe that their lives and property were of no essence to the government.

It alleged that the state had not shown any commitment that could facilitate the early release of their members, hence, the decision to down tools.

“The recent kidnapping of health workers after rendering their services to the good citizens of Ogun is so disheartening, repugnant and unacceptable.

“Recall that Dr Oladunni Adetola and Mrs Bamgbose, a nurse, were precisely abducted on the 7th of April, making it six days in incarceration.

“Also, another dental therapist working at the General Hospital, Ijebu-Igbo, was abducted today on her way to work.

“In the light of these, there is the immediate withdrawal of services of our members from all institutions in Ogun until the safety of our members is guaranteed,” it said.