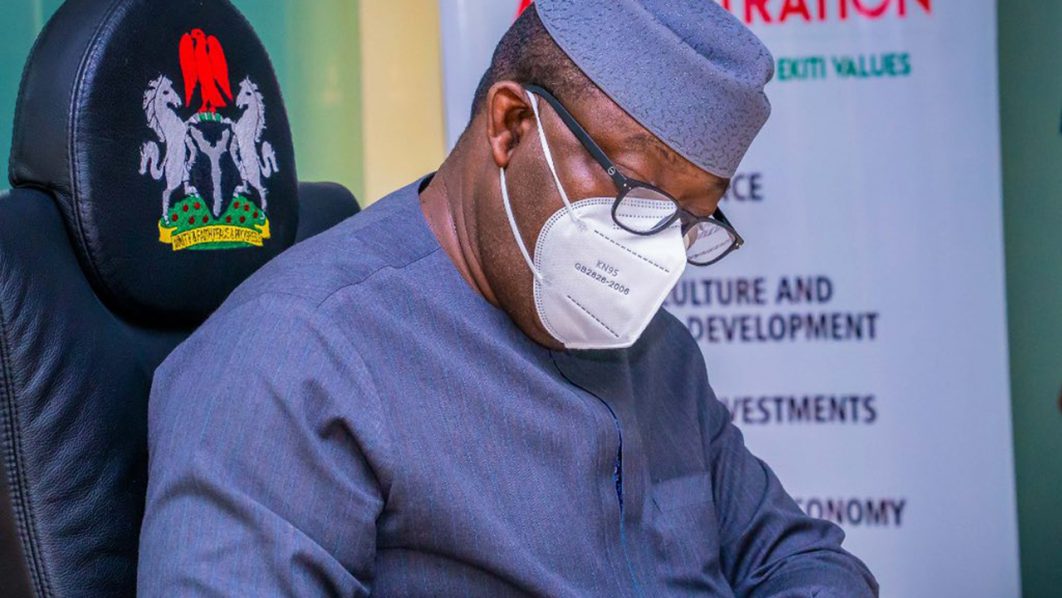 The Ekiti Chapter of the Nigeria Union of Local Government Employees (NULGE) has commended Gov. Kayode Fayemi over the increased funding of councils in the state.

A statement by Mr Yinka Oyebode, Chief Press Secretary to the Governor, on Thursday in Ado-Ekiti, said the union’s commendation is contained in a letter of appreciation to the Governor, signed by its Secretary, Comrade Victor Adebayo.

The union particularly commended the governor over his approval of the release of 10 per cent of the Internally Generated Revenue (IGR) to the councils.

According to the union, the governor’s gesture will assist to reposition local government administration, for excellent service delivery.

The union said the governor’s gesture would in no small measure address the challenges of insufficient funds.

It noted that the approval had put an end to years of agitation for increased local government allocation.

The union also described the remittance as a legitimate obligation of the state government to the local government through the Joint Allocation Committee (JAC) which successive administrations did not accord deserving priority.

It applauded the strong political will exhibited by the governor through the approval for the release of the fund, saying it did not come as a surprise.

The union also described the governor’s bold step in approving the release of the funds as testimony of his records as a notable apostle of the rule of law and good governance.

It recalled that the governor, during his first term in office, also allocated the same percentage of the State IGR to local governments.

“Our union is appreciative of the kind gesture of Your Excellency, as it has in no small measure, addressed the challenges of insufficiency of funds for service delivery in the local governments.

“We want to thank Your Excellency for this wonderful gesture and use this opportunity to further pledge our unflinching support to the successful conduct of affairs in your progressive administration.

“We pray that the Almighty God that granted Your Excellency the grace to start well will also aid you to end gloriously”, the union prayed.