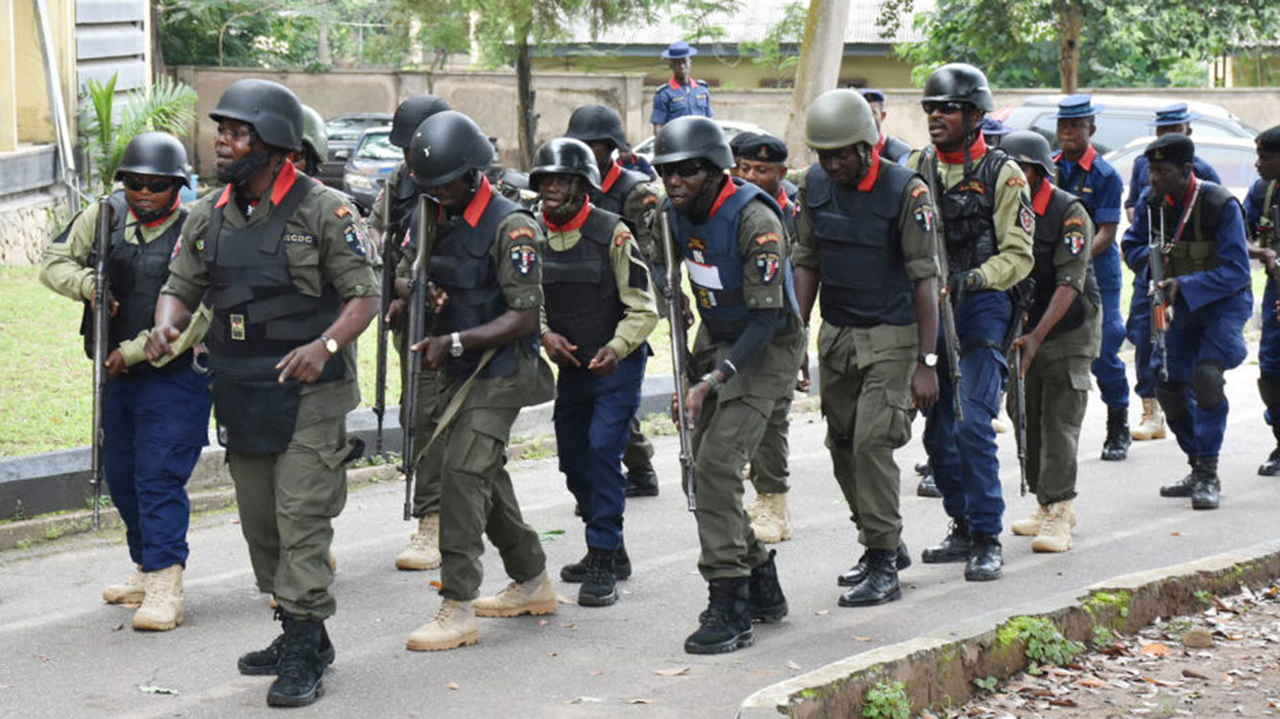 The Anti Vandalism team of the Nigeria Security and Civil Defence Corps (NSCDC) has arrested four suspects with adulterated petroleum products in Anambra.

Mr Vincent Ogu, the state commandant of NSCDC, made this known to newsmen on Thursday in Awka.

Ogu said the four suspects were picked up following credible intelligence from different locations between July 26 and Aug. 5.

“The first suspect was arrested in Ihiala area with a bus filled with adulterated Automotive Gas Oil (AGO).
”The suspect stacked the fake product in 67 cellophane bags and concealed them inside the bus with Ebonyi AKL518XP before his arrest on July 26.

“On Aug. 4, at about 6pm, two suspected vandals were arrested at Ihiala with substance suspected to be adulterated Dual Purpose Kerosene (DPK).

“The suspects loaded the product in 50 bags in a bus with registration number: Enugu ENU 514 XV”, he said.
The NSCDC official added that the fourth person was arrested at the Immigration junction by Juhel Filling Station, Agu Awka on Aug. 5.

”He was arrested on his way to Ugwuoba Oji River area of Enugu with 27 bags of fake AGO before he was caught,” he said.

Ogu warned those involved in the illegal business to desist from it as their act was bleeding Nigeria’s economy.

He noted that those already apprehended would be face the wrath of the law and urged the public to always avail the command with credible information on the activities of saboteurs.