The North-East governors, elected on the platform of the opposition Peoples Democratic Party (PDP) on Saturday, made a strong case for youths’ inclusion in governance.

They urged government at all levels to give 50 percent elective positions and appointments to the youth and women.

The summit, which had delegates drawn from Adamawa; Bauchi; Borno; Gombe; Taraba and Yobe, states, had its theme as, “Youths in Governance” and held at the multi-purpose indoor sports hall in Bauchi.

Speaking, Governor Mohammed declared that for Nigeria to move forward, it could not continue to recircle its leaders.

According to him, there was the urgent need for the country to open new frontiers and discover new talents for Nigeria to be governed by new innovations and ingenuity, which he said could only be discovered in the youth.

The Governor lamented that in the past six years, the youth have been relegated to the background in the scheme of things in governance, saying that this was unlike what obtained when PDP ruled the country for 16 years. 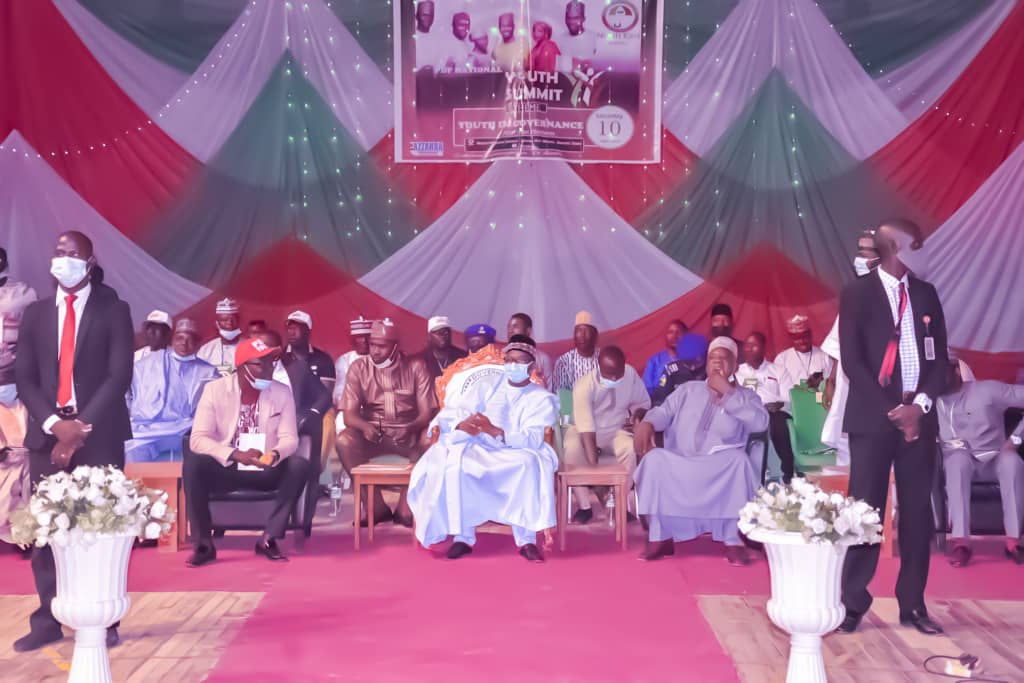 “The Nigerian youths can trust the PDP. Since 1999, I can remember clearly, that time I was a very young person, our leaders who started with the Obasanjo regime to Yar’Adua regime and of course my boss, former President Goodluck Ebele Jonathan, youths occupied a political space that was unprecedented. But we are not surprised that the youth have been put at the background today.

“I am not used to denigrating anybody, but we had people that were young. The president I served, works 24/7 and you will see him treating all his files and attending to all his responsibilities and even appointing young people.

“The leadership recruitment was different. I did not have to know Goodluck before I was made the Minister of the FCT. That is what a young president and the PDP can do for you.

“There was no nepotism, there was no exclusion of the youth. Nigeria was never on the brinks under the PDP. There was a political strategy and plan to ensure everyone had a shot at the leadership,” Governor Mohammed said.

Also speaking, his Adamawa State counterpart, Governor Fintiri said youths played a great role in economic development anywhere in the world, including Nigeria, where the youth constituted 70 percent of the electorate.

According to him, the youth had to be involved in the scheme of things in the country and not be taken for granted

He said that contributions of youths to the success of his administration were unprecedented.

“The youth should not be taken for granted, they must be involved in the affairs of Nigeria. As we know, the role of the youth in any government is to renew and refresh the current status of any society.

“The youth help in advancing technology; they assist in coming up with new innovations and skills. As I speak to you, most of us in the Adamawa State cabinet are youths. The achievements thus far in the two years administration of the history of Adamawa State is unprecedented in the aspect of development in all sectors of the state,” Fintiri, who was represented by his Commissioner for Works, Adamu Atiku Abubakar, told the summit.

On his part, Governor Ishaku called on the youth to stand for the truth and good governance, submitting that these are qualities of good leaders which are found only in the PDP.

The governor, who was represented by the PDP Vice Chairman, North-East, Dr Emmanuel Bovoa, called on youths to eschew violence in their politicking and embrace peace, saying that is what the PDP stands for.

He then charged the youths in the zone to ensure that they deliver the North-East zone to the PDP in the 2023 general elections in order for them to enjoy the dividends of the PDP government.