No General Magashi; you’ll defend us 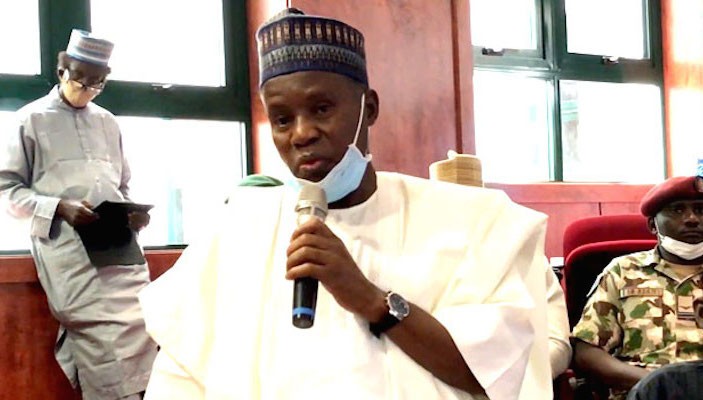 LAWYERS can debate all they want about self-help, their preferred word for taking the law into our hands. Is it the same as self-defence? Standing on the authority of the Federal Republic of Nigeria, through the Minister of Defence Maj-Gen Bashir Salihi Magashi, you can defend yourself. If anyone asks you, simply say you were obeying orders. Magashi has been a lawyer since 1984.

If they insist, ignore them or tell them you are not a coward.

How Nigeria failed to lead vaccine production in Africa

Many Nigerians can be pardoned if they never knew there was a Minister of Defence. If they knew, they would probably wonder where he has been since his appointment on 21 August 2019. Better still, what does he do?

Their rude shock was on Wednesday when while agonising over another kidnap of secondary school students in Kagara, Niger State, Magashi introduced himself in the most unusual way. He told Nigerians to cease being cowards and defend themselves against AK-47 lugging bandits. The students have been reportedly rescued.

“It is the responsibility of everybody to keep alert and to find safety when necessary. But we shouldn’t be cowards. At times, the bandits will only come with about three rounds of ammunition, when they fire shots everybody runs. In our younger days, we stand to fight any aggression coming for us,” Magashi said.

Those were his most soothing words to grieving parents of the kidnapped students. One student was killed. Maybe he was defending himself. Passengers had been kidnapped in another part of Niger State a day earlier. By admonishing everybody to bear the responsibility for defence, Magashi meant everyone. The old, young, infants, the feeble, the physically challenged, we must all join the defence team for our lives.

We are not sure where the general grew up. Sokoto where he was Military Administrator, 1990-1992, is at the mercy of bandits. Zamfara and Kebbi were part of Sokoto when he administered it. Magashi could not have missed the pictures of those bandits brandishing their Ak-47s. They are clothed in ricochets of live bullets at meeting with governors. Officers of the Nigerian Army are usually in attendance.

Civilians like us would normally count differently from the military. None of those bandits has three bullets whether on their bullet-proofed chests or in their guns. They are fortified enough to sack whole villages, burn them, kidnap, rape, and kill.

They are not joking. The evidence is in the hundreds that they kill. How do we fight any aggression from such people? If we do what will the general be doing?

Governor Bello Matwalle, Zamfara State also has something to say about bandits terrorising his State: “Not all of them are criminals. If you investigate what is happening, and what made them to take the laws into their hands, some of them, sometimes were cheated by so-called vigilante group. They normally go to their settlements and destroy property and take their animals. They did not have anyone to speak with. When the vigilante group attacks them, they go for reprisals.” He spoke after a meeting with President Muhammadu Buhari on Thursday.

The non-criminal Zamfara bandits are engaged in self-defence. They didn’t wait for Magashi’s orders.

Another self-defender is a 14-year-old secondary school girl, in Cross River State, who arrived school with a pistol to shoot her teacher. The teacher’s offence was sending her home to barb her coloured hair. How did she get a gun?

Nigerians would have to come to terms with the implications of the messages from Magashi and Matwalle. If we all start defending ourselves what would be the rules of engagement? What is the source of the “competency and capabilities” Magashi claims we have? Did he train us without our knowledge? Has he even given us three rounds of ammunition?

Magashi in his 31-year military career, 1968-1999, commanded the 15 Brigade of the ECOWAS Monitoring Group, ECOMOG, mission in Liberia in 1992 and the Nigerian Contingent Force in 1993. He was Commander, the Guards Brigade in Abuja and became General Officer Commanding, GOC, 2nd Division Ibadan, Commander, Lagos Garrison Command, before he retired from the Nigerian Army as Commandant, Nigerian Defence Academy Kaduna in 1999. Should we take him serious?

The choice is yours.

We would have been deafened by the re-echoing of Magashi’s message if Alhaji Lai Mohammed, Minister of Information, had not been busy in his native Kwara State staking his right to decide who members of the All Progressives Congress, APC, are. Magashi, in any case spoke clearly enough.

Gen Magashi should defend us; it is his duty as Minister of Defence. If he is unsure how many bullets bandits bear these days and their weapons, a few field visits to the theatres of the attacks on Nigerians would change his mind. Situations are dreary but mass suicide is not an option for Nigerians.

..Isiguzo is a major commentator on minor issues