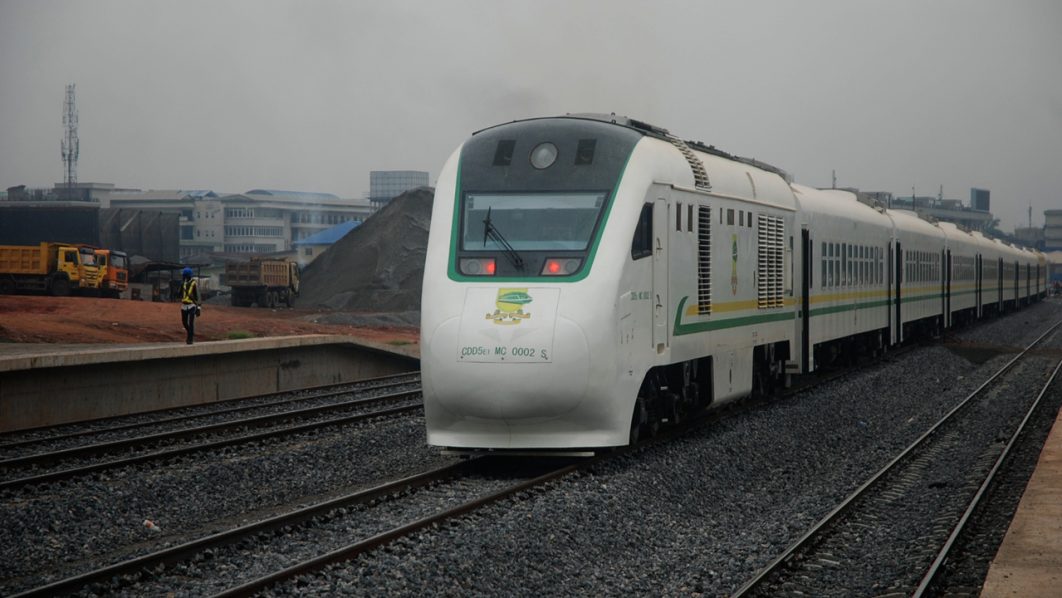 [FILES] Train at a terminal in Lagos. PHOTO: SUNDAY AKINLOLU<br />

The Nigerian Railway Corporation (NRC), on Monday said that there was no casualty in the early morning train accident at Iju level crossing in Lagos.

Mr Jerry Oche, the NRC Railway District Manager in Lagos, told the News Agency of Nigeria (NAN) that the accident which involved a mass transit train and a vehicle at the crossing was preventable.

“For now there is no reported case of casualty,’’ Oche said.

According to him, the vehicle driver threw caution to the wind and jumped into the rail track while other vehicles stopped for the train to pass.

He said, “I was told that every other vehicle stopped and this particular one over-shoot and hit the train at Iju level crossing. We advise all motorists to be cautious whenever they get to the level crossings.

“That is why the track is called the permanent way. When every other vehicle stopped, why this particular one did not stop,’’ he asked.

NAN reports that on Sept. 14, 2020, two persons died in a train accident which occurred on the driveway into the Nigerian Army Shopping Arena in Oshodi.

The accident victims, a father and son were driving into the shopping arena when they were caught up by the speeding train when their Highlander Jeep got stuck on the rail track.

Also, four persons were killed after a train crushed a tricycle at Toyin in Iju Ishaga, a Lagos suburb on April 30, 2019.

I was a virgin till 24 – Nigerian singer, Flavour