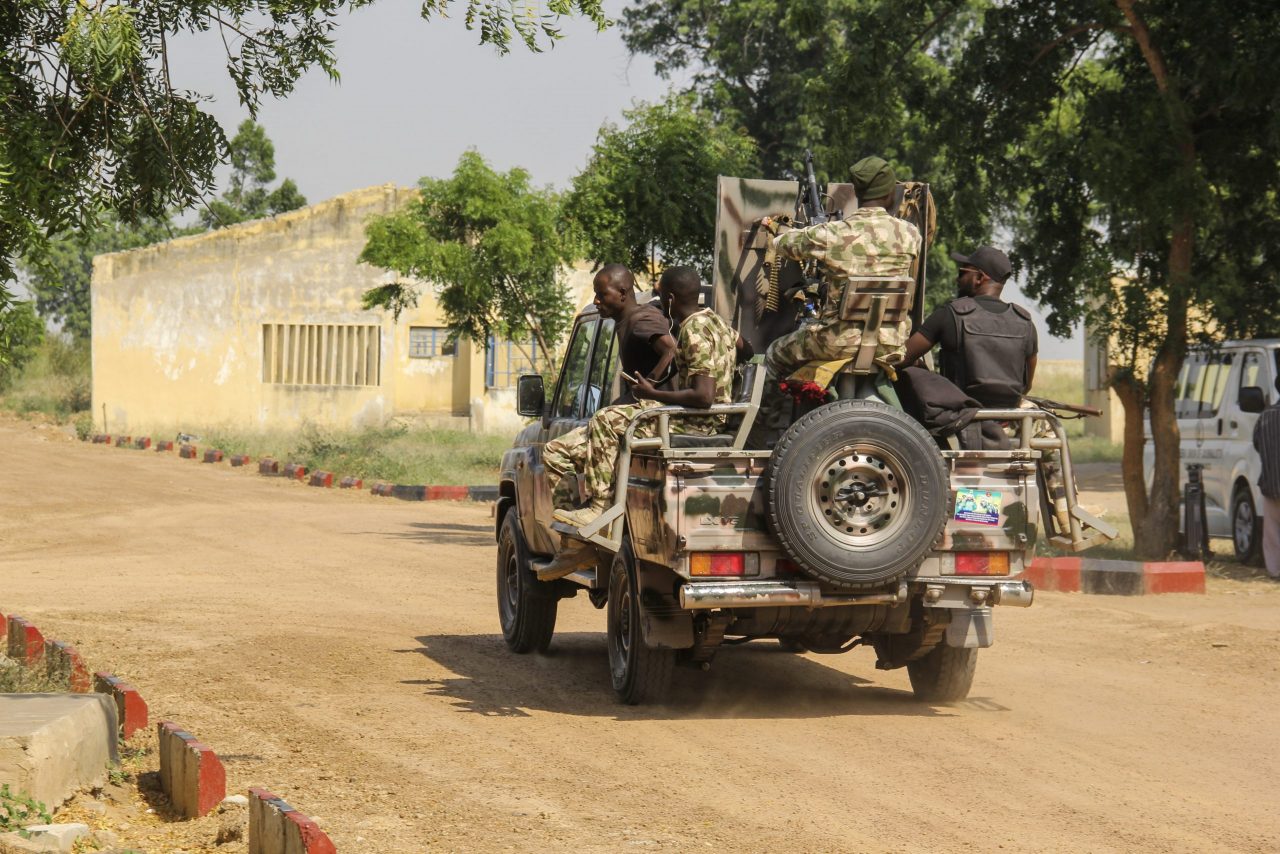 Nigerian Army soldiers are seen driving on a military vehicle in Ngamdu, Nigeria, on November 3, 2020. (Photo by Audu Marte / AFP)

The Indigenous People of Biafra (IPOB) have been campaigning for the independence of the region. The agitations, spearheaded by Nnamdi Kanu, have been met with crackdowns by the Nigerian government.

Kanu himself is undergoing a trial for treason in Abuja, Nigeria’s capital city. Amnesty International Nigeria said the violent crackdowns have led to the death of at least 115 separatists between January and June 2021.

The global human watchdog said Anambra, Imo, and Abia states were the hotbeds of the violence.

Apart from the government forces, Amnesty International also blamed Eastern Security Network, the militant arm of IPOB, for the escalation of violence in the region.

Security formations and police personnel have come under intense attacks in the Southeast since the turn of the year. The spate of the attacks gave popularity to the phrase “unknown gunmen”.

The Nigerian police could not immediately respond to the allegations.

“I have not seen the statement. So I cannot respond,” national police spokesman Frank Mba told AFP.

AI group said the security operations launched by the government focus primarily ESN members, relatives of the many victims told the rights group that they were not part of the militant groups who were attacking security agents.

Amnesty said it also documented cases of arbitrary arrest, ill-treatment, and torture in the restive region.

It said that in May 2021, the Imo state government announced the arrest of at least 400 people allegedly linked to the violence.

“Amnesty International’s investigation indicates that most of them were randomly picked up in their homes and off the street and had nothing to do with ESN.”