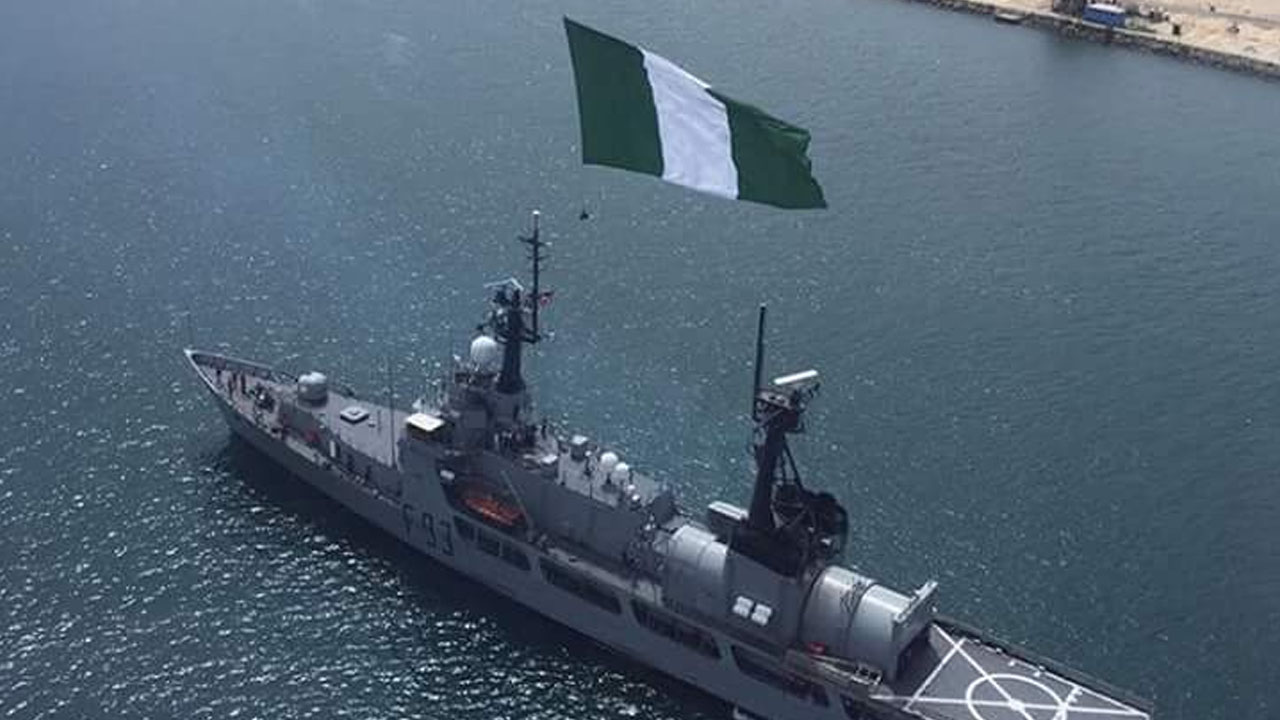 The ship was received by a navy delegation and officials of the Nigerian High Commission in Gambia. The vessel is expected to stay in Gambia for 3 days, before departing for Tema, Ghana on May 7, 2021.

Recall that the navy recently took delivery of NNS LANA in Saint Nazaire, France. Being the navy’s first-ever purpose built Offshore Survey Vessel, the new vessel was conceived as a replacement to the previous NNS LANA, a survey ship that was decommissioned about 10 years ago. According to naval spokesman, Commodre Suleman Dahun, “Notably, the construction of Offshore Survey Vessel 190 MKII (NNS LANA) commenced in December 2019 and the building process was successfully completed and the ship was launched on 24 September 2020 at Les Sables d’Olonne, France.

“NNS LANA (A499) is designed and purposely built to enable the NN conduct hydrographic and oceanographic surveys. It is also capable of conducting geophysical studies, search and rescue operations as well as patrol duties. The Ship is equipped with state-of-the-art modern survey equipment as well as a well-equipped 7.6m surface vehicle for shallow water surveys.

“Furthermore, the Ship has an Automatic Weather Station (AWS), wet and dry laboratories, scientific and technical workshops as well as operating and processing rooms for survey data. The machineries include 2 x MTU engines, 3 x CAT main generators/one emergency generator, electric propulsion system and other auxiliaries. “The electric propulsion, which is operated at survey speed is particularly installed to minimize distortion of data due to machinery noise. The Ship has a maximum speed of 14 knots and a capacity of 50 crew”.

NNS LANA was handed over to the Nigerian Navy in France on January 15, 2021 after the provisional acceptance trials was concluded. The crew training commenced in January 2021 and ended on April 12, 2021. The change of flag ceremony marks her readiness to embark on her maiden homebound voyage to Nigeria.

“It would also afford Nigeria with the opportunity of keying into the General Bathymetric Charts of the Oceans (GEBCO) Seabed 2030 project and the Global Multi-Resolution Topography (GMRT) synthesis project which would ultimately facilitate Nigeria’s accomplishment of its obligation under SOLAS Convention in accordance with President Muhammadu Buhari’s deliberate and sustained policies on maritime safety and security”.

‘Supporting the poor and sick, my core vision at GSF’, Ologbenla Smith

'Supporting the poor and sick, my core vision at GSF', Ologbenla Smith