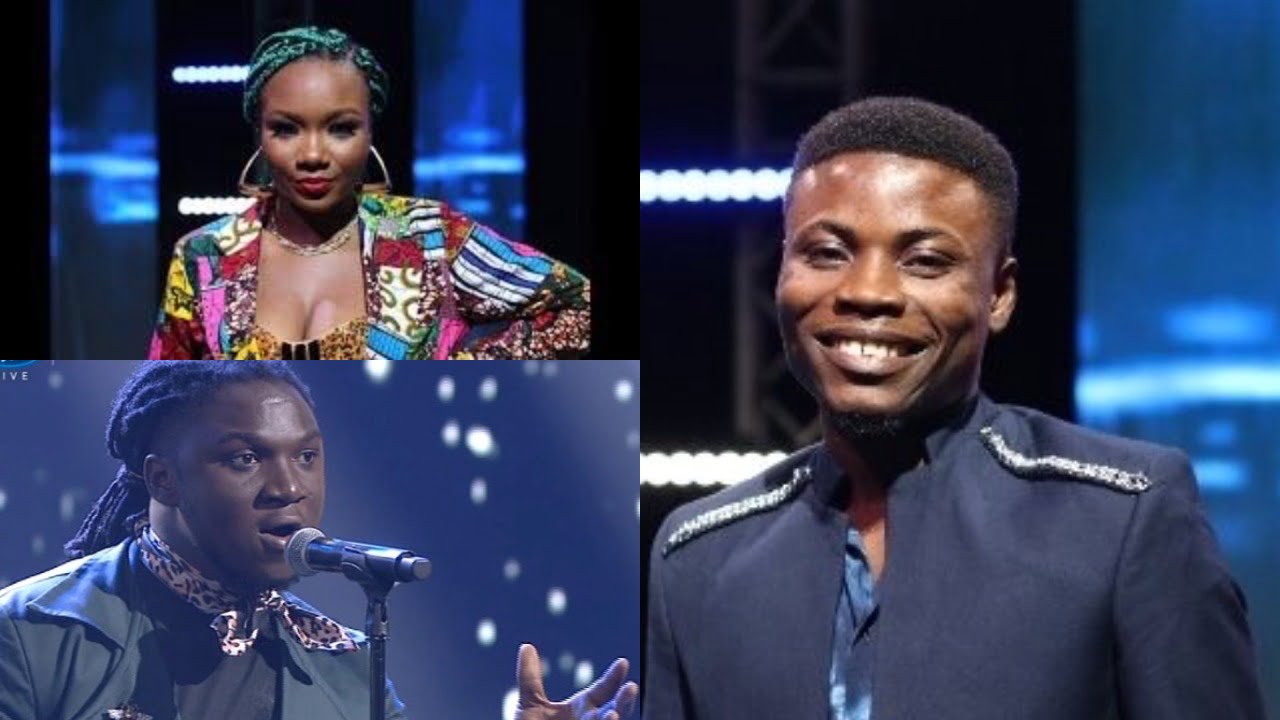 The show which premiered on March 14, 2021, and auditioned scores of young Nigerian prospects, is now left with three contestants namely, Francis, Akunna, and Kingdom, battling for the ultimate prize.

BBNaija: Allysn, my two other girlfriends must be friends – Hermes

About sixty-eight contestants entered the theatre week and while fourteen of them received golden tickets and 39 went through selections, only seventeen progressed to the next round.

The second Theatre Week saw the judges assessing contestants based on the strength of their voices and overall stage performance after which eleven of them were left in the show.

Comfort was evicted on Sunday, having polled the lowest vote from viewers of the show. The 18-year-old contestant was badly affected by her last week’s performance which the judges also drew her attention to.

The judges, Nigerian music diva, Sheyi Shay, ace Disc Jockey, D.J Sose and Nigerian entertainment industry frontline entrepreneur, Obi Asika and guest judge, Cobham Asuquo on Sunday, seemed to have influenced the viewers choice of what may happen in the next eviction day.

With their respective judgements, Akunna, as in the case of Comfort, may need to work very hard to remain in the game.

The top three contestants will battle it out on the Nigerian Idol stage on Sunday, hoping to be crowned the winner of the competition.

After the top three performance, the judges were dazzled with Kingdom Kroseide, who performed ‘Iyawo mi’ by Timi Dakolo.

While Francis Atela’s performance of ‘Pray for me’ by Dare Art Alade earned him praises from Cobhams, just as Akunna’s Johnny by Yemi Alade
earned her some commendations.

Cobhams praised Kingdom for embarking on his exceptional versatility during his performance.

Supportijg Cobhams views, Seyi Shay commended Kingdom for his captivating stage performance and urged him to put out his heart even if he has a good instrument.

Cobhams told Akunna that her tone is beautiful but she has to voice it out.

According to him, she has what it takes to be a singer but she has to sing out and bring her potential more.

Seyi Shay felt that Akunna did not bring her ‘A game’ to this week’s performance.

However, Francis impressed the judges and showcased his continuous growth in the competition. He was told that he is 100 percent believable but he needs to work on his strength.

As the rush for the ultimate prize continues on Sunday, the battle for who will be crowned the winner seems to be between Kingdom and Francis.

Kingdom who is said to be the fan’s favorite has thrilled fans of the show with his jaw-dropping and stunning renditions of different songs.

Also, Francis has performed more captivatingly on stage, from his first auditions. He has comfortably portrayed his growth which left the judges in awe.

The fans seem to be divided among themselves on who should emerge winner among Kingdom, Francis and Akunna.

Although most are of the opinion that Akunna will not make it to ths finale as the battle for the winner will be between Kingdom and Francis.

Some fans feel the comments from Judges also influenced the votes from fans.

Here are some comments from Fans DAILY POST interviewed on who is likely to emerge winner;

One Ojone Moses said Francis has the higher chance of winning because he has the personality, swag and voice, unlike Kingdom.

“kingdom is talented but might not win and Francis is his major contender because he has that persona of an artiste. To be honest, they are both good singers, let the best man win.”

Ejiro Ovie, ”I feel the judges comments influence fans’ votes and from the way Seyi Shay likes Kingdom, he might emerge winner of this season 6. I think Akunna will not get to the finale as the winner would be between Francis and Kingdom which is a tough battle.”

One Mr Pius Azubuike was of the opinion that Akunna did not bring her best in Sunday night performance which may affect her votes.

He mentioned that from the performances on Sunday, the battle is between kingdom and Francis.

When asked who he would like to win the show, he said, “Honestly, I’m not sure because they are both good singers with different personalities. It will be a tough one.”

Kurtssassy, “That Kingdom’s second performance is everything you need to know about him. You think you have seen it all, then gbam! He comes at you from all sides.”

The grand finale is slated for July 11, and the winner will clinch a recording contract with a leading record label and N50, 000,000 worth of prizes.

Emmanuel Onwubiko: Drug war, the president is right after all

Euro 2020: Croatia Will Fight Till The End Against Spain -Kovacic

Euro 2020: Croatia Will Fight Till The End Against Spain -Kovacic