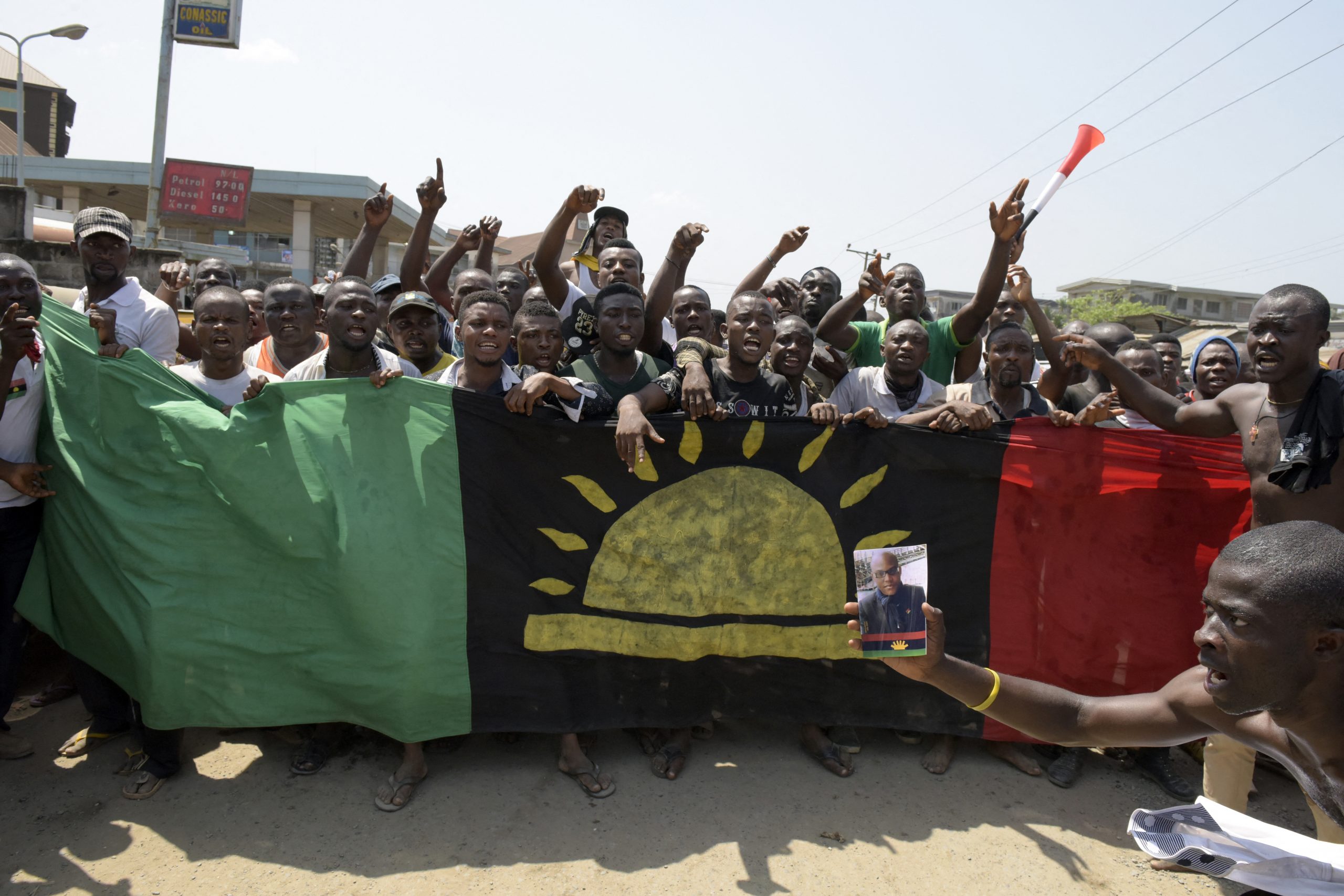 (FILES) In this file photo taken on November 18, 2015 Pro-Biafra supporters shout slogans in Aba, southeastern Nigeria, during a protest calling for the release of a key activist. The protesters support the creation of a breakaway state of Biafra in the southeast and want the release of Nnamdi Kanu, who is believed to be a major sponsor of the Indigenous People of Biafra (IPOB) and director of the pirate radio station Radio Biafra. – In a region where separatist sentiments often flare up among the indigenous Igbo, officials are pointing at the outlawed Indigenous People of Biafra or IPOB that agitates for a separate state.<br />But the situation is far from clear.<br />IPOB says it is falsely accused in a bid to divide the separatists who are already split over strategy. Some southern leaders accuse rivals of sponsoring attacks to discredit them. (Photo by Pius Utomi EKPEI / AFP)

Israeli Foreign Ministry on Tuesday confirmed the arrest of their citizens, who are being interrogated on suspicion that they had come into contact with IPOB members. The Israelis are Rudy Rochman, Noam Leibman and French-Israeli journalist E. David Benaym.

The Israelis were in Nigeria to film “We Were Never Lost,” a documentary exploring Jewish communities in African countries such as Kenya, Madagascar, Uganda, and Nigeria. They arrived in Nigeria Tuesday, July 6, a day after they departed Ben Gurion Airport in Isreal.

Eyewitnesses said the Israelis were arrested in Ogidi village, Anambra State, Southeast, Nigeria by security operatives and were later taken to Abuja.

Their arrest occurred about two weeks after Nigerian authorities announced the rearrest of IPOB leader Nnamdi Kanu who jumped bail in 2017 after his first arrest in 2015.

Kanu is facing treasonable charges and many others which are connected to his call for the secession southeastern region of Nigeria.

In October 2018, Kanu gave a radio broadcast saying he was in Israel and indicating he owed his survival to the Jewish state. “I will be here (Isreal) until I return,” Kanu said in his first video broadcast in Isreal.

The filmmakers were aware of the political sensitivity surrounding the filming of the Igbo community. A Facebook page dedicated to We Were Never Lost movie on Thursday, July 1 said, “We do not take any position on political movements as we are not here as politicians nor as a part of any governmental delegations.”

Israel’s Foreign Ministry said the Israeli Embassy in Abuja is following the case closely and is in contact with Nigerian authorities.