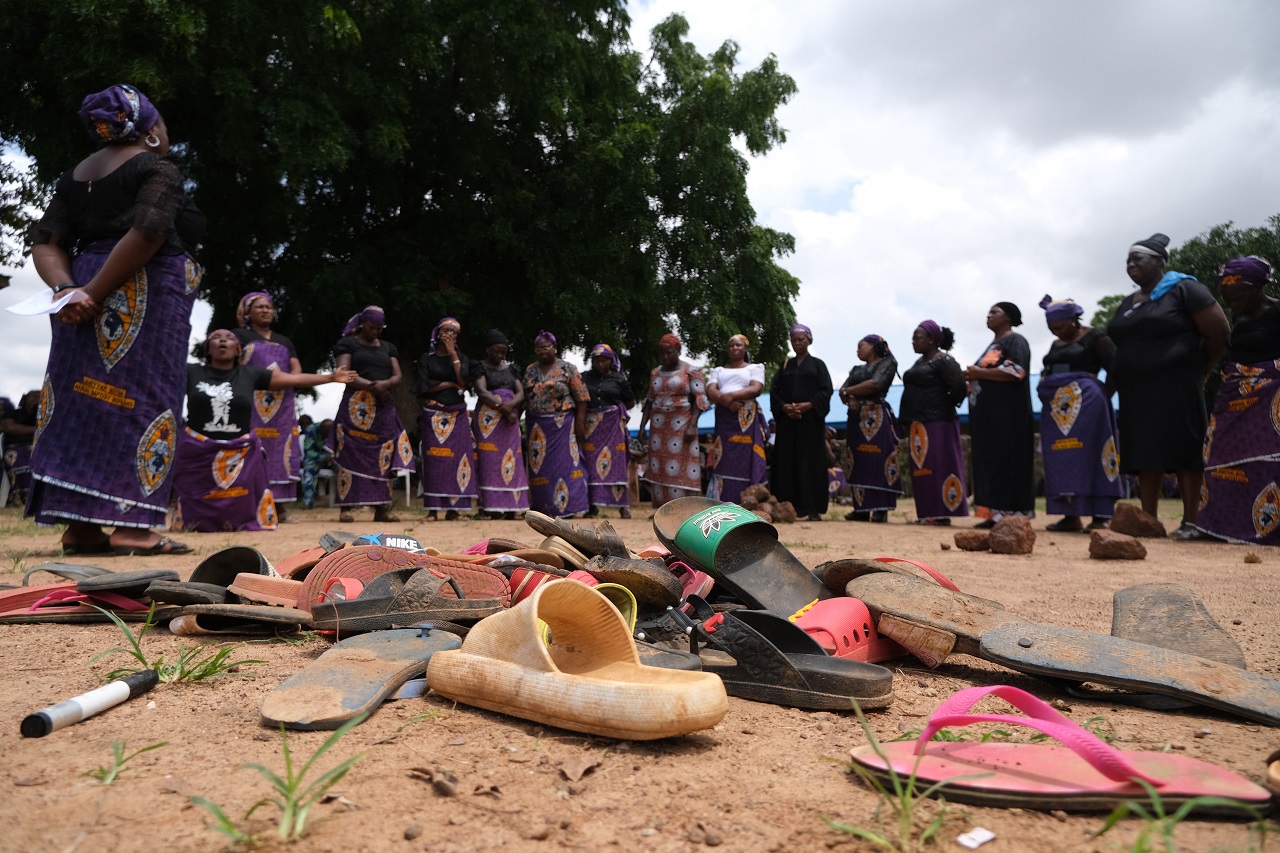 The remaining wares of students of Bethel Baptist High School are seen inside the school premises as parent of abducted students pray for the return of their children whom were abducted by gunmen in the Chikun Local Government Area of Kaduna state, northwest Nigeria on July 14, 2021. – The girls are just two of the more than 100 Nigerian children snatched from Bethel Baptist High School nearly three weeks ago, herded by gunmen into the forests after a kidnapping raid on their dormitories.<br />The July 5 attack in Nigeria’s northwest Kaduna state was just the latest mass abduction at a school or college as kidnap gangs seeking quick ransoms zero in on soft target of young students.<br />Armed kidnappings for ransom along highways, and from homes and businesses now make almost daily newspaper headlines in Africa’s most populous country. (Photo by Kola Sulaimon / AFP)

An envoy who delivered a ransom payment for the release of more than 100 Nigerian children abducted in May has himself been kidnapped, the headteacher of their Islamic school said Monday.

Northwest and central Nigeria are a hotbed of cattle thieves and kidnappers who raid villages, killing and abducting residents after looting and burning homes.

The gangs have recently stepped up attacks on schools, kidnapping students to squeeze ransom from parents.

On May 30, around 200 motorcycle-riding gunmen, known locally as bandits, stormed Tegina town in central Niger state and abducted 136 pupils from an Islamic seminary.

Last month, 15 of the hostages escaped while their captors were asleep in a remote village in neighbouring Zamfara state where they were being held.

On July 20, parents and school officials sent a 60-year-old man, Kassim Tegina, to deliver 30 million naira ($73,000) to the kidnappers, but the bandits seized him after collecting the money.

“To our shock, the kidnappers took the money and seized the courier and refused to release the children,” Abubakar Alhassan, the headteacher of Salihu Tanko Islamic school where the children were snatched, told AFP.

“They were angry that the ransom was too small. We don’t understand what they want because that was the amount we agreed on after a series of phone negotiations,” he said.

The kidnappers said “they were holding him along with the children until we pay more money,” Alhassan said.

The ransom was said to have been raised by parents and through voluntary donations from concerned people and groups.

“We can’t raise any more ransom money,” Alhassan said. “We have resigned to fate.”

The state government has repeatedly vowed not to pay ransom to kidnappers.

Around 1,000 schoolchildren and students have been kidnapped in Nigeria since December.