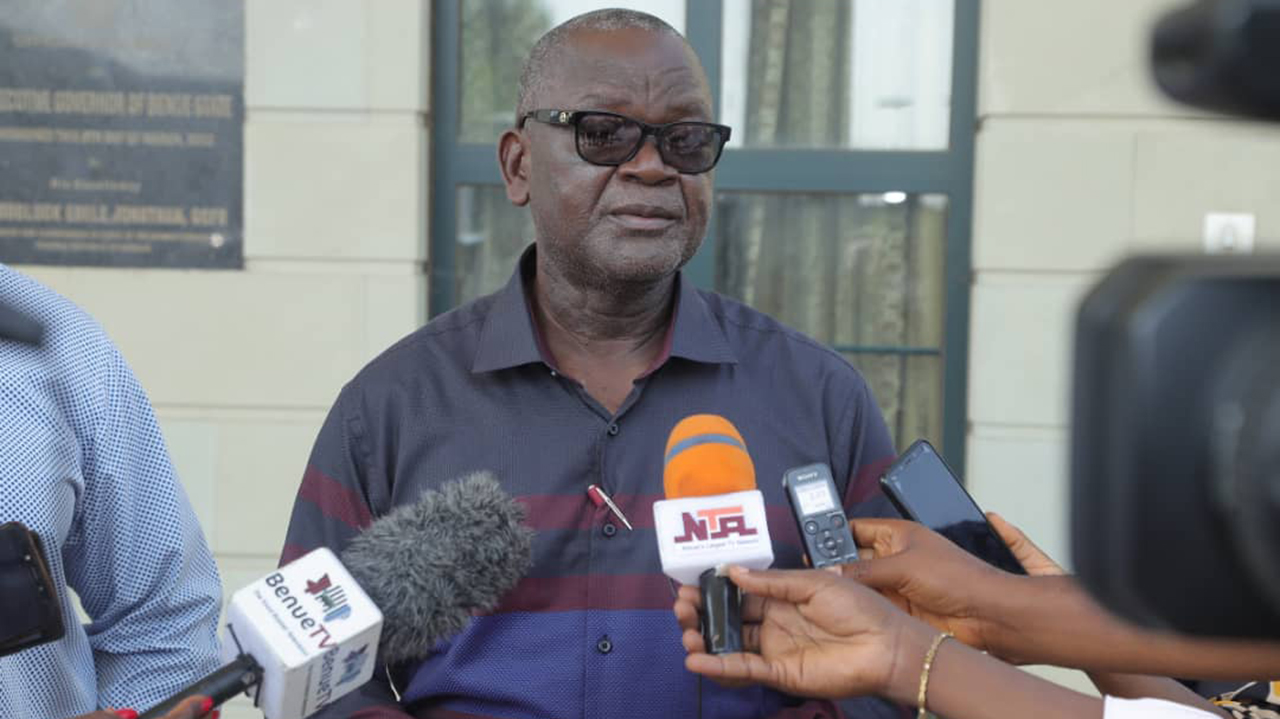 Govs have a role to play, says Ndume

Benue State Governor, Samuel Ortom, and Senate Committee chairman on the army, Ali Ndume, yesterday, clashed over the worsening insecurity in the country.

Ortom said the security of life and property in the country “is no longer guaranteed under the present government,” but Ndume replied that “state governors also have roles to play” in securing their domains.

Speaking in Abuja at the Nigeria Union of Journalists (NUJ) Press Week, the duo, however, agreed that the country was in dire need of competent leadership to tackle insecurity.

Ndume, who identified inequality and injustice as the root of insecurity in Nigeria, maintained that there was a total failure of leadership from top to the bottom.

He added that the country’s leaders were united in terms of misrule.

“Leadership keeps on giving the people excuses. The laws are faulty too. Criminality is legalised in Nigeria,” Ndume stated.

While delivering his lecture, Ortom maintained that the problem of insecurity was a result of inept leadership and mismanagement.

“As governors, the constitution recognises us as the chief security officers of our states. But this is mere theory. For every one of us with a role to play in the handling of some of the worsening situations, there is a regret. Our hands are tied behind our backs, as the coercive authority in the country is monopolised by the Federal Government that has skewed the security architecture along religious and ethnic lines. Time has come to take advantage of the ongoing constitution amendment process to decentralise the security architecture of Nigeria and involve states and local councils.

“I have learned from experience that Nigeria has a critical deficit of sustainable leadership. We seem to have a dearth of bold and courageous leaders who will clearly identify with what is good, and loudly tell the nation. We have a lot of lily-livered people who masquerade as national and regional leaders in this country, but are afraid to speak and advise the Federal Government correctly,” he said.

He noted that many leaders confided in him that his stance on ranching of livestock and rule of law was good for the country, “but they cannot speak publicly to support it.”

Ortom added: “Benue people have given me the mandate to lead them again because I have won their trust through selfless service. I have inspired them to denounce injustice, domination, and religious intolerance.”