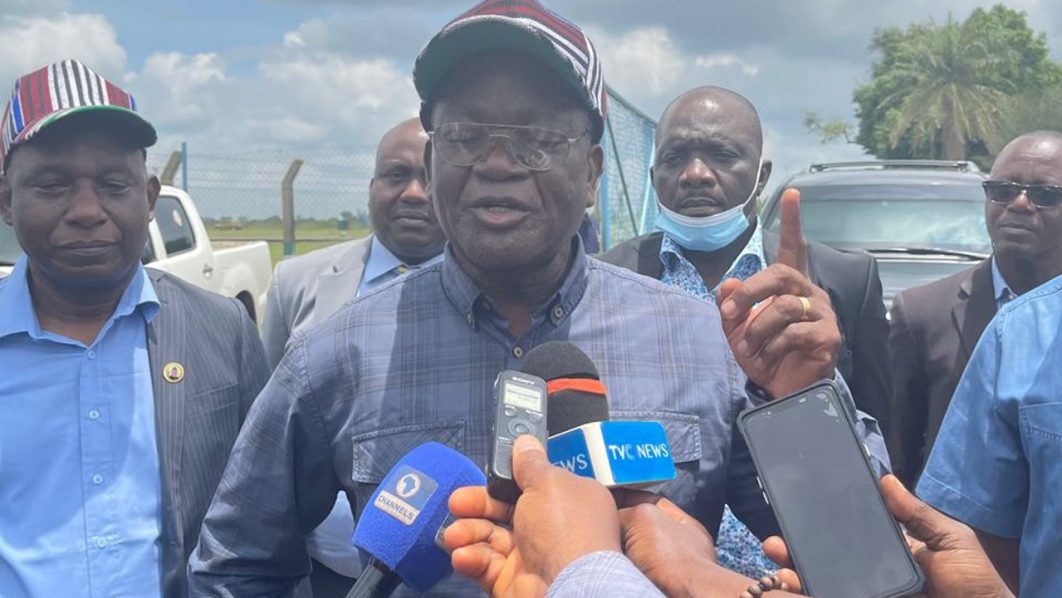 • Alleges nepotism at the highest level under APC govt

Benue State governor, Samuel Ortom, has said that Nigeria, under the All Progressives Congress (APC), is witnessing its worst level of disunity since independence.

The governor disclosed this, yesterday, in an interview with journalists at Makurdi Airport, following his return from Abuja where he attended an expanded meeting of Peoples Democratic Party (PDP) stakeholders.

He said: “They (APC) have shown that they are not a government that believes in protecting the life and property of Nigerians. Nepotism is at its highest level in this country under the APC government. Nigeria, since independence, has never been divided like this. Everybody is working for himself.

“Tribalism is promoted above the unity of the country. We cannot afford to fail Nigerians by not providing an alternative platform as we walk towards 2023. Because of that, we have met with the stakeholders of our party to find ways towards reforming the party.

Speaking at the meeting, Ortom said the PDP has resolved its internal wrangling and is poised for victory in future elections. He said the party has resolved to remain focused in the face of alleged intimidation and blackmail from the ruling APC. He affirmed that the opposition party is prepared to take Nigeria from bottom to top.

According to him, the PDP has learned its lessons and is willing to serve as a beacon of hope for the country’s democracy and as a people-oriented party capable of providing a better alternative. He said the 13 governors elected on the party’s platform remain united in promoting PDP’s interest above other considerations.

Ortom said the APC has failed Nigerians on all fronts including economy, security, and the anti-corruption fight. He regretted that the ruling party has abandoned the citizens to their fate.

He said: “We have decided that the national executive of our party should call for an early national convention in October. We have also agreed that the National Working Committee should remain till that time, according to the constitution of our party. This, we believe, will end protests and agitations for and against the NWC of our party.”

“For us, here in the state, we will be fully mobilised. Anyone that comes to rig the election in 2023 should say his last prayer. You cannot rig where we are the majority. It is impossible.”

BBNaija: We are too dependent on Whitemoney – Tega takes sides with Pere

BBNaija: We are too dependent on Whitemoney – Tega takes sides with Pere