Nigeria: Beyond the 2023 clamour for presidency 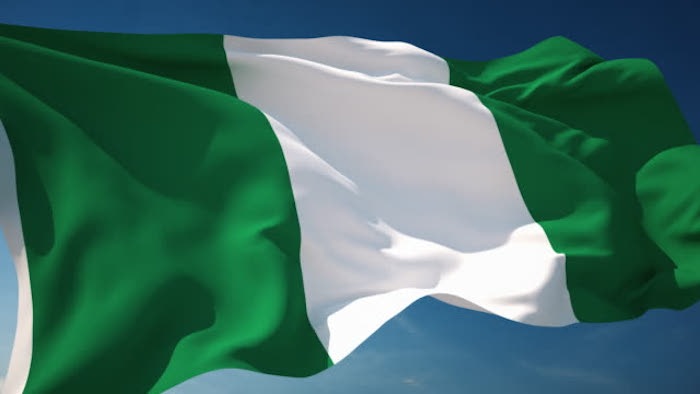 When we look at the current state of affairs in Nigeria, we consider the clamour for 2023 Presidency as of no consequence, as insignificant, and worthless. We are not bothered whether any such a fellow will come from the North or from the South, whether he or she will be an Igbo, a Yoruba, a Hausa/Fulani, or any of the minority ethnic groups in the country.

Why should we be clamouring for who will be the President of Nigeria in 2023, when we are not even sure that the country will still be there in 2023? Nigeria, today, is sitting on the edge, fast descending into the abyss, into the bottomless pit. We take pity on whoever will be elected President in 2023, because the fellow will be inheriting a heavy burden, a very big liability.

Geregu Power in talks with AFREXIM unit for equity stake

Presently, there is no trust between the people in government and those they are governing; between the Northerners and the Southerners, between the Christians and the Muslims, etc. Each group is on its own, none trusts the other, they play individual games, no unity, no cooperation, while the country is polarized.

Insecurity has assumed an alarming dimension, with fear gripping everybody in the country. Many people are dying on daily basis in the hands of bandits, armed robbers, kidnappers, Boko Haram, Fulani herdsmen. They kill, kidnap, maim and rape women in their farms.

Nigerians who previously would repose their confidence in their government, and would look up to them to assume their primary responsibility of protecting lives and properties, were disappointed, when they were told to look after their individual protection. It was something unheard off, either because the government was overwhelmed, unwilling, unable, and incapable of assuming its primary responsibility of protecting lives and properties, or that the system itself has failed, has collapsed.

Why should a government elected by the people, and whose duty it is, to protect lives and properties, abandon that responsibility to ordinary men and women in the streets? This would be invitation to chaos, hopelessness, a state of no government, a primitive society, a Hobessian state of nature, where everybody was on his own, and where life was brutish, nasty and short.

The other day, somebody told us that the Armed Forces of Nigeria have been divided into the Christian and the Muslim soldiers, whereby Christian soldiers were deployed to kill Muslims, and Muslims soldiers deployed to slaughter Christians. That was what one Islamic cleric, called Shiek Ahmad Gumi, had told us, and the man is still walking the streets, a free man. That shows the extent to which the country has degenerated, everything viewed from the prisms of religion and ethnicity.

We now live in a system where people repose more confidence in non-state actors, in ethnic militias, Amotekun, Eastern Security Network, etc., than in the government security agencies, funded with taxpayers money. This is due to the belief that the government and its security agencies were not doing enough to protect lives and properties.

The fragile relationship existing between the North and the South seems now to have broken down irretrievably. The South, which ordinarily have been accommodating the North, together with their cows, the Fulani herders in particular, are no longer willing to do so. They have served a quit notice to the Fulani herders operating from their forests, accusing them of abusing the people’s hospitality. They accused Fulani herders of turning themselves into predators, killing, kidnapping, maiming, raping women in their farms, destroying people’s farmlands and burning down their houses.

In retaliation, the North decided to block, or cut off food stuffs and animal supplies to the South. They would prefer to have their foodstuffs rotten and their fellow countrymen from the South to die of hunger, since they believed that without them, the South could not feed themselves.

The South accepted that challenge, provided the herders left their place. Without prompting or pleading, the North called off their self-imposed strike and began to shift their foodstuffs to the South. Just to show how bad things are in Nigeria today.

These are some of the problems the Nigerian President in 2023 is going to contend with. From where will such a person start rebuilding the country? Everything is in a mess, in topsy-turvy. People’s confidence in the system is greatly eroded? Nobody trusts anybody, not the least, those who occupy governmental positions, because they have not been truthful. They will say one thing today, but tomorrow they will do another thing.

A Nigerian President in 2023, whether such a fellow is from the North, or from the South, whether he is Igbo, Yoruba, or Hausa/Fulani, etc., would therefore, end up being like the present one which we have, a lame duck, not doing anything. There would be many excuses, and lot of blame games. They would accuse past governments for being responsible for their non-performance. There would be many Lai Mohammeds, Femi Adesinas, and Garba Shehus, all trying to justify or to give excuses why the government was unable to deliver on its mandate.

So, instead of clamouring to have a President who will end up not doing anything, only to pride ourselves that the President is from our zone, from our ethnic group, belongs to our own religious group, etc., we should be striving to see how the present structure of the country could be tinkered with, so that whoever is elected President will have the freedom or latitude to perform, and the country not collapsed in his own hands.