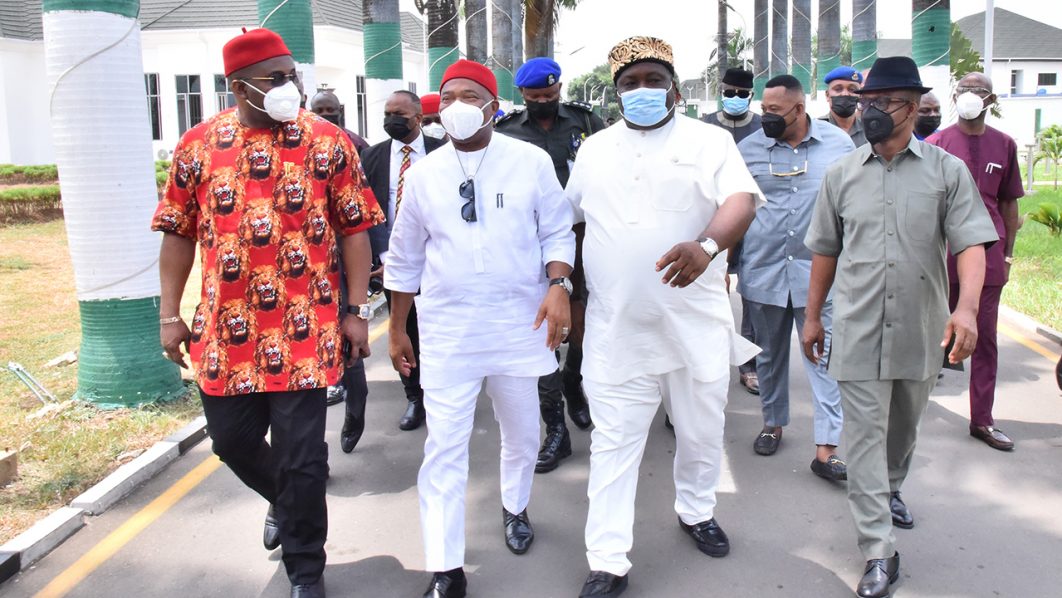 Abia State Governor Okezie Ikpeazu has said that the state should be made to benefit more from the proposed Petroleum Industry Bill on the basis of the peaceful disposition of oil-producing communities.

Ikpeazu stated this yesterday while receiving a delegation of the National Assembly Joint Ad-hoc Committee on Petroleum Industry Bill at the Government House in Umuahia.

He, however, said that despite the co-operation shown by the companies, the state gets little or nothing in return, leaving the oil-producing communities neglected.

He lamented that oil companies in the state do not pay taxes in Abia but rather reside in a neighbouring state and come to Abia with the help of heavily armed security guards to do their business and leave.

He commended the committee for the initiative to talk to Nigerians on the proposed Petroleum Industry Bill, noting “the major problem we have in Nigeria is the issue of trust.”

While admitting that there is a need to talk to the people, the governor pointed out that many Nigerians do not believe the government and stressed the need for government to encourage them, adding that by so doing, Nigerians will feel carried along and that would also help to assuage frayed nerves.

He also emphasised the need for engagement in value addition on petroleum products as against sole dependence on crude oil exportation.

The leader of the delegation, Albert Bassey Akpan, thanked the governor for the wonderful job he is doing in the state considering how much he receives.

He said they were in the state to educate Abians on the proposed Petroleum Industry Bill and what they stand to gain from it.

“The main thrust of the Bill is the creation of a trust fund for the host oil-bearing communities without government interference while the bill places responsibilities on the host-communities to protect the asset in their vicinity to create a balance and stability on their God-given resources,” he said.

He said the committee members would visit the oil-producing areas before the departure of the state.