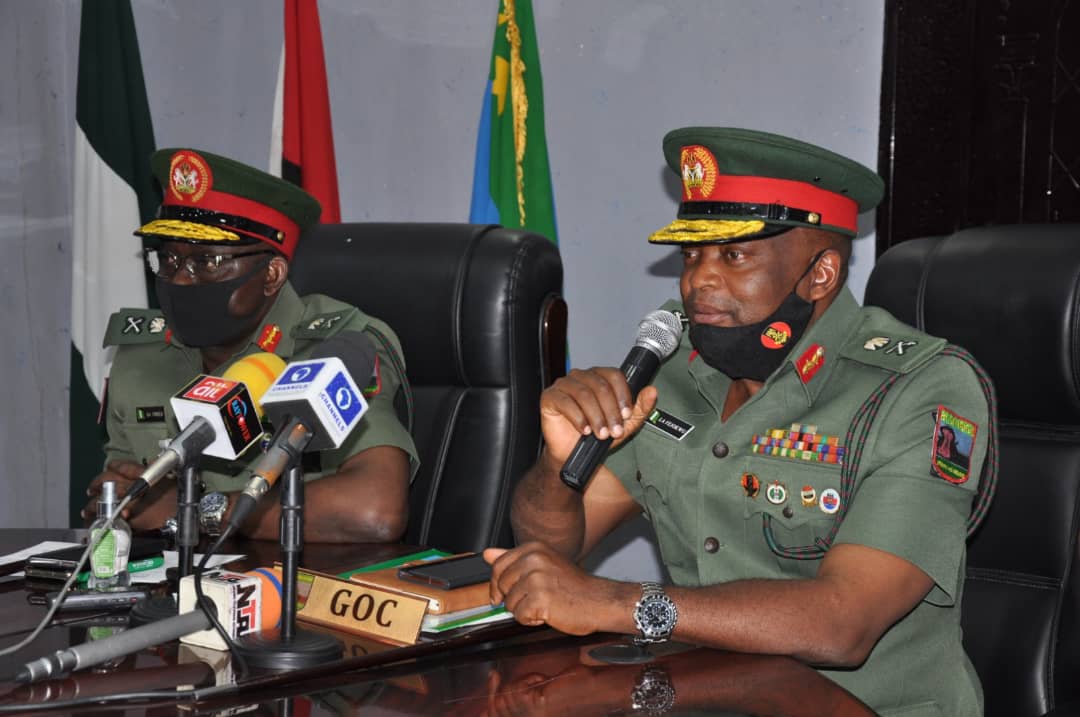 A new General Officer Commanding (GOC) 81 Division of the Nigerian Army, Lagos, Major General Lawrence Fejokwu, has officially resumed office with a charge to all officers and soldiers of the command to be prepared to work harder.

According to statement by 81 division public lations department, “Sequel to the recent reorganization of the top hierarchy of the Nigerian Army Maj. General Lawrence Fejokwu has assumed command as the 30th General Officer Commanding (GOC) 81 Division following the handing and taking over ceremony that took place at Headquarters 81 Division Conference Room.

“In a brief remarks during the handing and taking over ceremony the new GOC appreciated the Chief of Army Staff (COAS) Lt Gen I Attahiru for the opportunity given to serve the Nigerian Army in a higher capacity.

“Also he assured commanders and principal staff officers that his doors are open for new ideas on how to move the division forward.

“Maj Gen Fejokwu until his recent appointment was once a Directing Staff at Armed Forces Command and Staff College and National Defence College.”

Highlights of the ceremony included the signing of handing and taking over notes, decoration of the new GOC with the division insignia and hand-over of the division flag, which marks the symbol of authority.