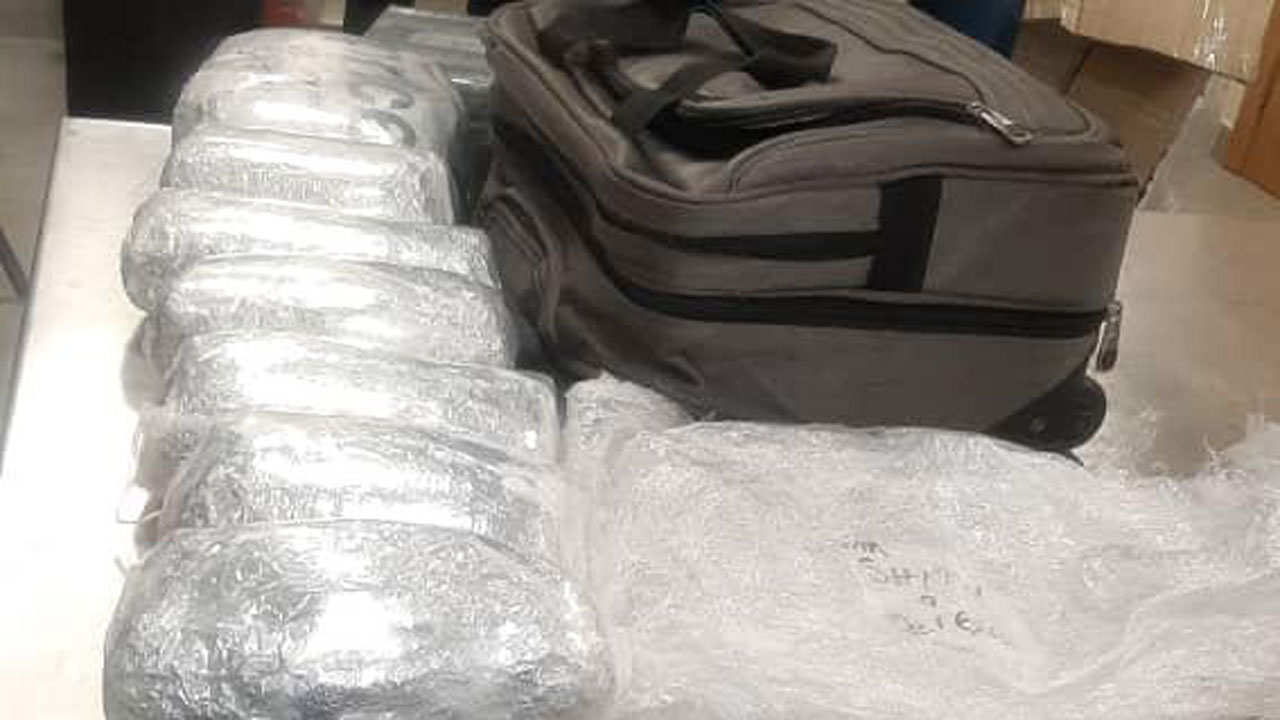 At the MMIA, Lagos, during cargo examination at SAHCO Import Shed, a freight agent had presented a cargo from South Africa with an Ethiopian Airline ET 3901 Airway Bill no: 071-40689003 for examination before NDLEA operatives attached to the beat. The officers subsequently conducted a search of the cargo during which a suspected brownish substance was discovered concealed inside a red sack popularly called ‘Ghana-must-go.’

During preliminary interview of the suspect, it was gathered that another freight agent sub-contracted the clearing job to him and eventually six suspects have so far been arrested in follow-up operations, while the substance had tested positive to heroin with a total weight of 24.05kg.

Another 1.25kg consignment in the consolidated cargo has also tested to be methamphetamine, bringing the total weight of illicit drugs seized in the cargo to 25. 3kgs. Though the cargo arrived the airport in the evening of April 16, properly searched the following day, April 17, follow-up operations leading to a number of arrests lasted till weekend.

According to the Commander, MMIA Command of the agency, Ahmadu Garba, “the heroin and methamphetamine consignments were tagged in different names to deceive our officers, but we still uncovered them and neutralised their plot.”

In a similar development, the MAKIA Command of the agency in Kano has intercepted and seized a consignment meant for export to Manchester, the United Kingdom, at its cargo shed.

A sample of the suspected substance in the consignment was sent for laboratory analysis, and the result was positive to khat, weighing 36kgs. This brought the total weight of illicit drugs seized at the two international airports to 61.3kgs.

Chairman/Chief Executive of the NDLEA, on Sunday, April 25, 2021, commended the officers and men of the Lagos and Kano airport commands of the agency for not allowing the illicit substances escape their watch either into Nigeria or foreign jurisdictions.

He assured them that he would continue to do his best to improve their welfare and take the anti-drug law enforcement agency to an enviable height.