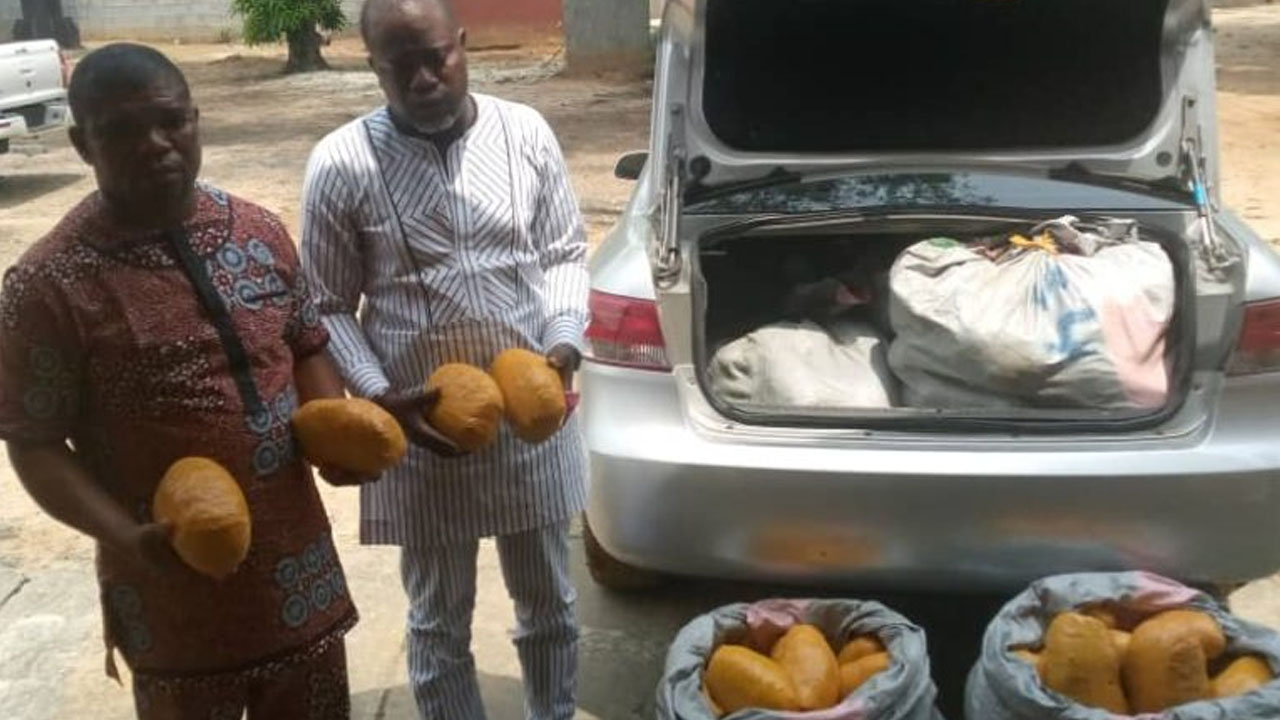 The arrest of the suspects is contained in a statement signed by the agency’s spokesman in Rivers, Emmanuel Ogbumgbada, and made available to newsmen on Tuesday in Port Harcourt.

Ogbumgbada said operatives of the command arrested the suspects when they allegedly tried to smuggle about 200 blocks of compressed Cannabis Sativa weighing 115 kg stored inside five bags.

“Two suspects have been arrested in connection with the seizure.

“Preliminary investigation revealed that the suspects were moving the illicit substance from Edo state to Omoku area of Rivers State to supply to their customers,” he said.

Ogbumgbada said the suspects were currently being interrogated by NDLEA’s operatives and had already provided useful information.