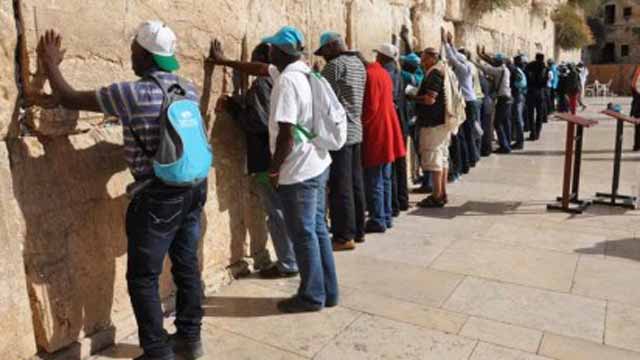 The Nigeria Christian Pilgrims Commission (NCPC) on Friday, began screening of all intending pilgrims from Gombe State, warning against absconding from the Holy Land.

Rev. Musa Jida, the Federal Commissioner on NCPC Board, Northeast Zone in an interview with newsmen in Gombe, said the exercise was to ascertain who was qualified to embark on pilgrimage.

Jida said that the screening was to specifically assess the health status of the intending pilgrims as well as to ensure that those going represented the country in good light.

“We need to have interactions and discussions that will give us an idea of who we are taking to the Holy Land.

“It is imperative to demand that all intending pilgrims have sound minds and commitment to improve on themselves, learn and bring back lessons that will improve the country.’’

The federal commissioner said Bauchi and Gombe states were the only states in the zone that had submitted their list, adding that the total number of intending pilgrims from both states were about 300.

While addressing the intending pilgrims, Mr Peter Okhueleigbe, the Director of Special Duties, NCPC Directorate Headquarters, said the essence of pilgrimage was not to make money, hence, warned against any attempts at absconding.

“This journey is an avenue to go and pray and come back and not an avenue to go and make money or abscond,’’ he warned.
The Executive Secretary of the Gombe State Christian Pilgrims Welfare Board, Mr Ishaya Karu, said the exercise was not to disqualify anyone but to ensure that all requirements particularly health were met.

Ishaya, who stated that pilgrimage was about faith, charged all intending pilgrims to be good ambassadors of their country and faith and “as they return, they must come back with changed minds and their belief strengthened.’’

He said that 75 intending pilgrims were expected from Gombe State to visit the Holy site in Jordan, adding that the state government approved 70, while five were self-sponsored.

He said that as soon as the screening was concluded, a date would be fixed by the NCPC and communicated to all intending pilgrims.

The News Agency of Nigeria (NAN) reports that aside the NCPC, officials of the Nigeria Immigration Service, National Drug Law Enforcement Agency (NDLEA) and other medical team conducted the exercise.