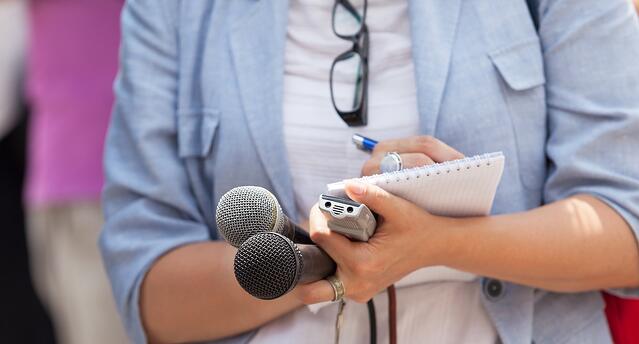 The Rivers State Police Command has been urged to end the rising cases of killing and trading of human parts in the state by redoubling its efforts in crime fighting.

Members of the Nigeria Association of Women Journalists (NAWOJ), Rivers State chapter, gave the charge yesterday during a courtesy visit to the state Commissioner of Police, Eboka Friday.

Chairperson of the association, Susan Serekara -Nwikhana, urged the police to fish out the ritualists and bring them to book to serve as deterrent to others, stressing the need to check suspected vehicles to ensure a crime-free society.

Recall that there have been trending stories of persons who escaped from ritualists’ dens and human parts dealers in Rivers State.

The escapees, both men and women, while narrating their real-life experiences, said they were picked as passengers by some hoodlums who disguised as commercial vehicle operators, while others said they were kidnapped but a popular movie actor said he was invited to shoot a movie in the city by suspected human parts dealers.

MEANWHILE, NAWOJI chairperson frowned on situations where the police often opt for settlement of rape cases out of court, which, according to her, portends danger to the victim. She called for stiffer penalties against rapists.

Responding, the police boss stated his administration’s determination to provide quality service to the people and urged everyone to assist by providing relevant information. He promised to give the much-needed assistance to the association.

In another development, a 30-year-old man, Henry Ogbuji, from Emohua Local Government Area of the state, is in police net for allegedly impregnating a 12-year-old girl in the area.

It was gathered that the victim is a maid to the suspect’s neighbour in the compound. Ogbuji was arrested by Rumueprikom (Kala) Divisional Police headquarters in Port Harcourt following a complaint lodged by the victim’s guardian after discovering that the minor was pregnant.

It was alleged that Ogbuji defiled the 12-year-old girl when she came into his house on an errand in March, 2021.