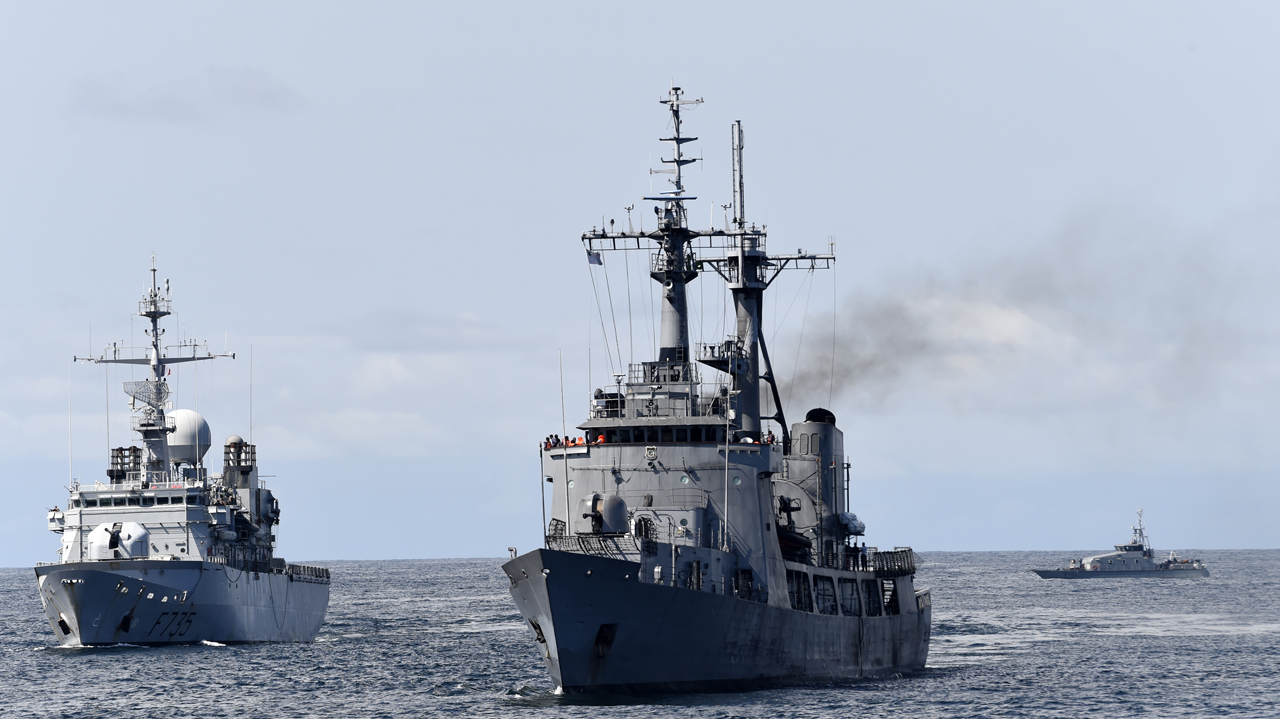 The Nigerian Navy, on Monday, deployed 14 warships and two helicopters to tackle the rising cases of piracy in the Gulf of Guinea (GoG).

Intelligence from the International Maritime Organisation (IMO) had indicated an increase in sea crime around the GoG.

But the Chief of Naval Staff (CNS), Rear Admiral Awwal Zubairu Gambo, at a media briefing to flag off ‘Exercises Secured Waters,’ said the 14 ships and helicopters had been directed to ensure that the nation’s territorial water is safe for commercial activities.

Admiral Gambo said the exercise, which is the CNS First Quarter Sea Exercise for the Year 2021, was aimed at sending strong messages to pirates and their sponsors that it was no longer going to be business as usual.

The CNS, who addressed newsmen onboard the Nigerian Navy Ship (NNS) Thunder, disclosed that his cardinal priorities were to improve the operational efficiency of NN’s fleet in terms of sea readiness and its availability for operational deployments to speedily boost the Navy’s capacity to meet its statutory maritime commitments.

“Over the past years, the NN has made significant progress in the fight against various forms of maritime crimes. The sustainment of the aforementioned gains is hence critical to our national survival given the huge contribution of the nation’s strategic maritime resources to national prosperity and development.

“This exercise is therefore a demonstration of the navy’s resolve to strengthen and consolidate on previous gains by acting decisively against pirates, sea robbers and other enemies of the state. Such strong commitment will further reassure our regional and international partners of our readiness to weather ongoing partnerships and collaboration towards our collective regional security,” he added.

Addressing officers and personnel of the Navy before the 14 ships casted off, the Flag Officer Commanding (FOC), Western Naval Command, Rear Admiral Oladele Daji, said the exercise involves deployments of assets from all the three operations command, Naval Training Command as well as adequate support from the logistics command and autonomous units.

He said the exercise presents an opportunity to evaluate and revise the navy’s operational and projected fleet response plans.

He said this was with a view to attaining a focused alignment with the strategic guidance issued by the by CNS in his vision and mission statement.

“The Exercise also provides the platform to align our training objectives with our operational requirements and provides a test bench for the planning and execution of our coordinated strike capabilities.

“It is also pertinent to state that the Exercise comes against the backdrop of cases of piracy in the GoG and the recent efforts to rejig the maritime security particularly in the Lagos Area. Within this context, maintaining our strategic deterrence posture and influence in the maritime environment is critical to our economic prosperity and regional stability.

It is my firm belief that the Ex will give additional impetus to our overall maritime combat experiences in order to ensure that the NN remains relevant not only in the defence of the territorial integrity of Nigeria but also in other contributions to the nation’s economic prosperity” he said.