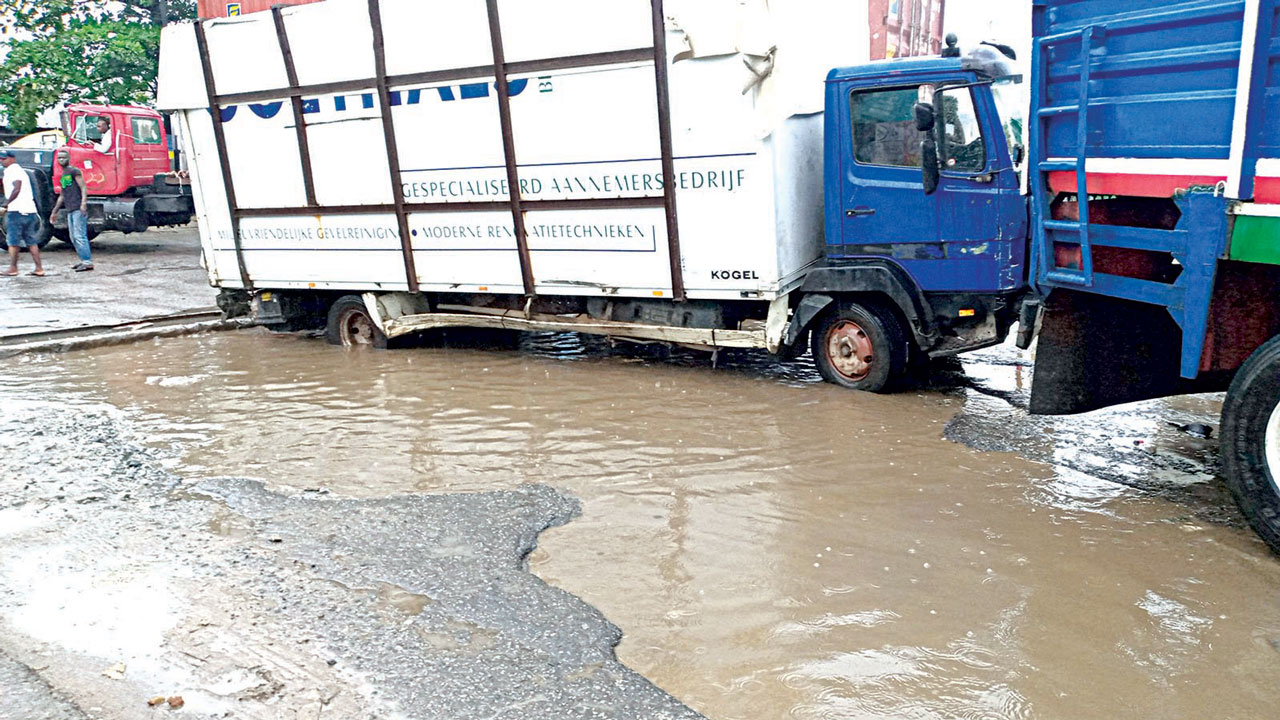 Local council calls on companies to be socially responsible

Worried by the bad state of Mushin/Isolo roads and dreadful traffic gridlock in the area, motorists and road users have called on the state and local council to stand up to its responsibility and fix the roads ahead of the rains.

The Mushin/Isolo road, on the Ile-Iwe Meta axis, which leads to Lagos State Polytechnic (LASPOTECH), Ilasa, is in deplorable state with several potholes, which have destroyed many cars.

A trader in the area, simply identified as Mrs Fakeye said: “This road has destroyed a lot of cars. Sometimes when trucks or cars get stranded here, it takes towing vehicle service providers to get them out of the road. The road has also led to a lot of accidents. From LASPOTECH to Ile-Iwe Meta, there have been constant gridlocks daily. The government should repair the road because of rains. We are really in pain.”

According to Mr Semiu Taiwo, “The state of the road from LASPOTECH to Aiye Bus Stop has led to increase in transport fare. There is also a lot of confusion on the road due to uncultured trailer drivers’ nuisance on the road. The government should come to our rescue. Bus drivers sometimes charge up to N300 because of the state of the road,” he said.

Another road user, Sokunbi Sikirullahi, a tricycle rider, said the road should not have been allowed to degenerate to its current condition.
Meanwhile, the Special Assistant to Isolo Local Council Development Area (LCDA) chairman on Media, Lanre Olaleye, explained to The Guardian that there is nothing that is be done at the local council level on the roads as it is a state road. He noted that the finances of the local council would not be enough to fix the roads. He, however, urged companies in the area to be socially responsible by contributing to the rehabilitation of the roads.

“Mushin road is a state road. We have worked on that road three times, which we also touched last year before the COVID-19 lockdown. There is nothing that can be done by the LCDA at this time because the rains are here. Even if we carry out palliatives on that road, it would be wastage.”

Meanwhile, Hon. Ganiyu Abiodun Justice, member of the House of Representatives, Isolo Constituency 2, promised to facilitate federal presence. The plan is to widen the road.

He added that Abimbola Street, which is on the Mushin route, is in a deplorable state.

“The council alone cannot fix that road. That place is an industrial area. The companies located at that axis are not socially responsible. There was a time we contacted all the companies in that area for the repairs of the road. None of them showed interest for the construction. We have tried several times to get their attention but it has been abortive,” he said.