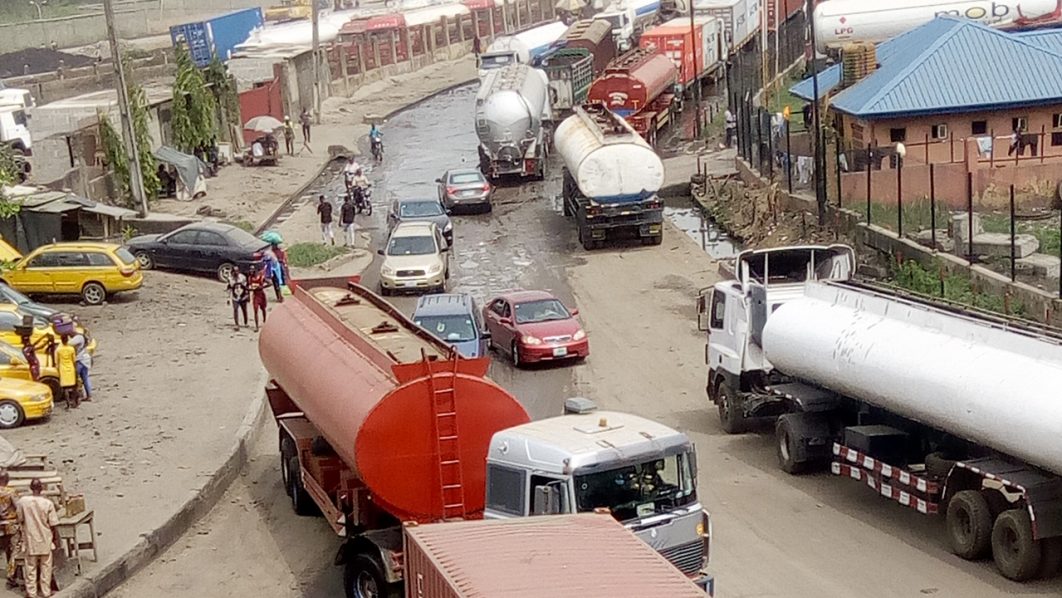 Barely two weeks into the repairs on the bridge, vehicular movement out of Apapa through the Marine beach bridge has remained turbulent for motorists, especially during the rush hours.

Vehicle users and commuters have been urging the contractor handling the rehabilitation to hasten up efforts and keep to the timeline for completion of the project.

The Federal and Lagos State governments had jointly announced, on March 9, that the bridge would be partially shut till Monday, June 21, 2021, for emergency repairs on the Apapa outward section.

The repair of the bridge, which started last year with the first phase, involves bearing and expansion joints replacement. 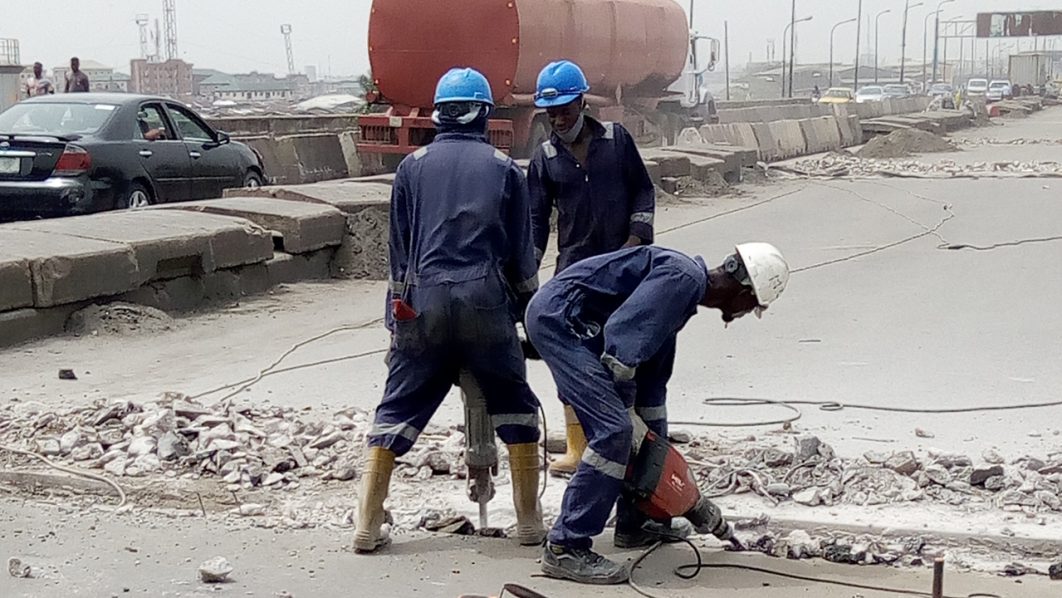 Specifically, construction works were implemented on the lane in-bound Apapa, while the present second phase focuses on the lane that conveys vehicles outside the axis.

The maintenance works for the infrastructure include removal and cleaning of the existing expansion joints to prevent further deterioration of the facility, which has been subjected to fire outbreaks on different occasions.

The rehabilitation work covers a stretch of 350 metres on the CMS-bound lane and the scope of work also cover a total of 60 bearings and 14 expansion joints, which are to be replaced alongside the removal and replacement of bad asphalts on the bridge.

Following the partial closure, traffic is diverted to alternative routes. Government sources had disclosed efforts to reduce the effect of the expected traffic, stating that palliative works have been completed on the alternative routes to ease movement.

As directed, motorists inwards Apapa are making use of Total petrol station underneath the bridge to connect Naval dockyard to Danlami/Leventis corridor and to connect Marine beach by Mobil through Federal Fire Service/Obanikoro to Naggaf/North Avenue to Wharf Road.

Also, vehicles from Ajegunle inwards Iganmu or Ijora are using the Agbo Malu to Tego Barracks to Total Petrol station underneath the bridge and ascend Marine Bridge to connect their desired destinations.

Despite these alternative routes, motorists are worried about the unexpected traffic woe brought about by the latest closure, stressing that the government could have declared a total closure of the bridge to complete both the first and the second phase at a single stretch since last year.

A motorist identified simply as Mr Samson said: “The government shutdown the bridge inward Apapa area of the state for repairs for a period of five months last year. The latest repairs would take another three months of pains and hours to get to our destination.

“The problem of this bridge is largely due to the fact that high trucks consistently pass through it almost 24 hours. I don’t think it was designed for the use of such heavy-duty vehicles and definitely, we have seen the effects on it now.”

However, the government had insisted that the repair works by the Federal Ministry of Works in phases are in line with best practices.

A visit to the facility yesterday revealed that work is ongoing on the 10 expansion joints of the infrastructure, which are being worked upon, under the bridge and at the surface sections. Engineers were sighted paving way for easy replacement of the already weakened joints of the facility.

An SPMT modular transporter vehicle among other earth-moving equipment was stationed beside the bridge. One of the site engineers, who pleaded anonymity, told The Guardian that the SPMT trailer would be used to lift the bridge for easy replacement of the depleted joints.

“SPMT is a Self-Propelled Modular Transporter, mainly used for on-site transportation. They are used for objects that are too big for trucks. It’s a platform vehicle with large array of wheels and would be used to transport the large bridge sections to replace the damaged joints. It has a grid of computer-controlled axles across.”

Narrating their ordeals since the repair works started, a motorist, Mr Tijani Abideen said: “The traffic woe has been huge. There are specific times of the day whereby the traffic will be so tough and completely blocked. Like in the morning when people are heading to work, it is usually very tight but when they have entered Apapa, the road would be free. To come from Apapa to Western Avenue from 8.am is always very difficult.”

“Some other times, it would be free when properly supervised by the stationed Lagos State Traffic Management Authority (LASTMA) officials. The officials used to work harder during such times. We are appealing to the government and the contractor that the repair work shouldn’t take three months because the traffic will affect a lot of people. The contractor should brace up with the work so that they can conclude it in time.”

Another driver in the area, Abdullahi Isah, lamented the delays before the start of the repair works stating that such shouldn’t have happened with the economic importance of the infrastructure to Apapa axis and the ports.

Isah said: “The bridge has been long overdue for repairs before the decision of the government to rehabilitate it and that is why we have found ourselves in the present situation of delays in traffic.”