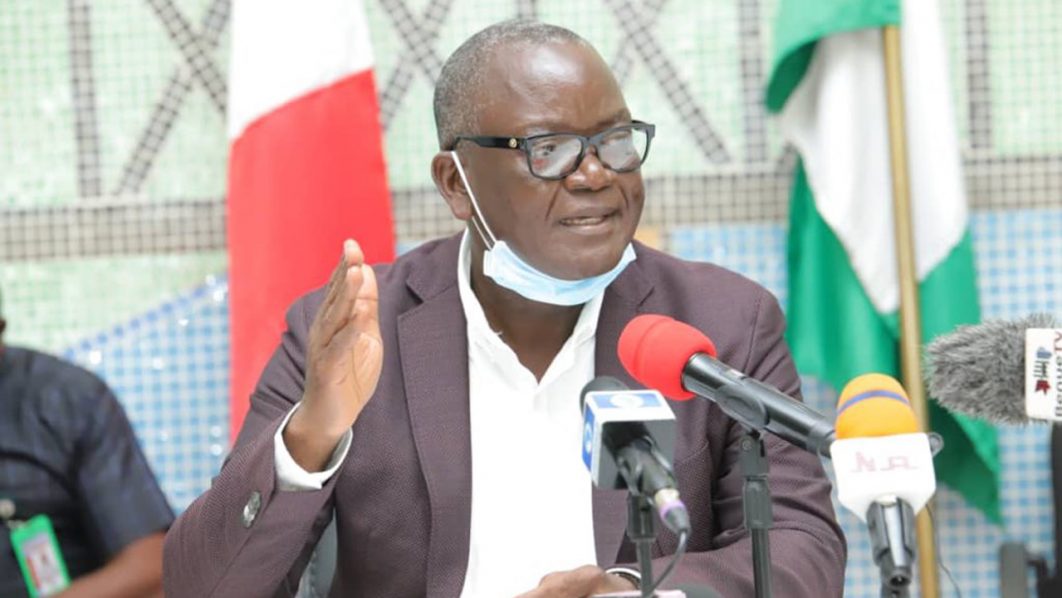 Kogi, Abia, Imo and Benue are the states yet to show any sign of willingness to begin implementation of the national minimum wage in their states, a document obtained by The Guardian has revealed.

The list, which is in the custody of the Nigeria Labour Congress (NLC), highlights the implementation stages of the national wage in all the states of the federation.

Deputy General Secretary of NLC, Bello Ismail, told The Guardian in Abuja that while most states are paying workers’ salaries, what is paid is not in tandem with agreed terms with state councils.

He said: “As far as the salaries of workers are concerned, most state governments are paying. Where we have a challenge is how much of the salaries are paid.

“But labour recognises states, such as Lagos, Jigawa and Akwa Ibom for doing very well as far as payment of salaries is concerned.”

In the list, no substantial progress has been made by the governments of Abia, Kogi, Benue and Imo states, while Kano recently came out to declare its inability to continue the implementation, citing the ravaging effects of COVID-19 on its finances.

Bello disclosed that the outbreak of COVID-19 since March last year slowed the process of minimum wage negotiation, adding: “All the negotiations that were on had to be put on hold because of the pandemic. We have not been able to kick-start the process since then. Negotiations were on in states like Yobe and Kebbi until COVID-19 came.”

He hinted that the economic instability induced by COVID-19 was cited by most state governments for restricting minimum wage implementation to level one to six while resisting extending it to other levels of service.

States that fall within this category include Sokoto, Bauchi and Kwara, while the Federal Capital Territory (FCT) is yet to commence the implementation of the new wage.

Also, most states are reluctant to pay the arrears, citing a lack of resources.

Conflicting reports are trailing the issue in Imo State. While the Chief Press Secretary/Media Adviser to Governor Hope Uzodimma, Oguwike Nwachuku, insisted that his boss had approved the payment of the N3, 000 minimum wage for workers in the state, with effect from January, this year.

Nwachuku, said: “Yes, the governor has approved payment of N30, 000 minimum wage and payment started in January. If you go to the Head of Service and Accountant General in the state, you will see it.”

But some senior workers told The Guardian that they were yet to receive any money on top of what they usually receive, rather about N3, 000 was being deducted from their salaries.

A few junior workers explained that they only received about N10, 000 additionally to their pay package in January, stressing that they did not enjoy such last month, while others who have issues with the automated payroll system accused the government of not paying them since February 2020.

A senior worker on Grade Level 13 confided in The Guardian: “We have not seen any additional money in our salaries, instead, the state government is deducting N3, 000. It is not static; it varies.”

Another junior worker on level 5, who pleaded anonymity, said she only received an additional N10, 000 last January, but nothing extra was received last month, adding: “As far as I am concerned, it is not minimum wage payment.”

Efforts to reach the state NLC Chairman, Austin Chilapku, proved abortive, as his phone number was switched off at press time.

It would be recalled that Uzodimma, in his 2021 Appropriation Bill last December, which has been passed and assented to, promised to start payment of the new wage in January this year.

In Abia, the Commissioner for Information, Chief John Okiyi Kalu, and state Chairman of NLC, Uchenna Obigwe, insisted that the state government was not defaulting in payment of the wage to its workers.

President of the NLC, Ayuba Wabba, insisted that the minimum wage is a national law that no state government can decline to implement.

Meanwhile, the Non-Academic Staff Union of Educational and Associated Institutions (NASU) has observed with deep concerns, the non-implementation of the minimum wage of N30, 000 for Nigerian workers by some state government since April 2019, when the National Minimum Wage Act, as amended, was signed into law by President Muhammadu Buhari.

It expressed worry that some state governments are deploying different antics to shy away from this responsibility by deliberately delaying the negotiation process with their labour unions, calling on the defaulting state governments to urgently implement the wage for their workers, as anything contrary is clearly unlawful and a breach of the Act, which can lead to industrial disharmony in the affected states.

Its General Secretary, Peters Adeyemi, told The Guardian in Abuja that it was dangerous for state councils to negotiate terms that are out of the national framework, as contained in the Act.

He also described as nonsensical, arguments that wages should be decentralised in the country because the economic realities prevailing in states are not the same, saying: “As far as I know, such argument, especially from government officials, is nonsensical.

“So, because the cost of living is higher in Lagos than Oyo, the wage that workers in Oyo take should be lower than that of Lagos? That argument cannot be further from the realities. We all know that the state governors, state legislators and other government officials receive virtually the same wages.

“Why can’t we, therefore, say that the governor of Yobe State should take less remuneration than that of Bayelsa or Lagos? Why are all the members of the Houses of Assemblies in all the 36 states of the federation, including the FCT, collecting the same amount? Is that not correct?

“Why would anybody come with the argument of prevailing economic circumstances to determine the minimum wage in Nigeria? Why is it that the wages of workers that is not up to 10 per cent of what is paid as emoluments of workers always become the problem?

“If we tabulate it, is what government functionaries are collecting not much more than that of workers? The salary and allowances of one governor can offset the salaries of thousands of workers. We are not talking about deputy governors, speakers of the state Assemblies, their deputies and principal officers of the House.

“If various arms of government reduce wastages, there will be so much money that paying workers will never be a problem. To my mind, it is not lack of money that is our problem; it is the love for wastages and wickedness in the high places.”

He said: “The question we need to ask ourselves is: How sincere and genuine is labour in using the strike to drive their demands. Strike by labour has become an instrument of getting the attention of those who contribute dues and check-off to them so that it would look like they are doing something.

“In many cases, the organised labour knows that they are not right, but they want to use the strike to justify their election.

“The painful thing is that when they strike and government attempts to apply the principle of no-work, no-pay, they say no. Anywhere in the world when you decide to go on strike, you should be ready to take care of yourself from the dues check-off during the period. That is how it is done in any civilised society.

“But in Nigeria, they will go on strike without rendering any service and still demand a salary. They are a lot of people been affected by labour strikes. We need to search our conscience each time we talking about pay or labour issue, we should put ourselves in the position of Nigeria. If we see ourselves as Nigeria, can we say we are doing the right thing?

“Labour is shouting that N30, 000 is small, but there are a lot of people earning less than that. So, who will agitate on their behalf? This is a time for us to pity Nigeria. Nigeria is our host. We need to be conscious enough.”

Adegoroye insisted that the government determining the right workforce commensurate with certain tasks is key in ensuring there is social justice, adding: “Salary is not really the thing. Of course, you need to pay people enough, so that they can live in dignity, so they won’t be tempted to steal and those who are honest will continue to have the courage, to be honest.

“But then, we must also be able to determine the right workforce we need for the job we are doing. If we cannot determine that and you bring so many people more than the number that is required, how do you expect things to work,” he asked rhetorically.

LAUTECH: Why Osun opted out of joint ownership with Oyo–Oyetola