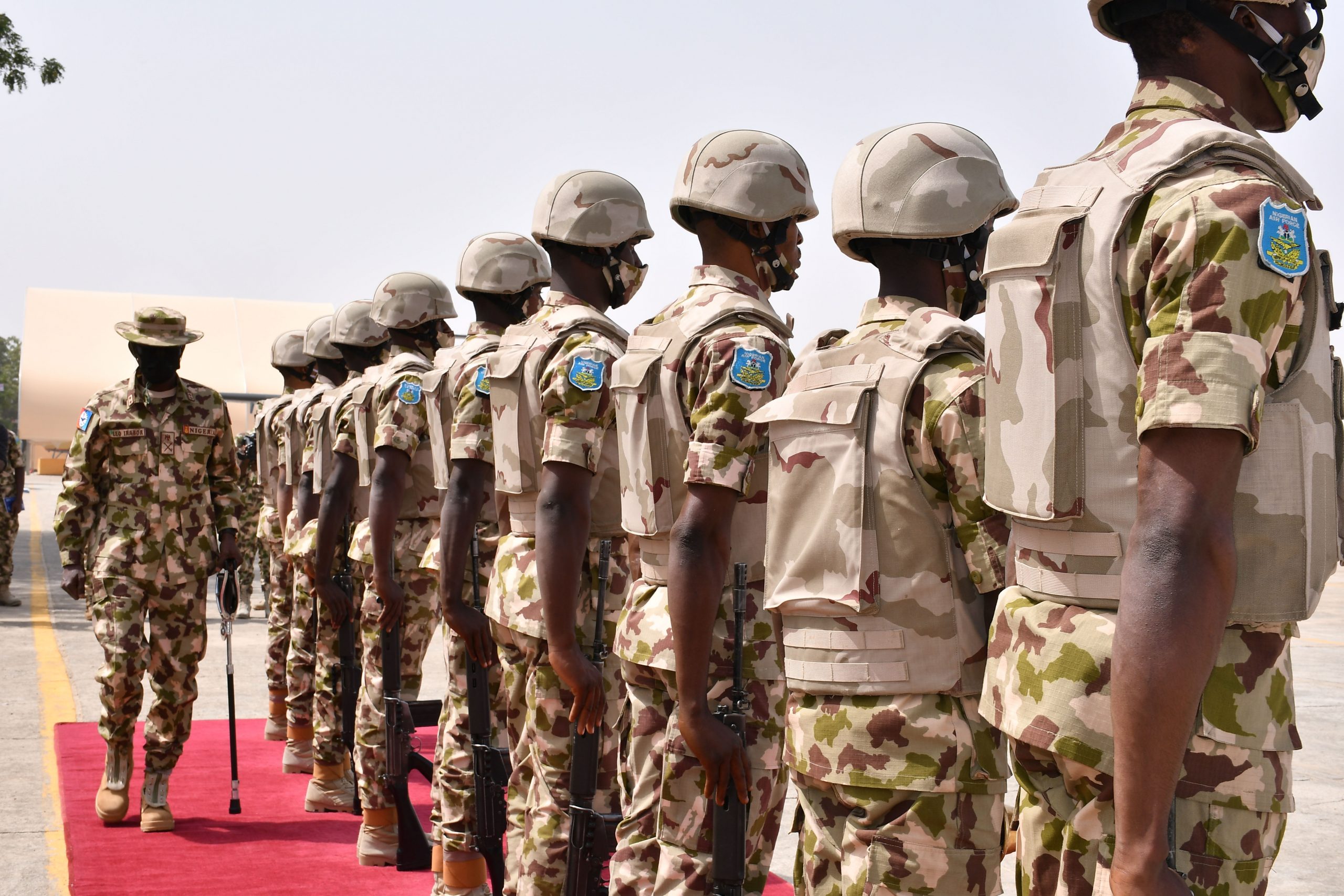 After six months of training at the Nigerian Armed Forces Resettlement Centre (NAFRC), Oshodi, 343 courses 1, 2021 soldiers were disengaged from the military.

Their disengagement brings to over 50,000 personnel equipped with vocational and entrepreneurship skills since the inception of NAFRC.

The retirees, including 26 women, comprised 266 from the Army, 71 from the Navy and seven from Air Force, while the forces lost two men.

Speaking at the graduation, the Chief of Defence Staff (CDS), Gen. Lucky Irabor, said the concluded pre-retirement course trained retiring personnel on rudiments for successful reintegration into civilian life after meritorious service to the country and asked them to remain dedicated, disciplined as they reintegrate into the civil society.

Irabor, who was represented by the acting chief of training and operations, Defence Headquarters, Rear Admiral Okon Eyo, said their completion of the intensive training was a reflection of determination, commitment and discipline, which were attributes acquired in the course of service to the nation.

He added that the retired soldiers had been transferred from active military duty to the legion of veterans who will continue to make positive contributions to the Federal Republic of Nigeria.

Admonishing the officers on the challenges ahead, he said, post-service life has its peculiar challenges, which would include management of resources, especially retirement benefits, influences from friends and family members, management of both mental and physical health as well as integrating with the civil society, urging them to be proactive in conduct to avoid problems.

In his remark, NAFRC commandant, AVM Mohammed Idris, said the centre has been well-positioned to optimally deliver on its core mandate of vocational training not just for retiring personnel of the Armed Forces of Nigeria but also for all Nigerians.

Awo Okonkwo, who served in the army said: “It was a challenging moment for him. He thanked God for seeing him through another retiree, who served in the Navy, Lawal Olamiposi, said it was a tough time serving as an officer, as a wife and a mother.

She said: “Being an officer requires a lot from me, especially being able to manage my in-laws, children and home. When I am at home, I put my military self away and act like a wife and mother and when I am away I am an officer.”