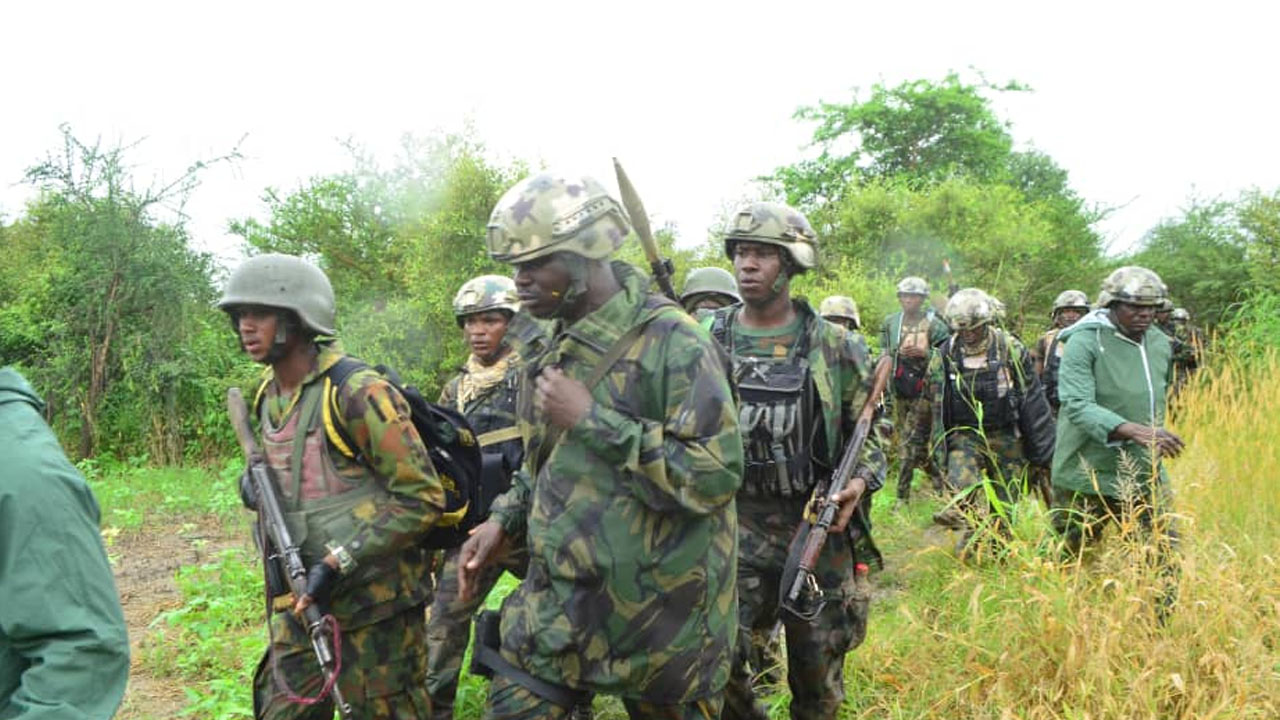 Maj. Ibrahim Shittu, Media Officer of the task force, made the denial in a statement on Thursday in Jos.

According to Shittu, the allegation making rounds that its personnel killed a certain woman during a protest, was malicious and false.

He said that the deceased was hit by a stray bullet during another violent protest staged by a group of women in the community.

He explained that personnel of the task force are well trained and have been deployed to the area to maintain peace, and have been operating within the rules of engagement, code of conduct and respect for fundamental human rights.

“To set the record straight, on March 5, following a reported case of the destruction of farmland belonging to one Mr Ibrahim Amako by a group of herders numbering five, the Secretary to the District Head of Gon Gora, Mr Ayuba Bungon, intervened in the case where he facilitated the payment of the N300,000 compensation to appease the victim.

“On March 6, at about 6:55 p.m. while on routine patrol, our troops were informed that the Secretary and five herders were kidnapped by unknown persons suspected to be youths of Gora Village at Ungwan Masat along Gora–Zonkwa road while returning home.

“Troops in conjunction with other security agencies swiftly mobilised to the scene and successfully rescued the secretary unhurt, while two out of the five victims later escaped from their abductors. Efforts are ongoing to rescue other missing persons.

“Troops while searching the general area recovered one locally fabricated assault rifle, four rounds of 7.62mm special and a bag containing rings and charms,” he said.

Giving further details of what transpired, Shittu said women of the community staged a protest on March 22 and another on March 23, and expressed their displeasure with the spate of killings in the area.

“In the same vein, March 22, a group of women staged a peaceful protest at troops location in Gora village. The protesters expressed their displeasure over the constant killing of their people by suspected militias which led to people deserting the village over the fear of a possible reprisal attack.

“The protesters were addressed by Col. David Nwakonobi, the Commander of our Sector 6, to sheath their swords and embrace peace. They later dispersed peacefully.

“On March 23, at about 5: 45p.m., troops received a distress call of violent protests by women and youths of Gon Gora, Bafai Gora and Sagwaza villages. The violent protest was believed to be sponsored by some aggrieved elites of Zagon Kataf.

“Troops swiftly mobilised to the scene in order to restore normalcy to the area. Troops on arrival at the scene of the incident were however encountered by some youths in the midst of the female protesters firing and pelting dangerous object at the troops.

“In the pandemonium, one of the female protesters in close contact with troops was hit by a stray bullet from the youths, while an elderly man sustained a gunshot injury on his right hand,” he explained.

Shittu further explained that some youths later barricaded the exit and entry routes of the community and demanded for the withdrawal of troops from the area.

He said troops later apprehended eight suspects involved in the violent protest and recovered one locally fabricated assault rifle and three cartridges from the suspects.

“The arrested suspects are currently in our custody undergoing preliminary investigation.

“The injured person is currently receiving treatment at Saint Louis Hospital Zonkwa, while the corpse of the deceased has been deposited at the morgue of General Hospital Zonkwa.

“Normalcy has since returned to the general area while troops are maintaining vigilance to forestall any further breakdown of law and order,” Shittu said.

The media officer warned mischief makers to desist from fomenting troubles and violence in the Southern Kaduna and across its joint operational areas, adding that anyone caught would be made to face the full wrath of the law.

He, however, solicited public support to the task force to enable it to achieve its mandate of promoting peace and tranquillity in the society.