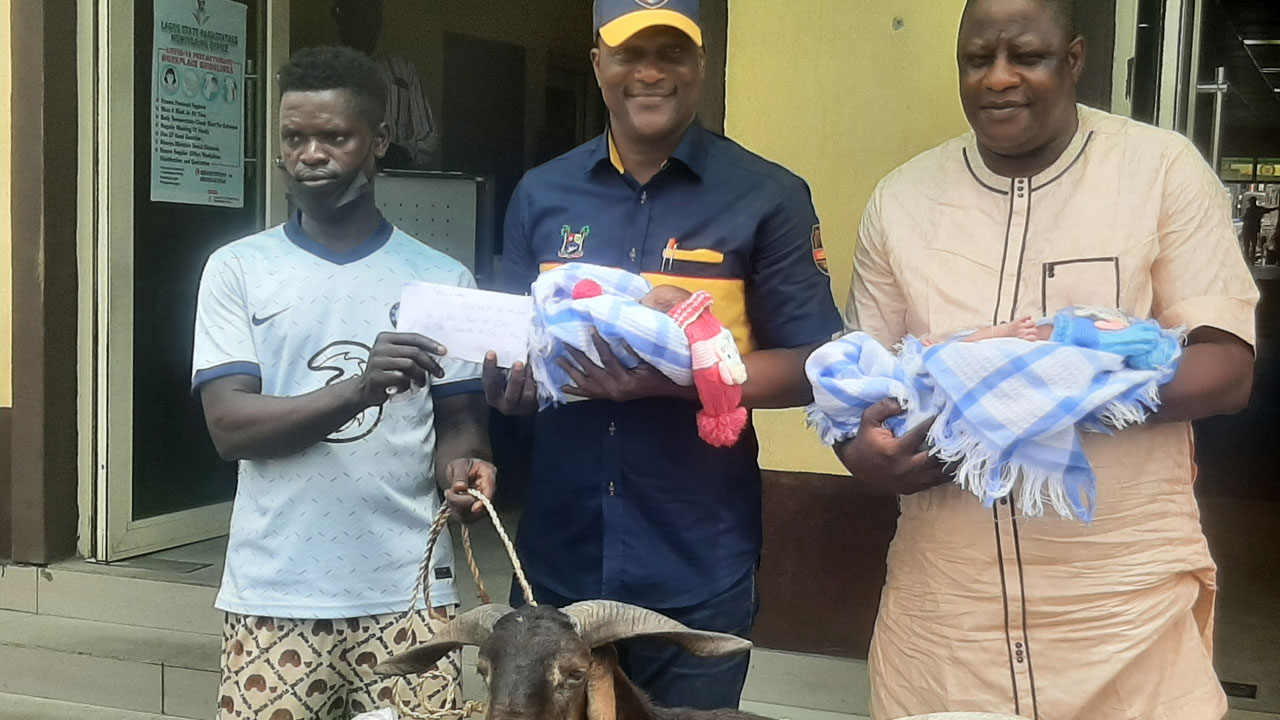 The Chief of Staff to Lagos State Governor, Mr. Tayo Ayinde, has assisted twins delivered on July 13 at Okokomaiko by a mentally challenged with cash.

Chief Executive Officer, Corner47 Group, Mr. Gbolahan Odusanya, donated the money on his behalf. Odusanya also facilitated a donation of ram and bag of rice for the twins’ upkeep by Imam Hakeem Kosoko.

The materials were handed over to Mr. Sola Ademola, brother of the twins’ mother yesterday at the Bolade office of the Lagos Neighbourhood Safety Agency.

The agency’s General Manager, Prince Falade Oyekan, said the donation was made after confirmation of claims.
According to him, the agency sent out intelligence officers to investigate the claim brought by Odusanya, who runs ‘Iyen Naa Nice’ on social media.

“Our men visited the Divisional Police Officer at Okokomaiko and also visited the woman’s home to confirm the claim. The outcome of our intelligence gathering and operation report is what you are witnessing today,” he said.

Prince Oyekan hailed Odusanya for bringing the matter up and also donated money on behalf of Mr. Ayinde. He urged Lagosians to emulate his gesture.

Odusanya also promised N20,000 monthly for the upkeep of the twins until the state government takes over, urging Nigerians to help Ademola get a good job.

This, he said, would enable him to take care of the twins. He said the state government was interested in the upkeep of the babies. Ademola thanked the donors, Odusanya and the Neighbourhood Safety chief for their assistance

He said the twins’ mother had been sick for over 18 years. After the delivery, he said, the woman was taken to Osogbo for further treatment.