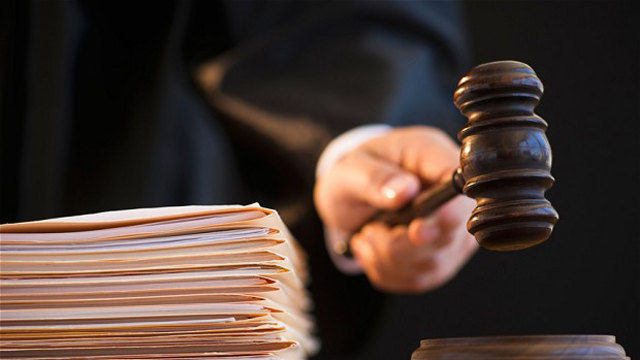 The Police in Enugu on Wednesday arraigned Gabriel Arum, his son, Kenechukwu and Ifeanyi Obasi before an Enugu East Magistrates’ Court for allegedly stealing a security gate valued at N100,000.

The trio was also arraigned on a five-count charge bordering on unlawful damage, breach of peace and stealing.
The security gate were said to be the property of one Mr Douglas Ogbodo at Umuchigbo, Iji-Nike in Enugu East Local Government Area.

However, when the charges were read out, the trio pleaded not guilty except the 2nd accused, Gabriel Arum, who could not take his plea appropriately due to loss of the state of mind.

The prosecutor, C.O Ugwu, said that the matter had been delayed since 2017 until recently reassigned to a new Magistrate and a fresh plea taken.

According to him, the accused had on Nov.16, 2017, in Umuchigbo Iji-Nike, broken into the property of the complainant, stole the security gate and damaged other items.

Meanwhile, the counsel for the accused persons, Mr Iyobosa Izevbigie, pleaded with the court to grant his clients bails in liberal terms and he also tendered a medical report for the 2nd accused person.

Izevbigie applied for the release of the 2nd accused person from appearing in the matter given his health condition.

The Magistrate, Mrs A.N. Chioke granted the accused person bail to the sum of N200,000 each with three sureties for each in like sum.

Chioke said the sureties must be a level 12 officer who resided within the jurisdiction of the court, related to the accused and order that their photographs be submitted to the court.

She added that she would discuss the issue of releasing the 2nd accused person on the next adjourned date.
Chioke however, adjourned the matter till April 14 for a hearing.