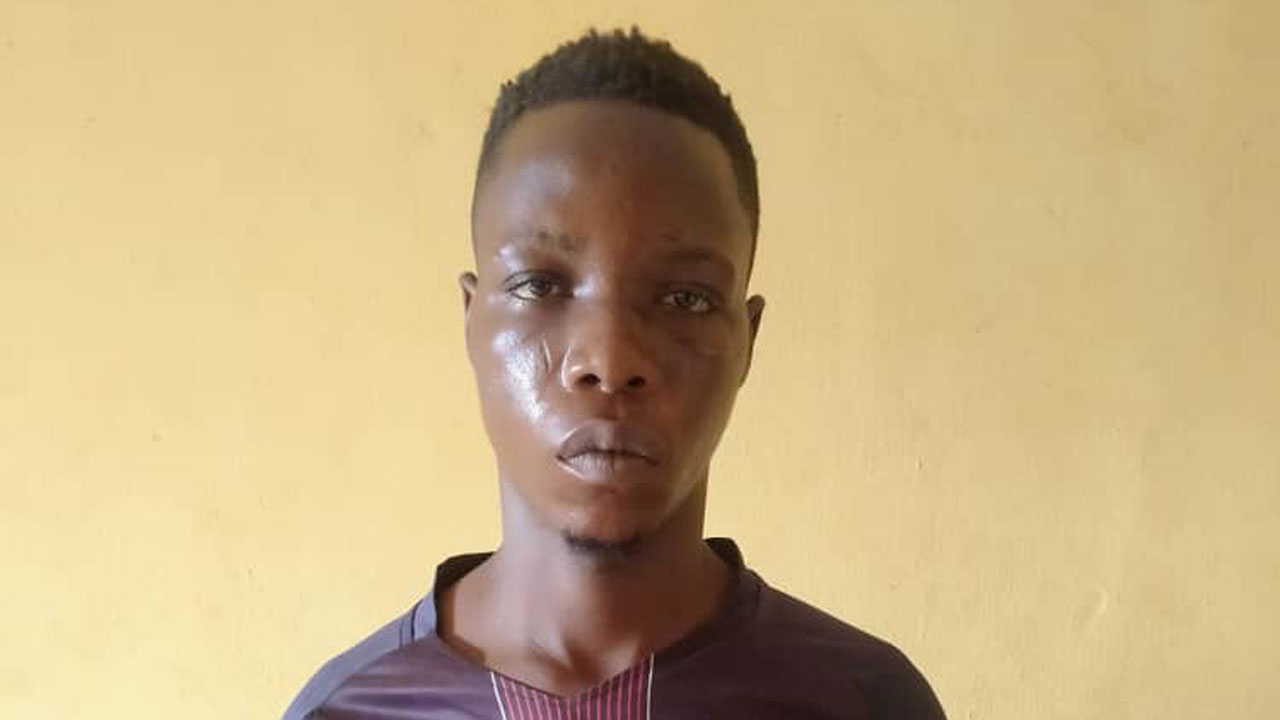 The suspect, who has since been arrested by operatives of Ogun State Police Command following a report lodged by one Odunayo Mathew at the Atan-Ota Police Divisional headquarters, was fond of beating his wife on slight provocation.

On the fateful day, the suspect, as usual, beat up his wife and inflicted injuries on her, which forced the deceased to confront him in his apartment to warn him to desist from beating her daughter.

It was learnt that immediately he sighted the deceased in his house, he descended on her heavily and stabbed her on the ribs with a knife. The deceased was rushed to a hospital for treatment, but gave up the ghost in the process.

The Police Public Relations Officer of the command, DSP Abimbola Oyeyemi, said immediately the suspect heard that the victim had died, he took to his heels. The Divisional Police Officer, Atan-Ota division, Abolade Oladigbolu, detailed his detectives to go after him and bring him to justice.

The detectives embarked on intelligence-based investigation, which led them to his hideout in Ikorodu, Lagos State, where he was eventually apprehended.

“Preliminary investigation revealed that the suspect is a member of notorious cult group in the area. He was also one of those who led hoodlums to burn down Atan-Ota police division during the #EndSARS protest, killing the divisional crime officer on October 21, 2020.”

Meanwhile, the Commissioner of Police, Edward Ajogun, has ordered the immediate transfer of the suspect to homicide section of the state criminal investigation and intelligence department for discreet investigation.